The Kremlin’s admission of Russia’s recent losses could be an attempt to deflect criticism for its failures away from Vladimir Putin and onto the Russian Ministry of Defence, experts have claimed. Following a successful counter-offensive by Ukraine in Kharkiv, Russian state-tv began extensively discussing the country’s losses in a rare admission of Moscow’s failures. The Institute for the Study of War (ISW) assessed in its September 13 campaign report that the “Kremlin’s acknowledgment of the defeat is part of an effort to mitigate and deflect criticism for such a devastating failure away from Russian President Vladimir Putin and onto the Russian Ministry of Defence and the uniformed military command.” The ISW added that the blame Kremlin sources are shifting away from Putin is being directed at “underinformed military advisors within Putin’s circle.”

David Marples, a professor of Russian and East European history at the University of Alberta in Canada, told Newsweek that Russian Defense Minister Sergei Shoigu, who was appointed by Putin himself in 2012, despite having no military background, is “a convenient scapegoat” for Russian war losses.

Professor Marples added that he believes Shoigu “has been left out of military planning for some time now.”

An intelligence update from the British Ministry of Defence late last month cited independent Russian reporting that Mr Shoigu was being “sidelined within the Russian leadership, with operational commanders briefing President Putin directly on the course of the war.” 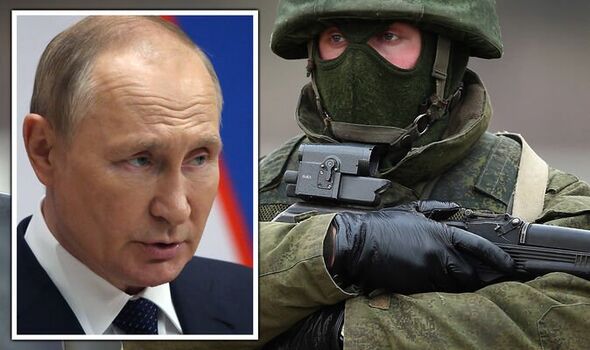 Good morning, I’m Olivia Stringer and I’ll be bringing you all the latest developments on the war in Ukraine for the next eight hours. Please feel free to get in touch with me as I work if you have a story or tips to share! Your thoughts are always welcome.