Pubs crippled by Covid restrictions are to be given tens of millions of pounds in extra financial support.

So-called ‘wet pubs’ – those which do not serve food – will be eligible for grants to help them survive the winter.

The support will be available in all Tier Two and Three areas, which cover 99 per cent of the population.

But there will be no additional help for restaurants or pubs that serve meals, despite the fresh restrictions on their trade. 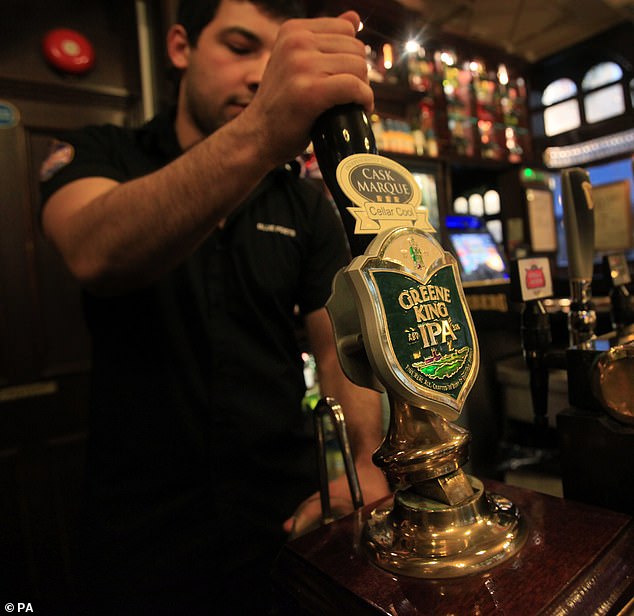 The move is designed to curb Tory anger over the impact of Covid curbs on a hospitality sector that has already weathered two national lockdowns.

The idea was floated by Downing Street with rebel MPs over the weekend, leaving the Treasury blindsided yesterday by reports that Rishi Sunak was poised to open the chequebook again.

A deal was hammered out between the Chancellor and Boris Johnson only yesterday morning.

The Prime Minister hinted at the additional help last night while touring a vaccine production facility in Wales.

He said: ‘I particularly understand the frustration of the hospitality sector which has borne so much and been through so much in the last few months.

‘We will do everything we can to protect and encourage that sector through the weeks and months ahead.’

Mr Johnson said ministers were looking at providing the ‘most generous support we can’ for all sectors.

But he added: ‘The best thing for every sector is if we can keep the virus under control.’

Sceptical Tory MPs have been pushing for more help for the hospitality sector since the impact of the new Covid tiers regime became clear last week.

The trade body Hospitality UK predicted that three quarters of firms in the sector would not survive life in the top two tiers. 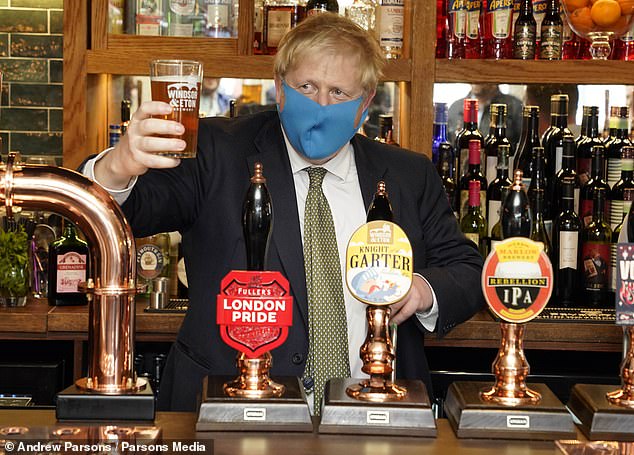 Matt Vickers, Tory MP for Stockton South, said the level of support would be a factor in his decision on tonight’s vote on the new tiers.

Pubs and restaurants in Tier Three are permitted to serve takeaway customers only.

In Tier Two, people from different households cannot sit together indoors. In a further restriction, alcohol can only be served with a ‘substantial meal’, dealing a crippling blow to pubs that focus on drink sales.

Tier One is the only level that allows indoor socialising and applies to just Cornwall and the Isle of Wight, covering just 1 per cent of the population.

A Government source last night acknowledged that the plans would have a serious impact on those pubs that do not serve food.

‘There is a particular issue with wet pubs,’ the source said.

‘Many of them rely heavily on their Christmas trade and cannot operate normally this year. We can’t make up for all the lost trade, but these grants will help.’

But Mr Sunak successfully argued that other parts of the hospitality sector are already benefiting from generous support.

Downing Street pointed out that firms in the sector can furlough their staff and access grants of up to £3,000 a month if they are forced to shut.

They also benefit from cuts to VAT and business rates.