THE WIFE of Republican Senator Josh Hawley has spoken out about the night a gang of protestors swarmed her home as she cradled her seven-week-old daughter.

Erin Morrow Hawley said the "assault on our home" on January 4 left her with no option but to file a criminal complaint to police. 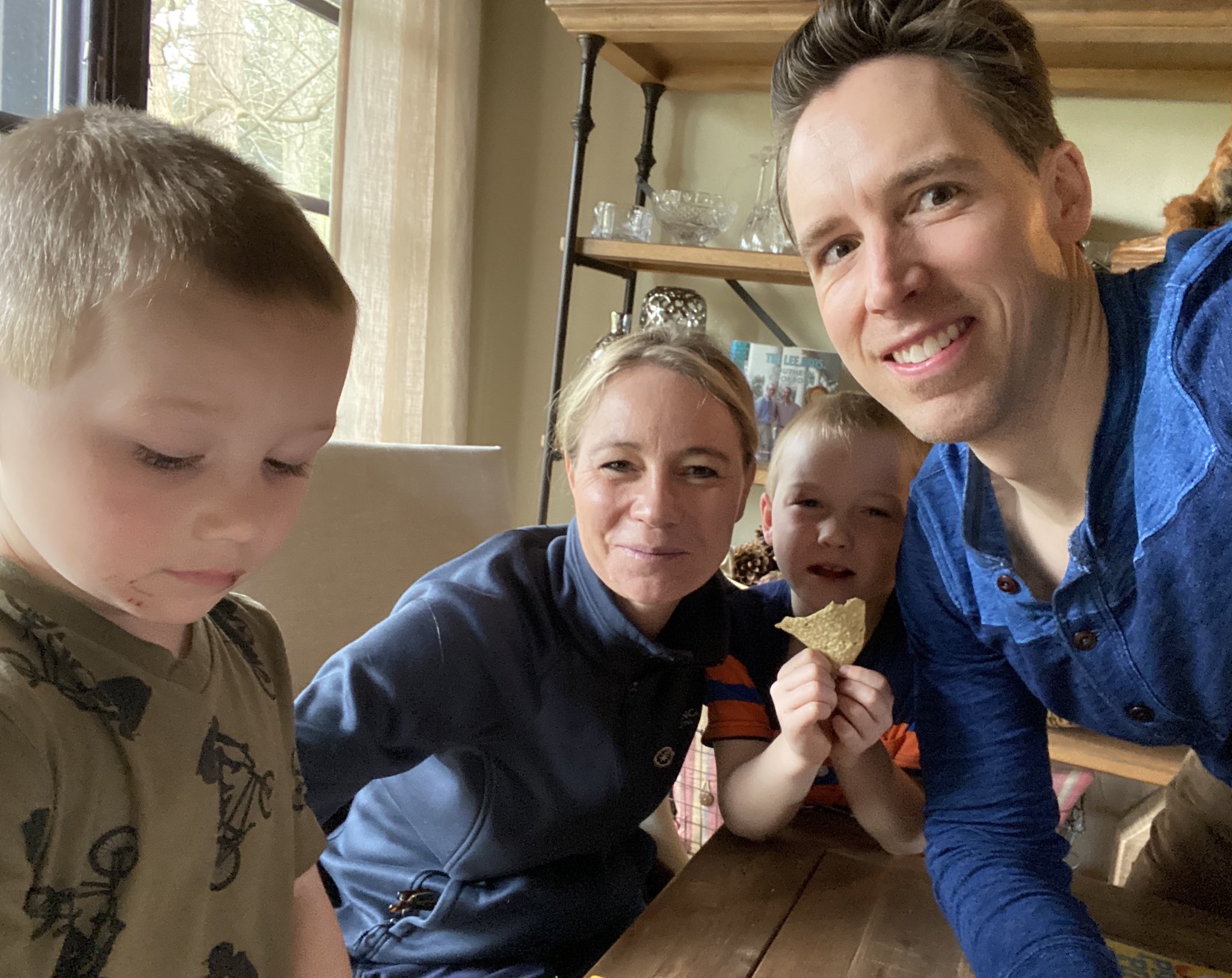 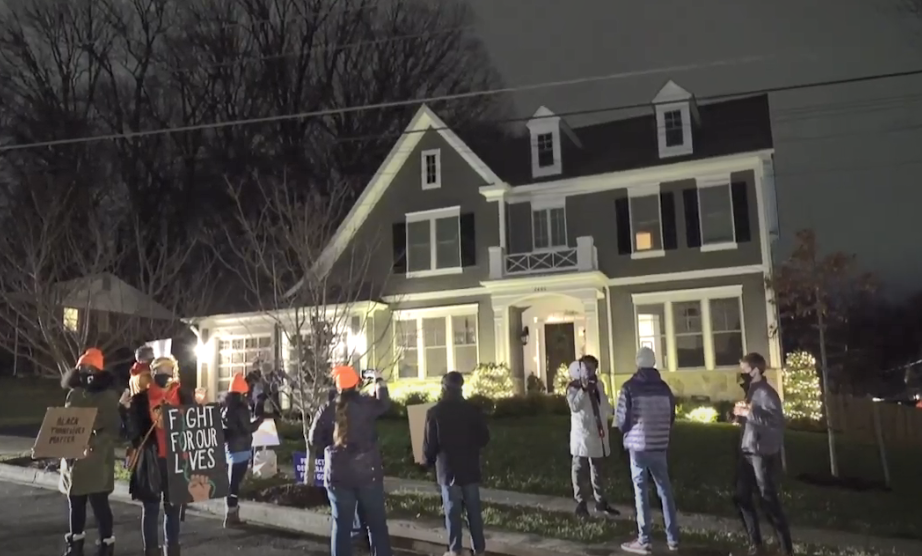 She described being home alone, curled up with her newborn Abigail watching a Hallmark movie in the basement of her Virginia home, "when the sound of angry voices drowned out the TV".

Her two young sons and husband Josh were at home in Missouri when around 20 protestors invaded her property to challenge her husband's decision to object to the confirmation of Joe Biden's presidency.

"I stepped outside, baby in arms, and asked them to leave, saying we had a newborn and neighbors. They refused, and I took Abbi back downstairs," Erin told Fox News.

She returned upstairs after hearing yelling and pounding, to find, "three large men at my door blocking my entire front porch and shouting "Come out, come out" into their bullhorns."

Footage from the evident shows people chanting and shouting through megaphones outside the Hawley's home, before scrawling on the sidewalk with chalk and approaching the doorstep.

At one point, Erin opened her front door and asked the protesters to leave, saying:  "We've got neighbors and a baby, thank you," but the crowd was unperturbed.

Police responded to the incident around 15 minutes later when they dispersed the crowd.

Erin said, "It is my understanding that the police informed the protesters that they were violating at least three laws—a noise ordinance, graffiti on public property, and a state law against residential picketing."

Officers described the protestors as "peaceful" and did not report any arrest, with Virginia police spokesperson officer Juan Vazquez dismissing it as a "minor" event. 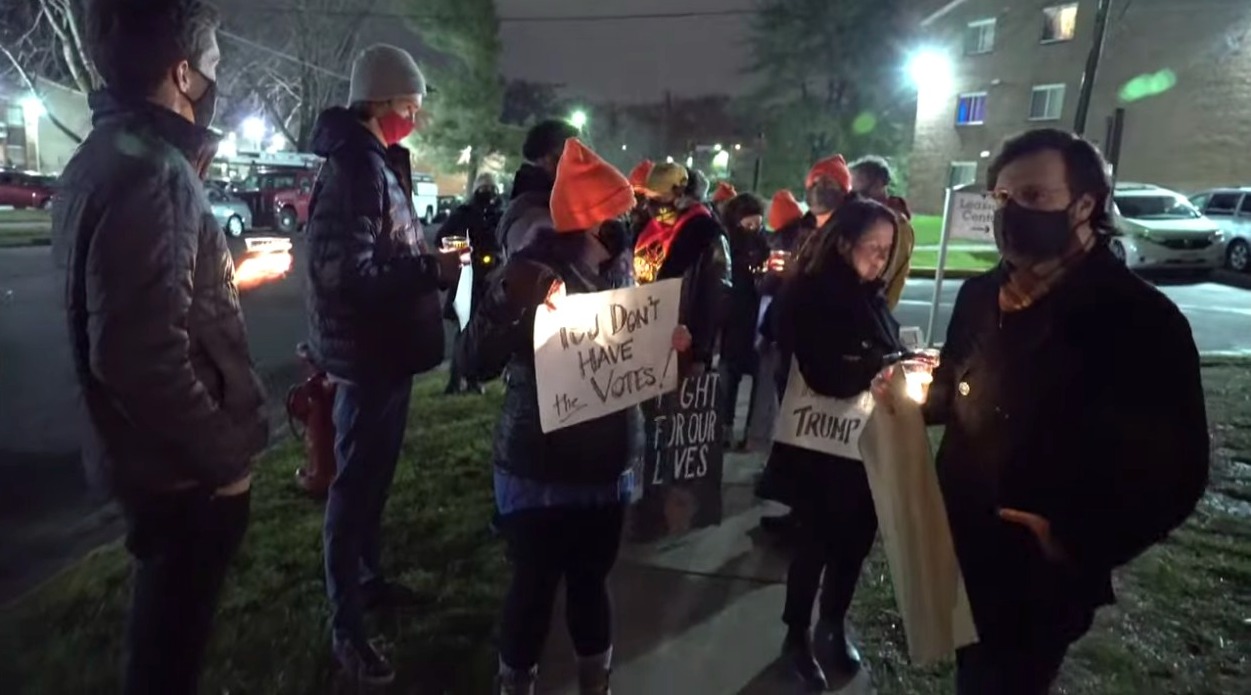 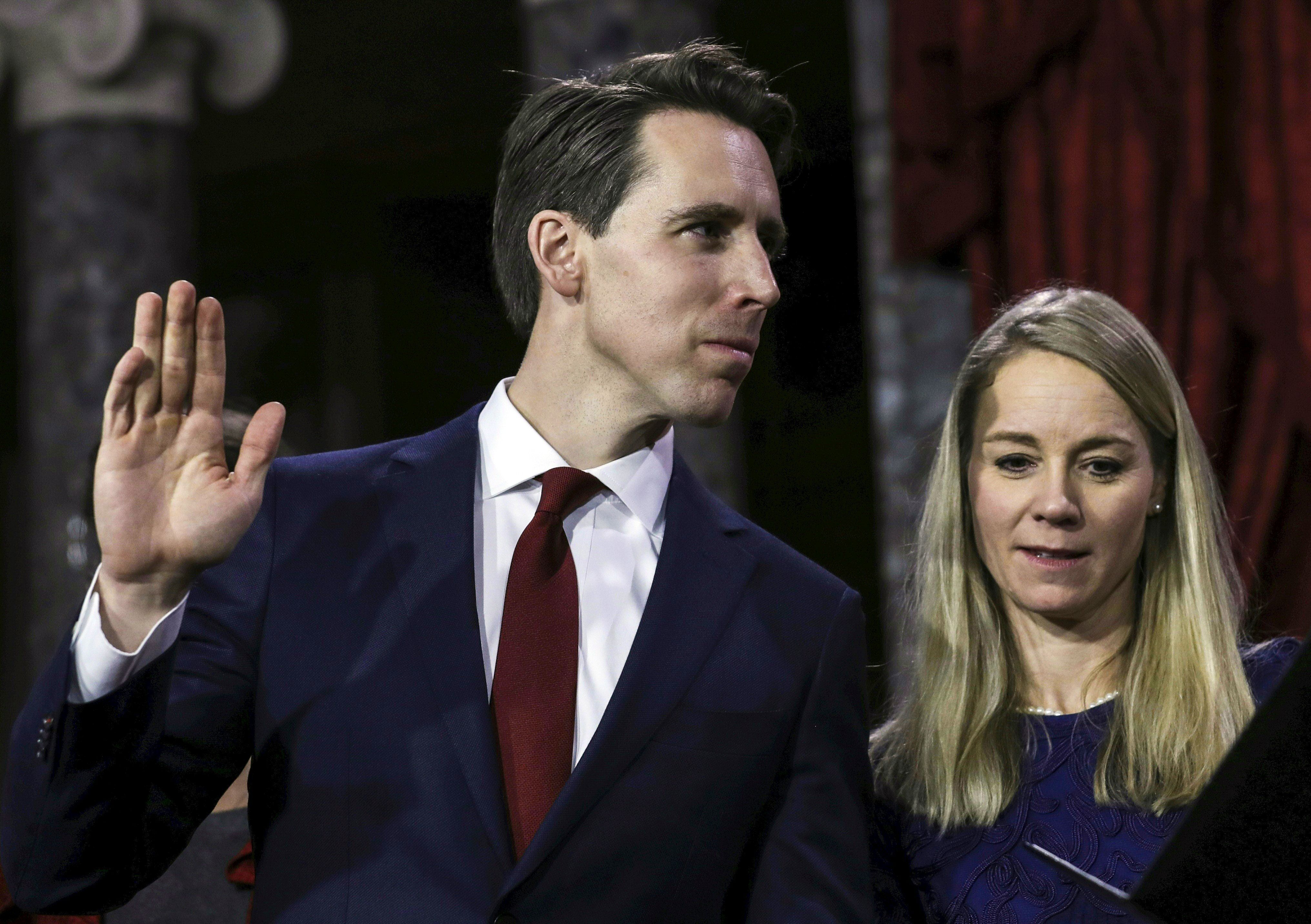 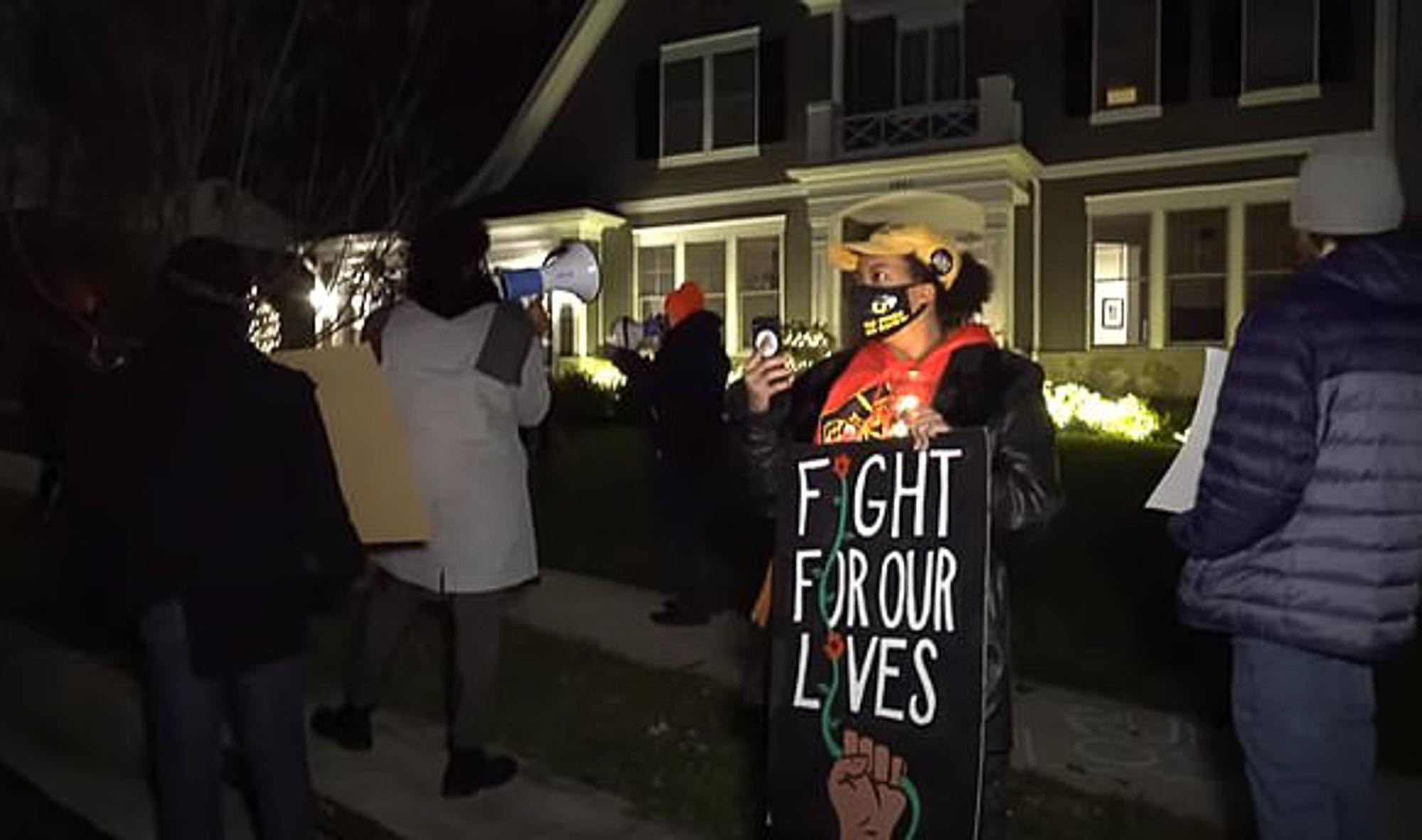 Erin claimed the group of around 15 activists, organised by Shutdown DC, vowed to return "morning, noon, and night."

"After getting even less sleep than usual with a newborn, I woke to find a video depicting the protest and our home plastered all over social media.

"Words cannot express how thankful I am that our boys were not with me that night. They would have been terrified."

Senator Hawley tweeted of the incident, 'Tonight while I was in Missouri, Antifa scumbags came to our place in DC and threatened my wife and newborn daughter, who can't travel.'

'They screamed threats, vandalized, and tried to pound open our door. Let me be clear: My family & I will not be intimidated."

Erin slammed the accusations of her husband overreacting and people branding the family "snowflakes."

She said she filed a criminal complaint against the event organiser, Patrick Young, "in order to protect our home".

"It is true, thankfully, that no one was injured. But the 45-minute video posted by the protesters clearly belies the protestor’s "candle-light vigil" description.

"Had they been home, the night-time protest would have had more than a "minor" effect on our two small boys, as it would have on anyone’s small children.

"And wasn’t that really the point? Why else would protestors come armed with bullhorns to a family home at dark? What other purpose to staging a night-time protest if not to terrorize the almost-certainly-to-be-home family?"

"ALL IS NOT LOST"

The mom-of-three recounted the terrifying incident, which took place just days after the homes of Nancy Pelosi and Mitch McConnell were vandalized, in an opinion piece.

Erin also took the opportunity to denounce vile trolls, "Social media may provide anonymity, but it does not make it OK to threaten rape or death. And it should go without saying that threatening innocent children – one barely two months old – should be off-limits.

"All of this makes my heart ache for the world my children — our children — are growing up in."

But she offered a glimmer of hope, saying "all is not lost,"and will instead remember the kindness she was given during the time.

"When I am tempted to fear who might show up at our door, or what the media might say, I’ll remember the friend who left home so quickly to be with Abbi and me during the protest that she showed up in socks.

"I’ll remember the friends who scrubbed our sidewalk in the cold time and again so that our boys would not see the nasty inscriptions.

"I’ll remember the sweet family – their house already chock full of kiddos – who let us stay with them until our house was safe, and the dozens of friends – of all political persuasions – who reached out to say they were thinking of us. And I will call to mind the words of one neighbor who, though he might not agree on policy, reminded me that we are all Americans."

The demonstration outside his home did not do much to persuade Josh Hawley to confirm the Electoral College vote, and he voted against the measure.

Hawley even persisted with his objection hours after speaking at the "Stop the Steal" rally and in the wake of the deadly insurrection at the Capitol building. 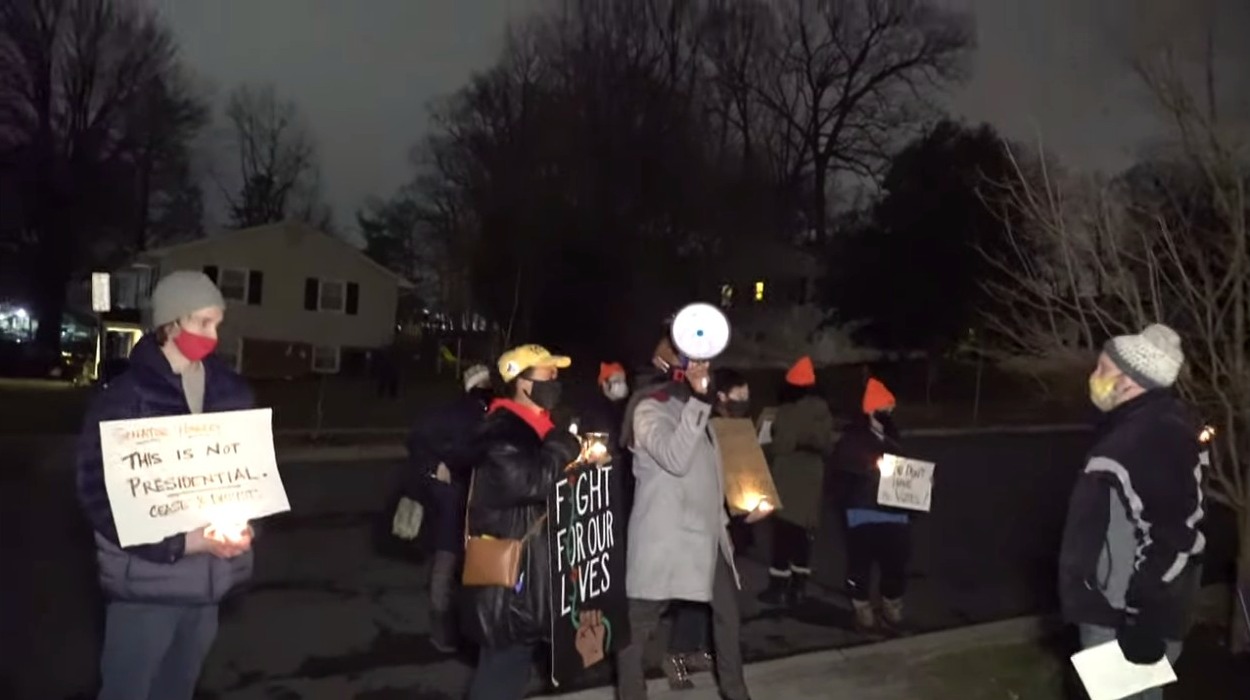 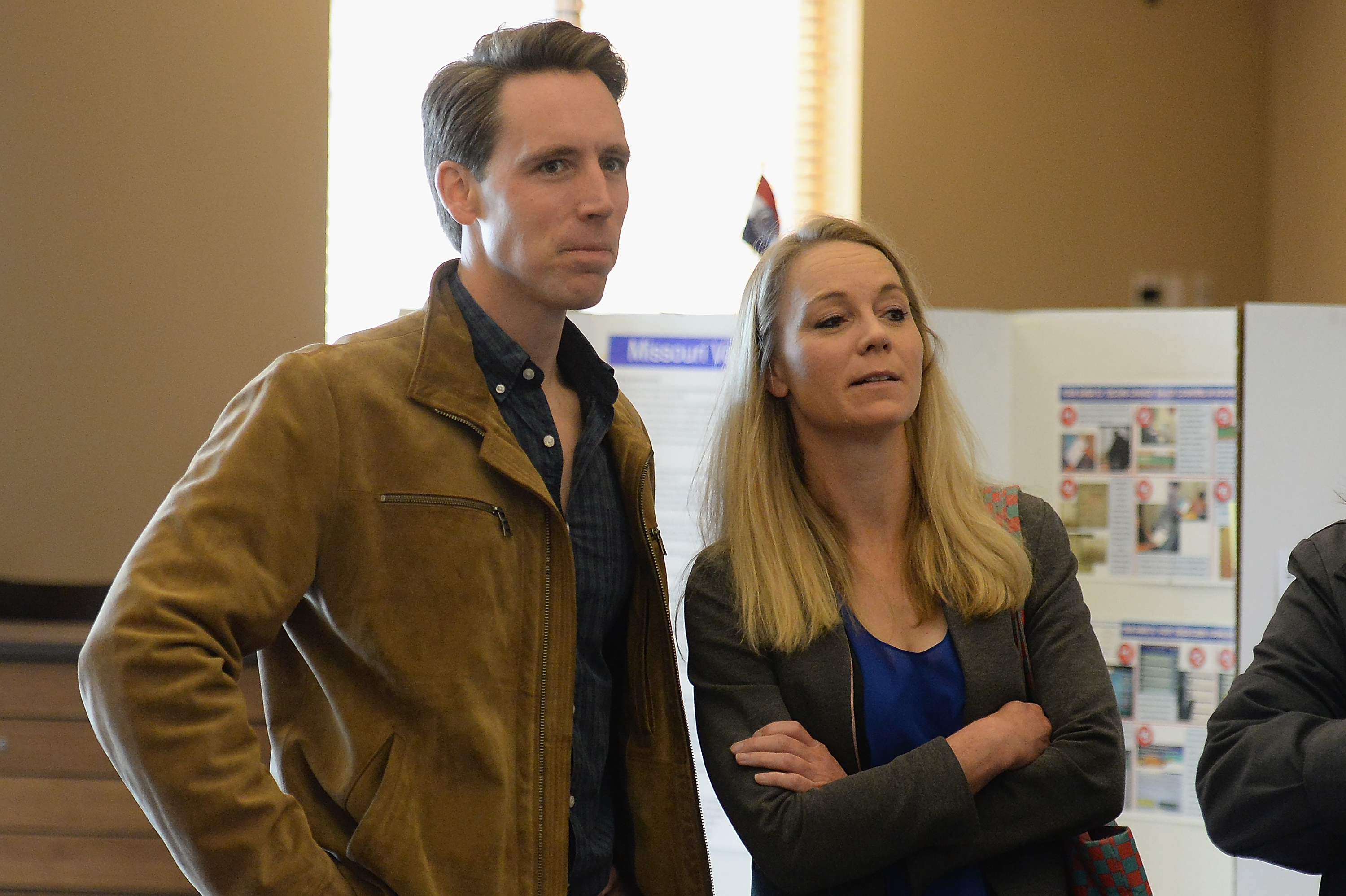 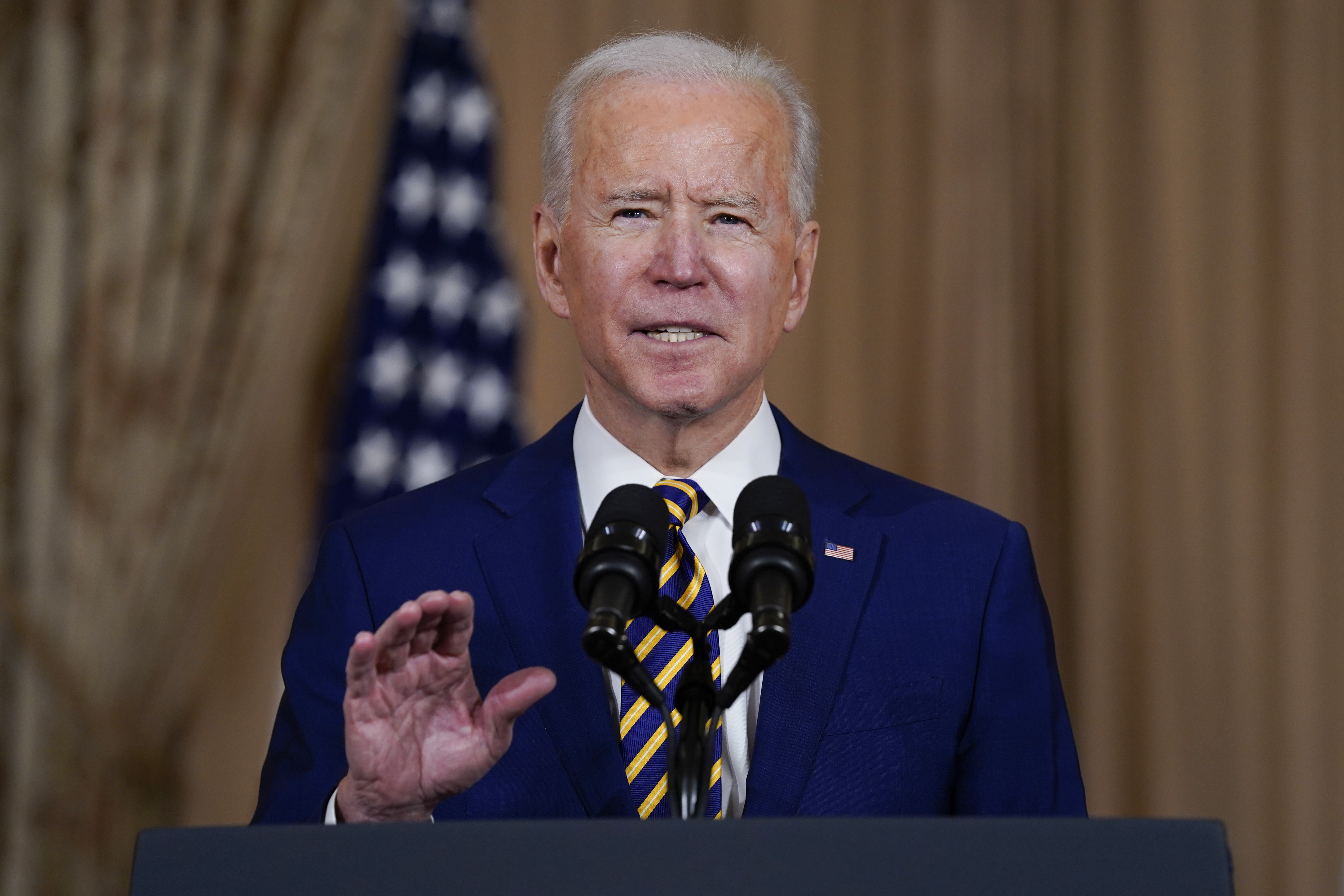