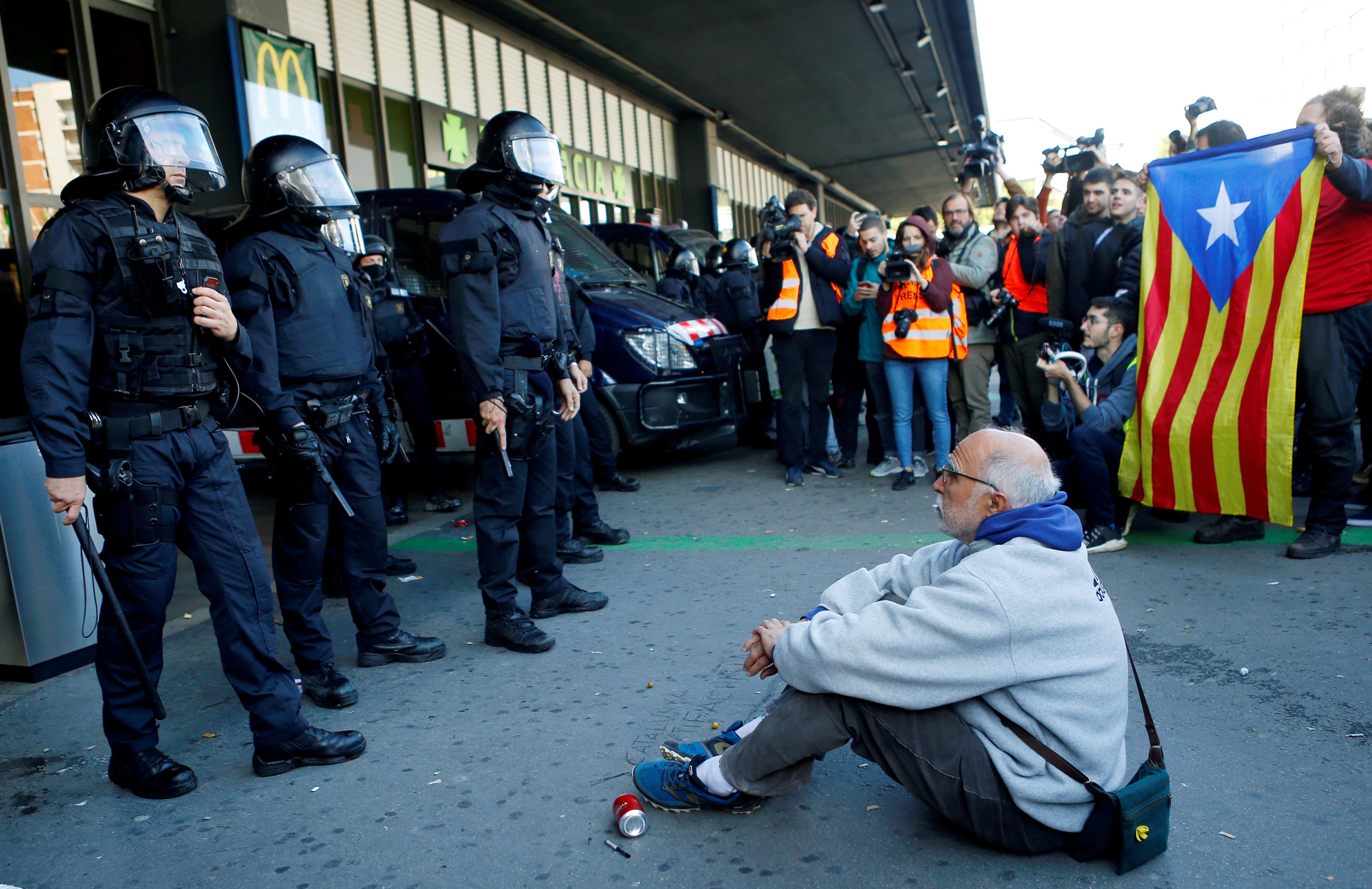 BARCELONA (Reuters) – Dozens of protesters crowded into Barcelona’s main railway station on Saturday in the latest show of dissent to grip the city more than a month after a Spanish court handed stiff prison sentences to nine Catalan separatist leaders.

Protesters poured into Barcelona’s Sants station, some staging a sit-in while a handful scuffled with police, heeding a call by a separatist group known as CDR. The organization had urged people to show up at nine railway stations across Barcelona in hopes of provoking what they described as a “total blockage” on social media.

Police said the protest was limited to one station and protesters were removed after about an hour, joining a wider crowd who had gathered outside the station, some waving separatist flags.

No arrests were made and transit services were not disrupted, authorities added.

The regional capital Barcelona has seen weeks of protests, at times erupting in violence, since Spain’s supreme court sentenced nine of the region’s leaders to up to 13 years in prison over their role in a failed 2017 bid for Catalan independence.

On Wednesday Spanish police cleared out protesters who had trapped about 500 vehicles while blocking a highway for more than 15 hours. A day earlier, French riot police used tear gas to force out protesters who spent more than 24 hours blocking the same highway where it straddles France and Spain.

The push for secession in the northeastern region, which loomed large over last Sunday’s parliamentary election, was back in focus this week after the deeply fragmented electoral result handed separatist parties a chance to play a key role in unblocking the political stalemate in Madrid.