Prince Harry has claimed the Royal Family has a ‘huge’ problem with ‘unconscious bias’ as Netflix revisited the moment Princess Michael of Kent wore a Blackamoor brooch to a Christmas lunch attended by Meghan Markle.

Princess Michael, who is married to the late Queen’s cousin, Prince Michael, could clearly be seen wearing the jewellery on her coat as she drove through the gates of Buckingham Palace in 2017. She later said she was ‘very sorry’.

She was not sitting at the same table as the Duchess of Sussex, 41, who was attending the event for the first time, but would have been introduced to her at the intimate gathering. 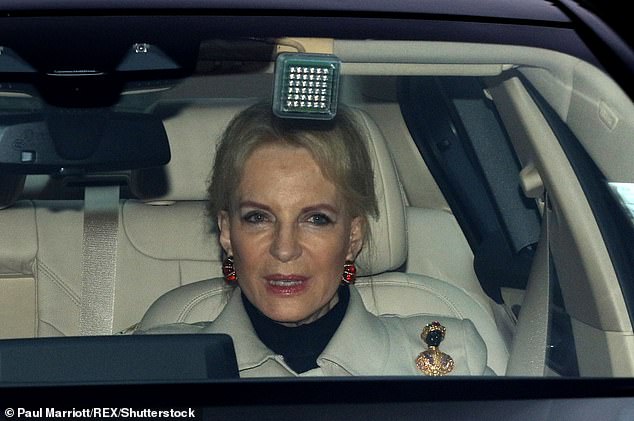 Princess Michael, who is married to the former Queen’s cousin, Prince Michael, could clearly be seen wearing the jewellery on her coat as she drove through the gates of Buckingham Palace in 2017

Harry told Netflix today: ‘In this family, sometimes you are part of the problem rather than part of the solution. There is a huge level of unconscious bias.

‘The thing with unconscious bias, it is actually no one’s fault. But once it has been pointed out, or identified within yourself you then need to make it right.

‘It is education. It is awareness. It is a constant work in progress for everybody, including me.’

The duke added that members of the royal family asked why the duchess should be ‘protected’ when they questioned newspaper headlines about her.

‘The direction from the palace was don’t say anything,’ he said.

‘But what people need to understand is, as far as a lot of the family were concerned, everything that she was being put through, they had been put through as well.

‘So it was almost like a rite of passage, and some of the members of the family were like, “My wife had to go through that, so why should your girlfriend be treated any differently? Why should you get special treatment? Why should she be protected?”

‘I said “The difference here is the race element”.’ 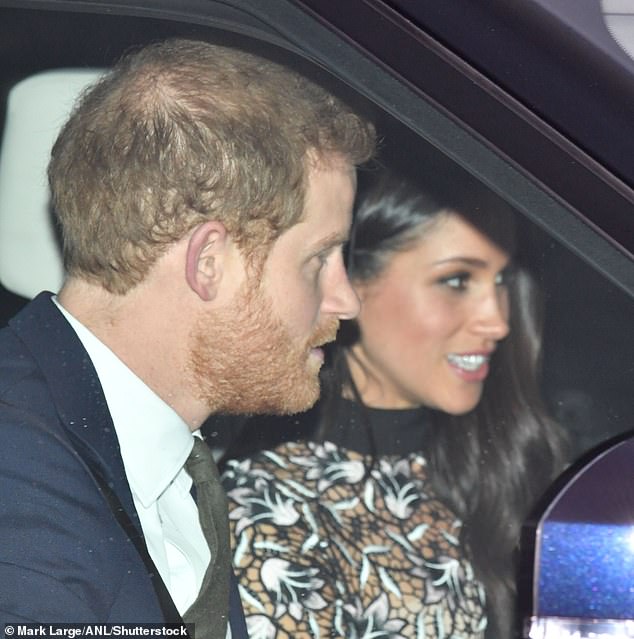 The duke also referred to his decision to go to a private fancy dress party in 2005 in the guise of a Nazi soldier from the Afrika Korps complete with swastika emblazoned on his arm, which caused widespread outrage.

He said: ‘It was probably one of the biggest mistakes of my life. I felt so ashamed afterwards. All I wanted to do was make it right.’

In the Netflix series, Harry, who is seen walking with his son, Archie, who spoke with an American accent, said it is important that he and Meghan ‘don’t repeat the same mistakes’ their parents made.

The duke said: ‘My son, my daughter, my children are mixed race, and I’m really proud of that.

‘When my kids grow up, and they look back at this moment, and they turn to me and say “What did you do in this moment?” I want to be able to give them an answer.

‘I think it is such a responsibility as human beings that, if you bring a small person into this world, that you should be doing everything you can to make the world a better place for them.

‘But, equally, what’s most important for the two of us is to make sure that we don’t repeat the same mistakes that perhaps our parents made.’ 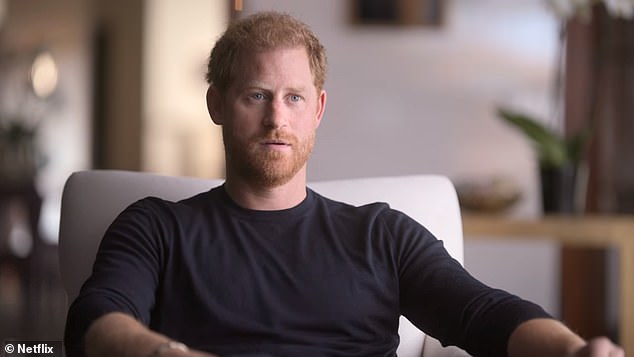 Harry told Netflix today: ‘In this family, sometimes you are part of the problem rather than part of the solution. There is a huge level of unconscious bias’

The documentary comes after serious concerns over racism within the monarchy hit the headlines again when the late Queen’s lady-in-waiting, Lady Susan Hussey, repeatedly questioned black domestic abuse campaigner Ngozi Fulani at a Buckingham Palace reception about where she ‘really came from’.

Lady Susan, the Prince of Wales’s 83-year-old godmother, resigned from the household and apologised after she repeatedly challenged Ms Fulani when she said she was British at the Queen Consort’s reception highlighting violence against women and girls.

It also comes after Meghan and Harry alleged during the interview with Oprah Winfrey in March 2021 that a member of the family – not the Queen nor the Duke of Edinburgh – made a racist comment about their son, and claimed that the duchess had suicidal thoughts but her approaches to the monarchy for help were turned down.

In the interview, the duchess said a fellow royal expressed concern about how dark their son Archie’s skin tone might be before he was born.