A federal judge challenged Prince Andrew’s lawyer Tuesday on whether a 2009 settlement agreement his accuser struck with late financier Jeffrey Epstein bars her from suing the royal.

Virginia Giuffre, 38, filed a civil suit alleging that she was forced to have sex with Prince Andrew at the direction of Epstein and his convicted cohort, Ghislaine Maxwell, when she was 17.

But the Duke of York’s Los Angeles-based lawyer Andrew Brettler argued during a hearing Tuesday that the suit should “absolutely be thrown out” based on the $500,000 settlement agreement.

As part of the deal, Giuffre agreed not to bring another claim against Epstein, his employees and “other potential defendants.” Brettler said Prince Andrew is a “potential defendant and a releasee under the 2009 settlement agreement by its unambiguous terms.”

Photo from 2001 that was included in court files shows Prince Andrew with his arm around the waist of 17-year-old Virginia Giuffre, who says Jeffrey Epstein paid her to have sex with the prince. Andrew has denied the charges. In the background is Epstein’s girlfriend Ghislaine Maxwell. (Florida Southern District Court)
(U.S. Second Circuit Court of Appeals)

But U.S. District Judge Lewis Kaplan questioned his assertion. “If what the intention of the parties had been was to release any other person or entity who was in any way involved in any of the sexual activities with Mr. Epstein or others, it would have been easy to say it,” he stated.

Brettler also took issue with the lack of specificity in Giuffre’s complaint, which doesn’t provide exact dates and details of the alleged battery and sexual assault claims, but the judge soundly rejected this point.

“During this encounter, Epstein, Maxwell, and Prince Andrew forced Plaintiff, a child, to have sexual intercourse with Prince Andrew against her will,” the judge read from the complaint. 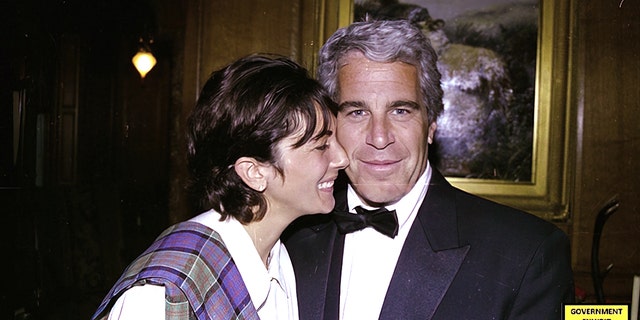 “Involuntary sexual intercourse. There isn’t any doubt about what that means, at least not since someone else was in the White House,” he said, playfully referencing former President Bill Clinton.

Giuffre’s attorney, David Boies, countered that the monarch’s middle son was not a potential defendant since his alleged conduct didn’t occur in Florida, where the settlement was hammered out, and didn’t involve sex trafficking.

The judge offered another possible interpretation of the language in the contract, specifically, that only Epstein or Giuffre could enforce its terms – not Prince Andrew, a third party who didn’t know it existed until recently.

“If someone got sued and Epstein says, look, this person was within the release and it was OK with Giuffre, then it could be made available and Epstein could enforce it but not otherwise,” he said of the agreement, which explicitly states that both parties must keep the deal a secret.

Judge Kaplan said he would issue a decision on the motion to dismiss “pretty soon.”

Epstein, a convicted pedophile, was found hanged in a Manhattan jail cell in 2019 while awaiting trial on sex abuse charges.

Maxwell, 60, was convicted Dec. 29 of sex trafficking and other counts for which she faces up to 65 years in prison.

Prince Andrew, a longtime pal of Epstein and Maxwell, has denied the allegations.