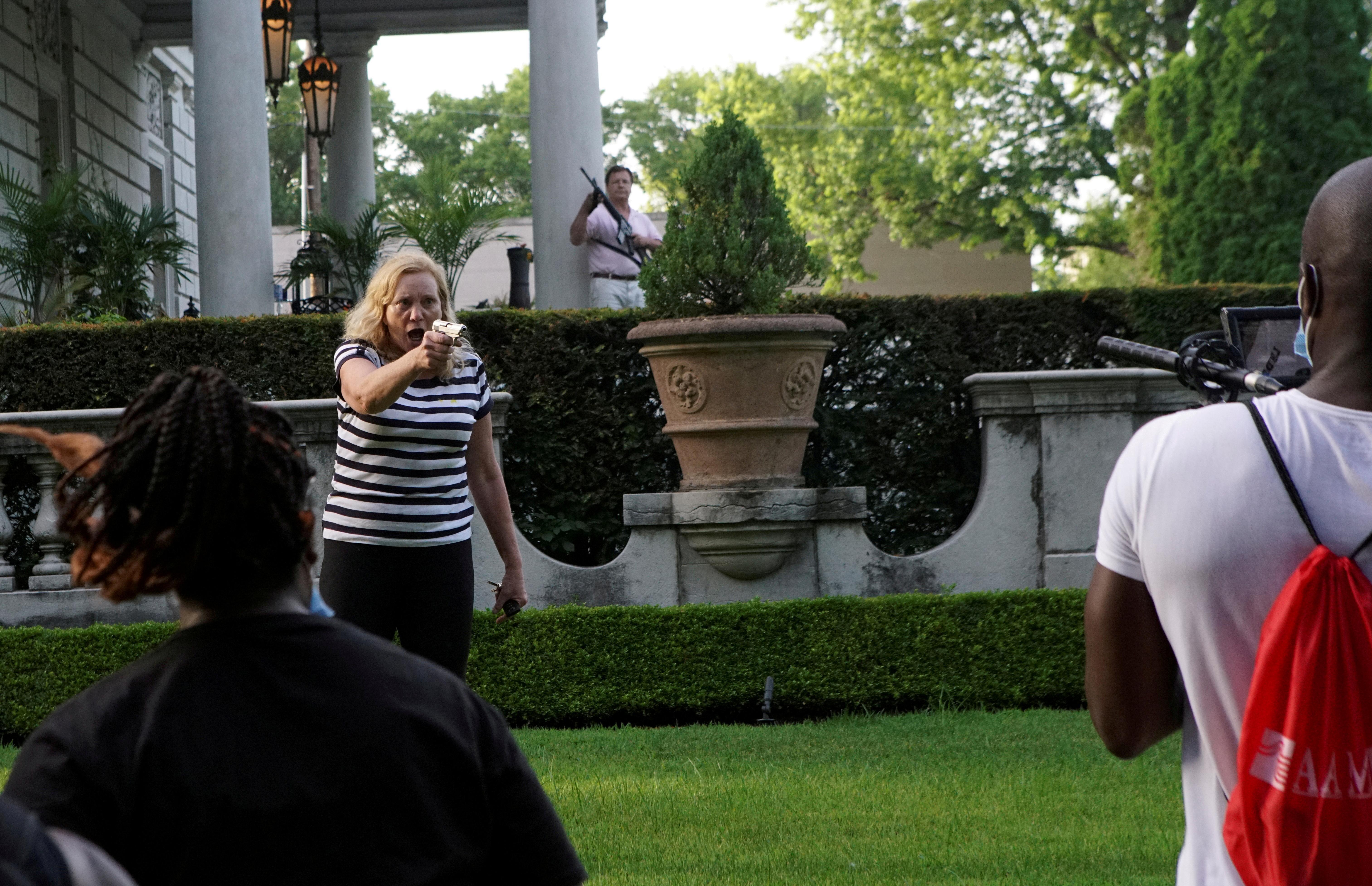 (Reuters) – Police in St. Louis, Missouri, searched the mansion of the couple who brandished guns at protesters marching outside their home last month in widely seen videos, local media reported.

The police arrived on Friday evening with a search warrant and seized the rifle wielded by Mark McCloskey during the June 28 incident, the KMOV news channel in St. Louis said.

McCloskey and his wife, Patricia McCloskey, are both personal injury lawyers, and have said they were frightened for their lives when demonstrators protesting against police violence marched by their mansion on their way to the home of St. Louis Mayor Lyda Krewson.

Videos show the couple, who are white, shouting at Black and white protesters to keep off their property over several minutes while some in the crowd record the scene on their cellphones, or shout out that the protesters have no interest in causing the couple harm. Patricia McCloskey pointed a handgun at the crowd.

The McCloskeys, a lawyer representing them and the St. Louis Metropolitan Police Department did not respond to requests for comment.

Soon after the incident, Kimberly Gardner, the city’s chief prosecutor, said she was alarmed by the videos and that her office was investigating a possible infringement of people’s right to peacefully protest, saying in a statement that “intimidation or threat of deadly force will not be tolerated.”

The couple have said they were within their rights to defend their property.

The McCloskeys have repeatedly filed lawsuits or threatened to do so in order to defend their property rights, according to an investigation published by the St. Louis Post-Dispatch on Saturday.

In 2013, Mark McCloskey destroyed bee hives just outside his mansion’s wall that were placed there by a neighboring synagogue in order to provide honey for Rosh Hashanah celebrations, the newspaper reported. McCloskey left a note saying he would sue the congregation if they did not remove all trace of the hives.