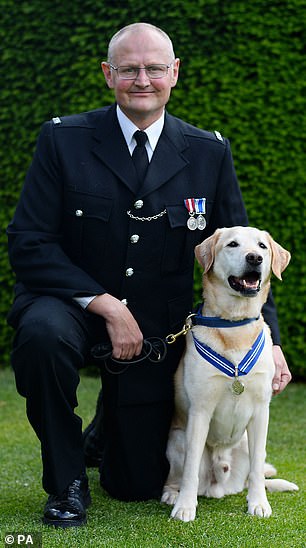 Hero police dogs who worked in the aftermath of the London terror attacks have been honoured for their service with an award dubbed the ‘animal OBE’.

The PDSA Order of Merit was presented to the dogs and their handlers for their work after the Westminster Bridge, London Bridge and Borough Market attacks of 2017.

The seven were chosen from a group of 19 honoured by the People’s Dispensary for Sick Animals (PDSA) at the Honourable Artillery Company in Finsbury, north London, today.

His handler PC Robert Smith said he was happy to see Bruno rewarded as the dogs are often ‘unsung heroes’ during police operations.

Asked about the way the dogs work, he said: ‘It’s all planned reward, the training, they associate the smell with finding a tennis ball.

‘That’s what he thinks in his mind he’ll be getting at the end of each search. They wouldn’t do it if they didn’t want to. It’s pretty much a game to them.’ 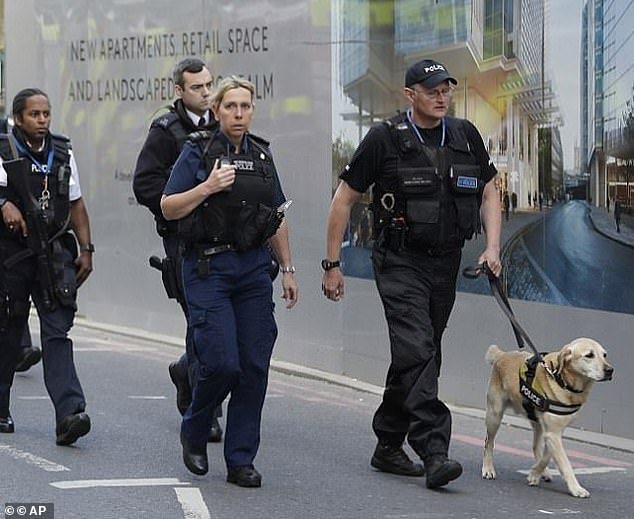 Following the London Bridge and Borough Market attacks in June 2017, six dogs from the BTP and eight from the Metropolitan Police worked to support officers.

BTP General Purpose Dog Teams worked at the scene alongside firearms officers for more than 13 hours to clear the streets, buildings and public areas.

Springer spaniel Kai acted as an explosive detection dog alongside Alfie, Dave, Poppy and Robson from the Metropolitan Police to undertake a systematic search of the area. 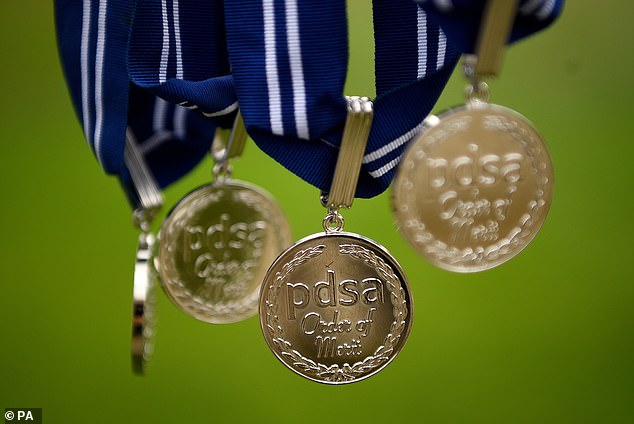 The PDSA Order of Merit, instituted in 2014, recognises animals who show outstanding devotion to their owner

Kai was relatively inexperienced at 18 months old and had only qualified in November 2016.

Handler Jean Pearce said: ‘It’s good to see Kai honoured. The dogs are often forgotten, but they played a key role in dealing with the attack.’

The PDSA Order of Merit, instituted in 2014, recognises animals who show outstanding devotion to their owner.