A police detective has admitted gross misconduct after she pretended to have cancer to get time off work.

Detective Sergeant Vikki Costello, who worked for Kent Police, falsely claimed to be suffering from cervical cancer to take time off.

The officer repeatedly told her employer and colleagues she was unwell, pretended she was undergoing treatment and even submitted sick notes.

After her deception was discovered, the officer refused to release her medical records or any evidence to prove she was being treated for cancer. 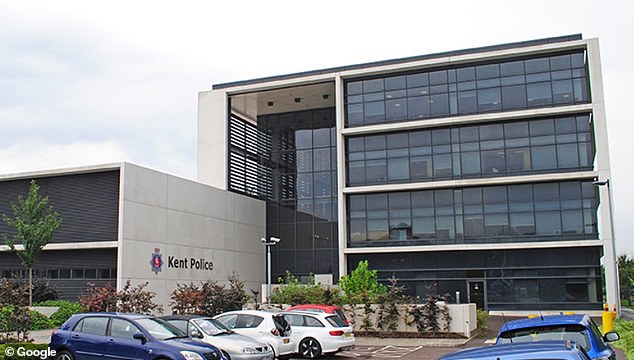 Detective Sergeant Vikki Costello, who worked for Kent Police, falsely claimed to be suffering from cervical cancer to take time off

She also declined to be interviewed or respond to any questions, Kent Police said.

A misconduct hearing earlier this month at Kent Police HQ in Gravesend heard: ‘[DS Costello] falsely claimed to be suffering from cancer with the result that her workload was reduced and she was allowed time off for treatment due to her claim that she was unwell.’

The hearing was told she had expressed remorse for her actions and admitted the deception.

Eileen Herlihy, chair of the misconduct hearing, said: ‘We find that the officer repeatedly and falsely claimed to be suffering from cancer which she knew to be untrue.

‘Individually and collectively we find that the allegations are proven and are serious as they relate to claims made by the officer which she knew to be untrue, which she had repeatedly made over an extended period of time to her colleagues and employer.

‘The consequences of her false claims were that she undermined the trust that her colleagues could place in her, that she clearly breached the obligation that police officers are required to be honest, and increased the burden on colleagues and other officers due to her numerous absences from work and the reduced working pattern which she was afforded.

‘Such actions have the potential to bring serious discredit on Kent Police.

‘We find that her behaviour breached the Standards of Professional Behaviour in respect of honesty and integrity and discreditable conduct.’

In their findings published this week, the panel concluded by saying had the officer not resigned, she would have been dismissed.

The hearing panel added that Ms Costello was suffering from anxiety that was shown in her sick notes and occupational health records.

But Kent Police said much of this was due to her claimed cancer diagnosis.

And although the force accepted she may have also been suffering from anxiety for other reasons, this has ‘limited weight’ in comparison to maintaining public confidence, the panel found.

She has accepted her behaviour amounted to gross misconduct and has expressed remorse for her behaviour, the panel added.

Kent Police refused to say where in the county DS Costello had worked, but did confirm there had been no criminal investigation into her actions.

DCI Natalie Potter, of the force’s Professional Standards Department, said: ‘We always expect the highest standards of professionalism and conduct from all officers and staff, and the vast majority serve in line with these expectations.

‘Those who fall short will always face scrutiny and proportionately robust action.

‘As soon as the allegations were reported, we took prompt action to hold the officer to account.

‘Now that this outcome has been determined by an independent panel, we will be placing DS Costello on the College of Policing’s police barred list.’