An 8-month-old child found dead outside a funeral home in Southern California was identified Tuesday as the daughter of a missing man sheriffs are calling an “at-risk” individual.

The infant was found Monday morning next to a dumpster behind a mortuary in Bellflower, California, according to the Los Angeles County Sheriff’s Office.

The sheriff’s office confirmed Tuesday afternoon the body was that of Alexia Rose Echeverria, and said the case was now being handled by the Sacramento County Sheriff’s Office. 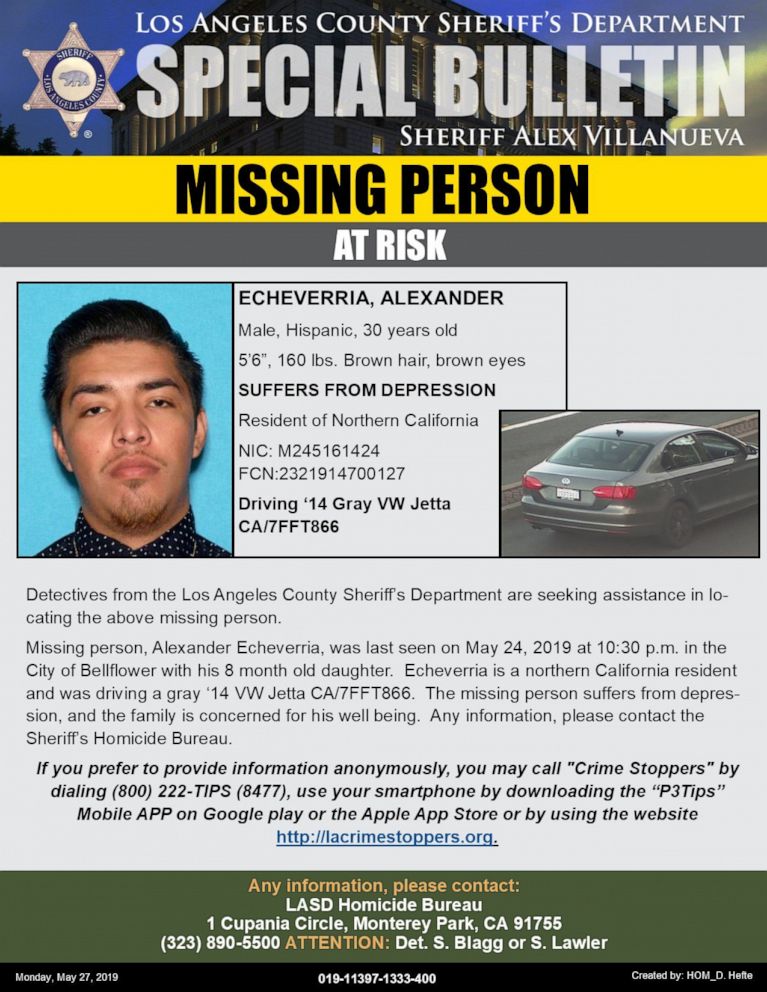 The baby’s father, Alexander Echeverria, 22, has not been seen since Monday. Friends said he suffers from depression, according to Los Angeles ABC station KABC.

He is not being called a suspect in the child’s death, but is considered a “person of interest.” He was reported missing by family members in Sacramento on the same day his daughter’s body was found. 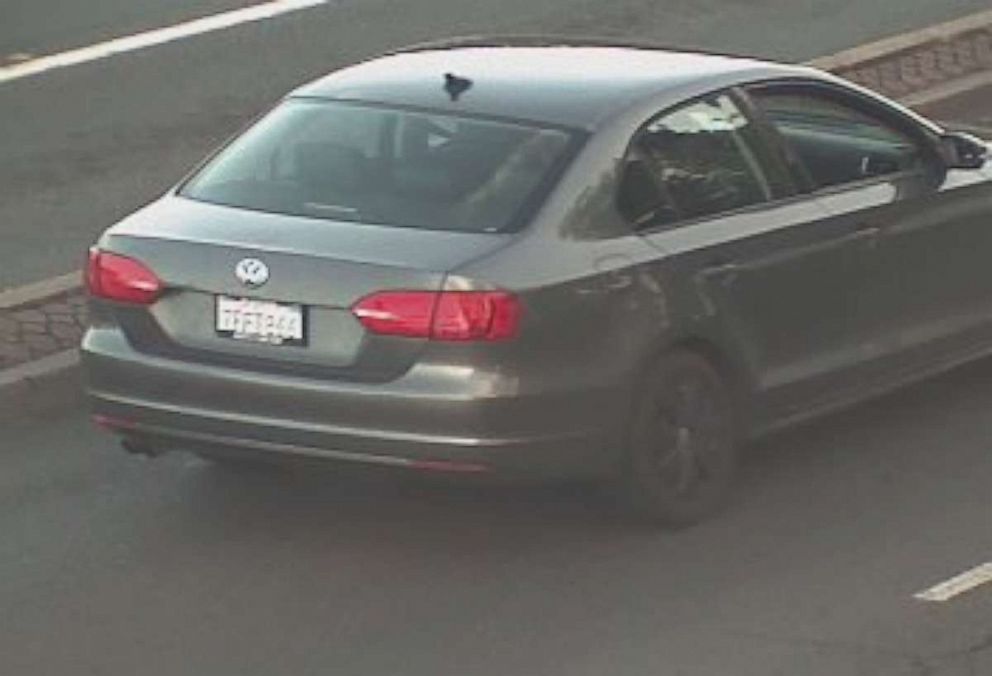 “Alexander is considered a person of interest in the death of Alexia,” the Sacramento Sheriff’s Office said in a statement. “He is considered at-risk due to suicidal statements made to family members recently.” 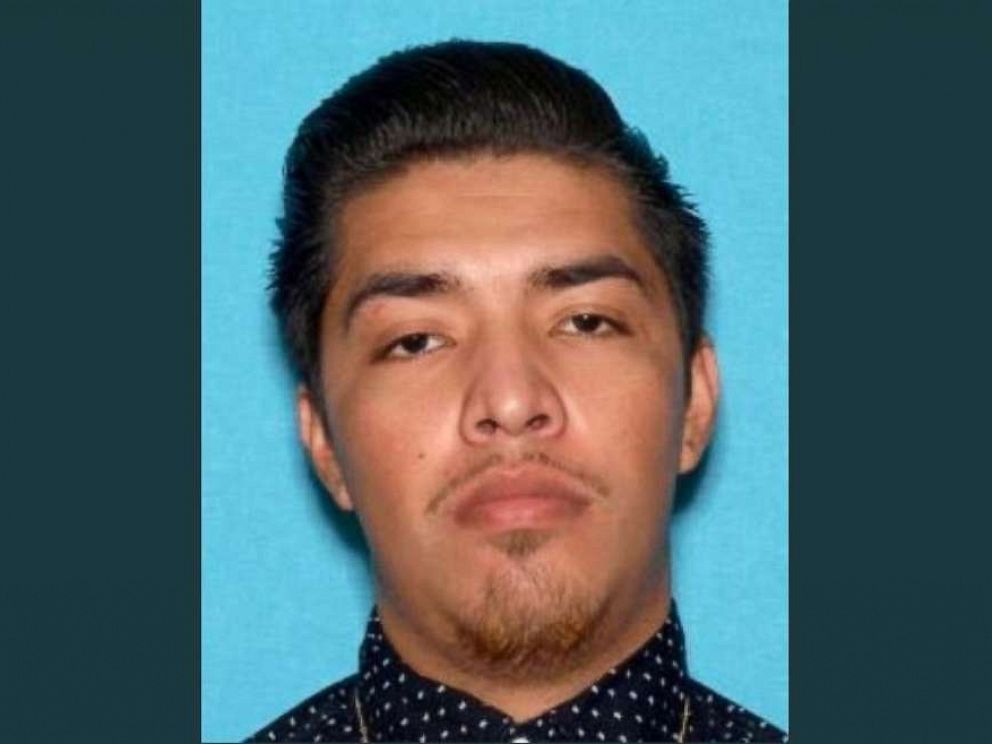 He has family in the Bellflower area, authorities said. Bellflower is a suburb about 20 minutes southeast of downtown Los Angeles.

Alexia Echeverria’s cause of death has not been announced. An autopsy is being performed.