A woman is missing after going overboard from a cruise ship in the Mediterranean.

The Norwegian Epic was travelling from Cannes in France to Palma de Mallorca in Spain when the incident happened early on Saturday.

The woman is an American tourist, according to reports.

A spokesperson for Norwegian Cruise Line confirmed the incident.

They said in a statement: “On the early morning of June 8, a report was made that an adult female guest went overboard while the ship was sailing from Cannes, France to Palma de Mallorca, Spain.

“The authorities were immediately notified and a search and rescue operation ensued.

“Sadly, the guest has not yet been found.

“Our thoughts and prayers are with the individual’s family during this difficult time.”

The Sun quoted Claire Murphy, a passenger on the ship, as saying those on board were asked to help look for the woman.

She said: “They asked everyone on board to help look for that person, so a lot of people were looking out of the windows or were on the edge of the ship but no one could see anything.

“It took us two hours to get back to the place where they were last seen. We stopped there for four hours to try and find the person. 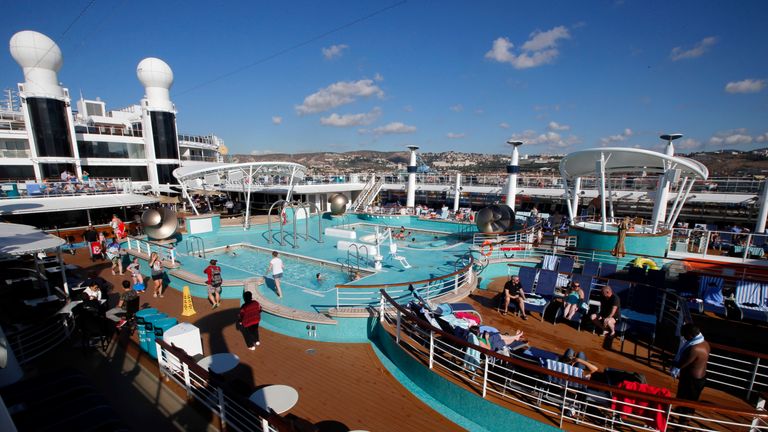 “We were literally in the middle of the Med, it was really windy and it was very rocky.

“After a couple of hours a helicopter came…it was there for about ten minutes.

“We were sat in one place being shafted about by the wind…eventually everyone gave up.”

Rebekah Sanderlin tweeted: “I’m on the Norwegian Epic cruise ship in the Mediterranean & we’ve spent all day looking for a passenger who fell overboard last night. People are saying it was an American teenaged girl.”