A Paris tourist bus driver has been arrested for murder after he allegedly crushed another man with his vehicle in a fit of rage in front of stunned passengers.

The shocking road rage attack took place on Tuesday afternoon, by the River Seine and opposite the Louvre Museum.

The victim, who was aged 56, is thought to have died instantly, while the coach driver, aged 46, was arrested soon afterwards for ‘intentional murder’, said a source.

Neither of the men involved have been identified. 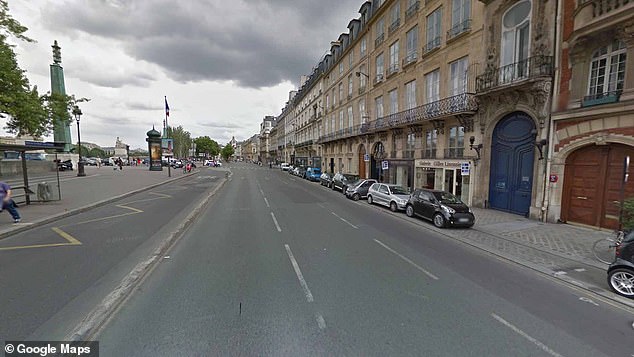 The shocking road rage attack in Paris took place on Tuesday afternoon, by the River Seine

‘A car was hit from behind by a packed tourist bus, and the two drivers involved got involved in a dispute,’ said an investigating source.

‘The damage was very light, but the car driver got out on to the road and confronted the coach driver through a side window of the coach.’

Witnesses said punches were thrown between the two men through the window, and then matters escalated.

‘The driver of the coach restarted his engine, and turned the vehicle sharply to the left, so crushing the car driver up against another coach.’

He is suspected of deliberately planning to kill the other driver, and could face up to 30 years in prison. 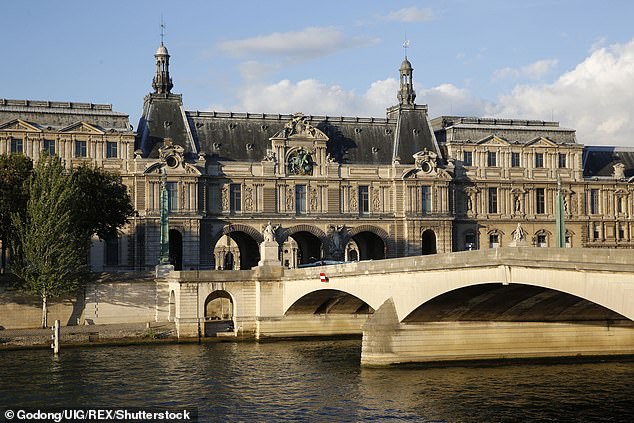 On Tuesday night, the alleged killer was in custody in the Paris police headquarters.

According to another source, tests showed that the driver’s blood alcohol levels were negative.

A crisis centre was set up for those who had been travelling on the bus, and who witnessed the incident.

Many were said to be in a ‘state of severe trauma’.

They are said to come from all over the world, and had just been travelling through Paris.

A Paris police spokesman said the accident happened in broad daylight on the Voltaire quay, by the River Seine.

Numerous tourist buses – many of the them double deckers with open roofs – operate in an area of Paris where traffic is frequently gridlocked, and road rage incidents are frequent.