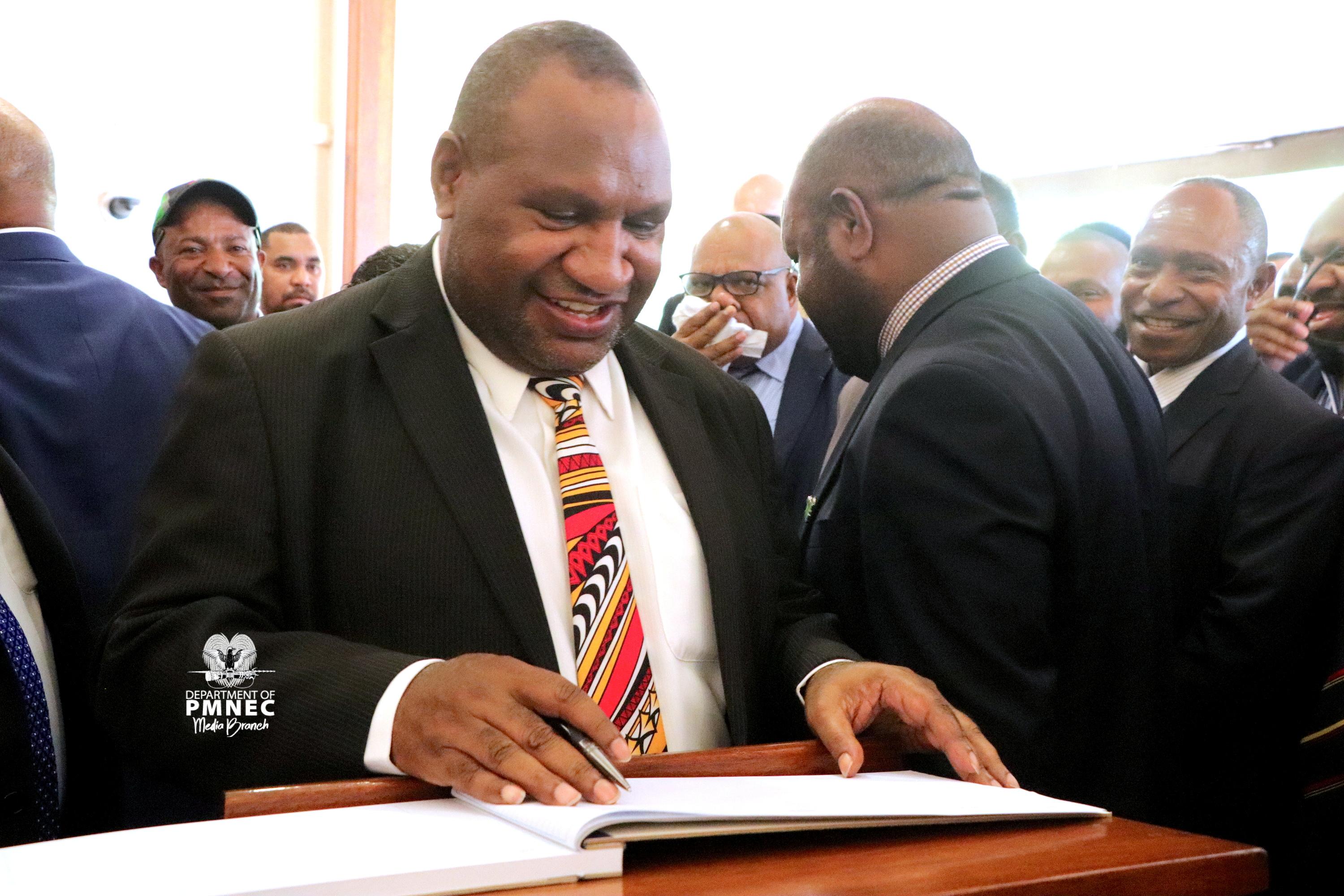 That will come as a relief for oil giants such as France’s Total SA and ExxonMobil Corp which have done deals and were wondering if Marape would put them up for review.

Marape, a former finance minister, had the firms on notice last week when he was elected and promised he would be “taking back” the economy after the resignation of his predecessor, Peter O’Neill.

In an address broadcast around the rugby-league loving archipelago as thousands tuned in for the State of Origin match, a big derby in Australia screening afterwards, he promised to review resource laws in a “very, very big way,” but not quickly.

“But you must not feel that way … I’m looking at 2025 in which we will migrate to a new legislative framework.”

Marape had sparked months of political chaos in the South Pacific archipelago when he quit as finance minister over the government’s handling of a gas agreement struck in April with French oil major Total SA.

He rode a wave of discontent over that deal, and an earlier one with ExxonMobil Corp, into the top office, triggering a new round of scrambling – this time from commodity firms clamoring to meet and lobby him.

Barrick and China’s Zijin Mining each owns 47.5 percent of the highlands’ Porgera mine, which Barrick said has paid 4.2 billion kina ($1.2 billion) in taxes and royalties since it began operations in 1990.

Oil Search Ltd, a partner in Exxon and Total’s multibillion dollar liquefied natural gas developments, has scheduled a meeting for next week, a spokesman said.

Marape’s remarks imply, as Total has said it expects, that April’s contract will be honored, but the changes he again forecast envisage a tougher approach in future.

“(I’ll be) looking to ensure that the oil and gas sector is beneficial to our country as well as our investors,” Marape said.

“We’ll be looking at the mining sector to ensure that our gains … are growing.”