Bang out of order! Everton striker Oumar Niasse is grilled by undercover police for flouting the UK’s coronavirus lockdown

The 29-year-old striker was pulled over in Withington, Manchester this evening, after undercover police officers saw him driving a friend and two women in his Mercedes without a seatbelt.

According to the Sun, one of the police officers tells the men: ‘You are bang out of order, a disgrace. As a Premier League footballer you’ve just put everybody here at risk. What are you doing? It’s totally embarrassing.’

Niasse’s encounter with the law comes two days after the UK government ordered people to stay indoors to prevent the spread of COVID-19. 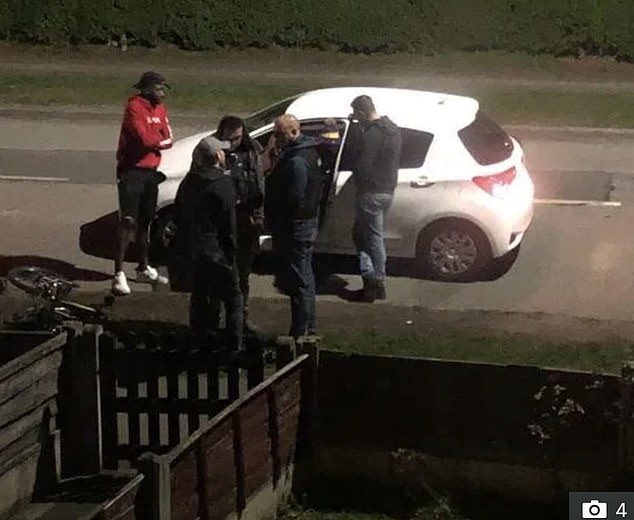 One witness said the police were suspicious of the football star, shining a torch in his face and asking him to spell his name.

‘It is shocking that Niasse is carrying on regardless,’ the witness told the Sun.

‘We’re not supposed to gather with more than two people in public yet everyone in that car seems to think they can do what they want.’

Officers put a call in to Everton to tell them what Niasse had been up to and the women left in an Uber, the witness said. 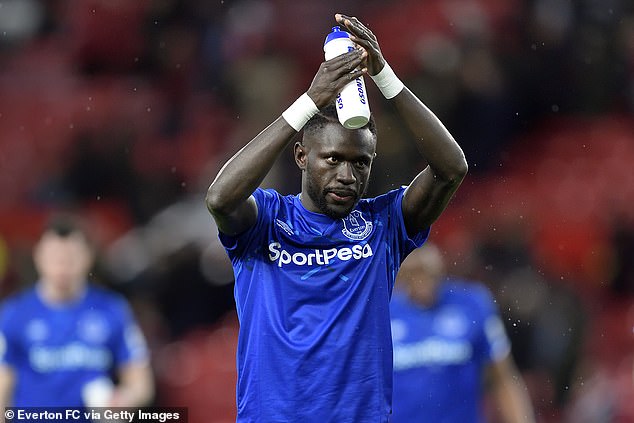 Oumar Niasse of Everton applauds the travelling fans after the Premier League match between Manchester United and Everton at Old Trafford on December 15, 2019 in Manchester, England

Greater Manchester Police told the Sun: ‘At 9.30pm on Wednesday covert officers on routine patrol stopped a vehicle. The driver was reported for failing to wear a seatbelt and obstructing officers.’

It’s not the first time that Niasse, who plays internationally for his home country of Senegal, has been in trouble with Manchester police.

In 2016, the striker was detained after an assault was reported at a property in Salford.

Despite clear government guidance, members of the public are continuing to break Prime Minister Boris Johnson’s rules on the second day of the coronavirus lockdown.

Footage has emerged showing police dispersing Britons gathering in parks and other public places, despite strict advice to stay at home to avoid the outbreak overwhelming the NHS. 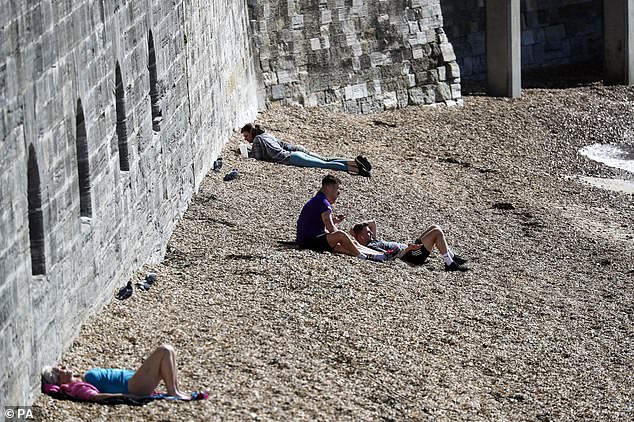 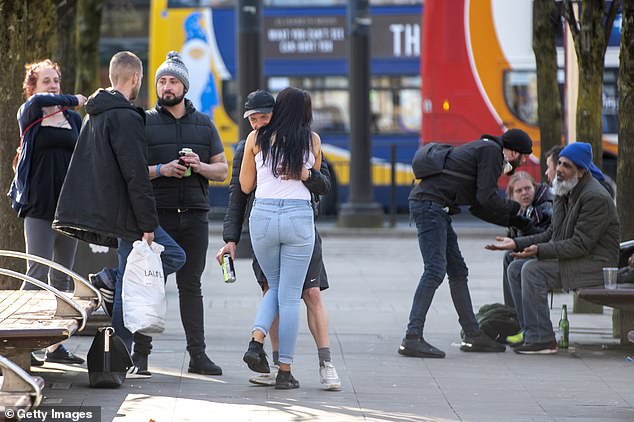 In Shepherd’s Bush in West London, people soaked up the sun, seemingly oblivious to the tight restrictions imposed by the government on Monday. Police were seen telling the sun worshipers to leave and go home.

Others were seen enjoying the weather at Battersea Park in South West London, on the beach in Portsmouth and in the sea off Eastbourne today despite the Prime Minister urging people to stay at home.

Meanwhile in Manchester, officers today dispersed groups, some of which greeted each other with a hug, along with sunbathers in Piccadilly Gardens. P

Police also used megaphones to tell people to stay at home unless absolutely necessary, saying ‘this is serious, we need to beat corona.’