One child under five is admitted to hospital because of obesity every week, shocking NHS figures show

One child under five is admitted to hospital every week because of obesity, shocking new NHS figures have shown.

And when obesity is given as a secondary reason for admission, the number soars to more than 18 a week – a figure that has risen by 80 per cent in just one year.

The troubling statistics for children at such a young age are a stark reminder of the scale of the crisis facing Britain.

According to provisional NHS figures, a total of 52 cases involving boys and girls aged four or under had obesity as ‘primary diagnosis’ – their main reason for admission – in 2019-20. 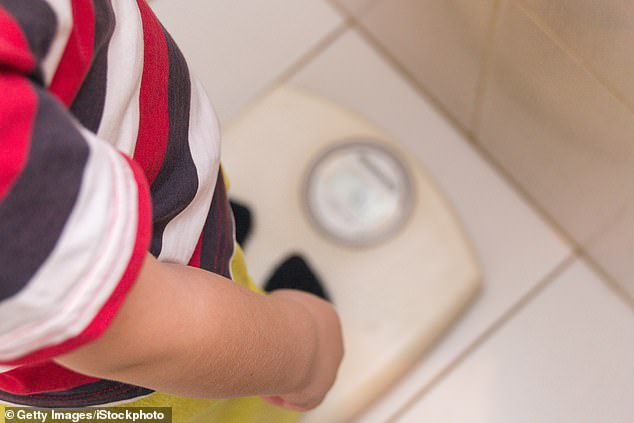 In total, there were 6,350 hospital admissions of boys up to the age 19 with obesity as either primary or secondary diagnosis and 11,900 cases for girls in one year (stock image)

The numbers count admissions, rather than individual patients, so could include some children being admitted more than once. When obesity is given as a secondary cause of admission, the figures are even more troubling.

By this measure, there were 534 admissions of boys under five and 420 girls – a more than four-fold increase in all toddlers compared to a decade ago.

In total, there were 6,350 hospital admissions of boys up to the age 19 with obesity as either primary or secondary diagnosis and 11,900 cases for girls.

The Government last month unveiled a strategy to try to tackle the problem, including a ban on junk-food adverts before 9pm, scrapping ‘buy one get one free’ offers on unhealthy food and printing calorie counts on menus.

Lucy Upton, an NHS nutritionist from the Infant and Toddler Forum, described the new figures as ‘very worrying’, adding: ‘This definitely reflects what we’re seeing in practice and it’s becoming an increasing concern, especially when it involves that very young age group as habits can be set for life. 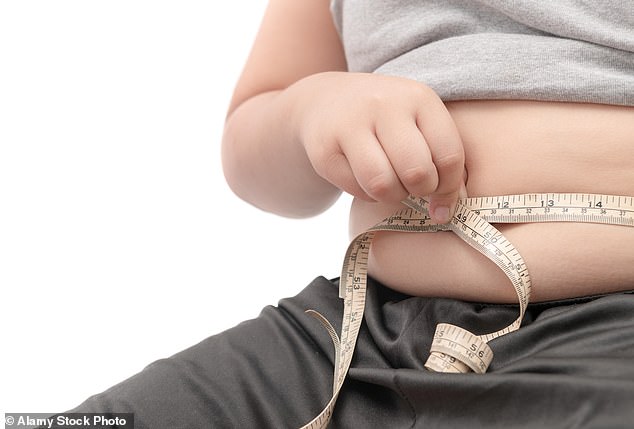 The Government last month unveiled a strategy to try to tackle the problem, including a ban on junk-food adverts before 9pm, scrapping ‘buy one get one free’ offers on unhealthy food and printing calorie counts on menus (stock image)

‘I would say that the Government’s obesity strategy is a good starting point, but as far as the early years are concerned, it’s more reactive than proactive. ‘We need to start from conception onwards and get things right from the start, often with quite simple messages about our approach to food and diet.’

Caroline Cerny, of the Obesity Health Alliance, said hospitals had become better at recording cases, but added: ‘We do know that obesity in infants and pre-schoolers is a big problem. The number of children who start school classified as overweight or obese has been going up, particularly in the most deprived communities.

‘We really need the Government to do more than it’s done, especially in the early years. Infant food can be full of sugar, even if there are pictures of healthy vegetables on the front – cartoons and popular brand characters are plastered across what is really junk food.’

She cited a pioneering project by Leeds City Council and the Henry charity which bucked the trend on childhood obesity by working with the whole family. ‘It’s a really good example of the benefits of sustained investment in early years,’ she said.

‘They’ve been focusing on this for about ten years – it’s not a magic bullet.’ Ms Cerny said she expects more people to have become obese because of the lockdown.

‘Anecdotally, we’re hearing it’s been much harder for parents to get their children outside,’ she explained. ‘Playgrounds have been closed and there’s been a lot of extra screen time for children while parents have been working from home.’

A Department of Health and Social Care spokesman said: ‘We are determined to tackle obesity across all ages and we have already taken significant action – cutting sugar from half of drinks on sale, funding exercise programmes in schools and working with councils to tackle child obesity locally.’

The new figures come from NHS Digital, which is responsible for collecting and standardising data across the health service.