New Zealand will buy additional COVID-19 vaccines, developed by Pfizer Inc and Germany’s BioNTech, which will be enough to vaccinate the whole country, Prime Minister Jacinda Ardern said on Monday.

The government has signed an agreement to buy an extra 8.5 million doses, enough to vaccinate over 4 million people, Ardern said, adding the vaccines were expected to reach the country in the second half of the year. 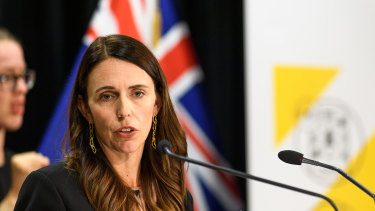 “This brings our total Pfizer order to 10 million doses or enough for 5 million people to get the two shots needed to be fully vaccinated against COVID-19,” Ardern said in a statement.

The government’s original agreement with Pfizer was for 1.5 million doses, enough to vaccinate 750,000 people.

Ardern said the decision to make Pfizer the country’s primary vaccine provider was taken after it was shown to be about 95 per cent effective at preventing symptomatic infection.

Her government started its national rollout of the vaccine last month and expects to inoculate its entire population by the end of the year.

“We won’t all be safe until we have a world where vaccines are widely available and administered,” Ardern said.

Auckland, its biggest city, emerged on Sunday from a strict week-long lockdown imposed after a community cluster of the more contagious British coronavirus variant.

It reported no new cases on Monday.