Shocking surveillance footage from New York City showed a hammer-wielding suspect deliver a blow to another man standing on a Manhattan subway platform, causing the victim to fall on the train tracks.

Jamar Newton, 41, of Brooklyn, was arrested by NYPD detectives on Monday and charged with assault and reckless endangerment, WABC reported. Police had released surveillance video allegedly showing Newton – wearing a T-shirt emblazoned with the words “I AM BLACK HISTORY” – carrying out an attack at approximately 9:08 p.m. at the Union Square subway station’s ‘N/R’ line in Manhattan on Saturday.

The man appeared to walk away from Newton. But video showed the suspect, also wearing a white baseball cap, take a hammer out of his blue backpack and swing it over the head of the 44-year-old male victim. The suspect then exited the station through the subway turnstile. 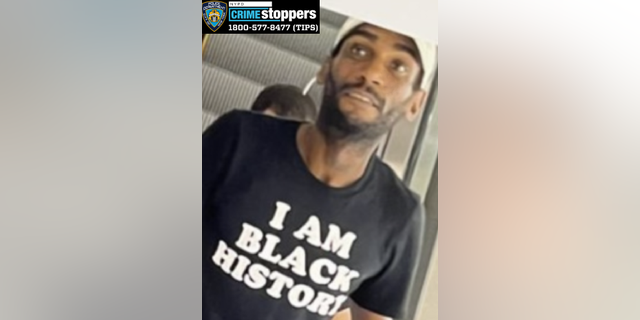 NYPD released an image of the suspect wanted for an assault in the Union Square subway station in Manhattan.
( NYPD Crime Stoppers)

Police said a “dispute” with the victim led to the suspect hitting him on the head with a hammer. The victim fell onto the subway tracks and was pulled to safety by good Samaritans. He was taken to Bellevue Hospital, where he received seven stitches to close a cut to the back of his head.

Police said the victim was in stable condition. A reward of up to $3,500 was offered for information about the suspect. Police asked anyone with knowledge of the incident to call or direct message NYPDTips at 800-577-TIPS.