NYC Mayor Bill de Blasio is being mocked for a "stupid" attempt at trolling President Trump over Covid masks.

De Blasio put a mask on outside New York City hall – mimicking a clip where Trump was seen removing his face covering outside the White House when returning from Walter Reed hospital on Monday. 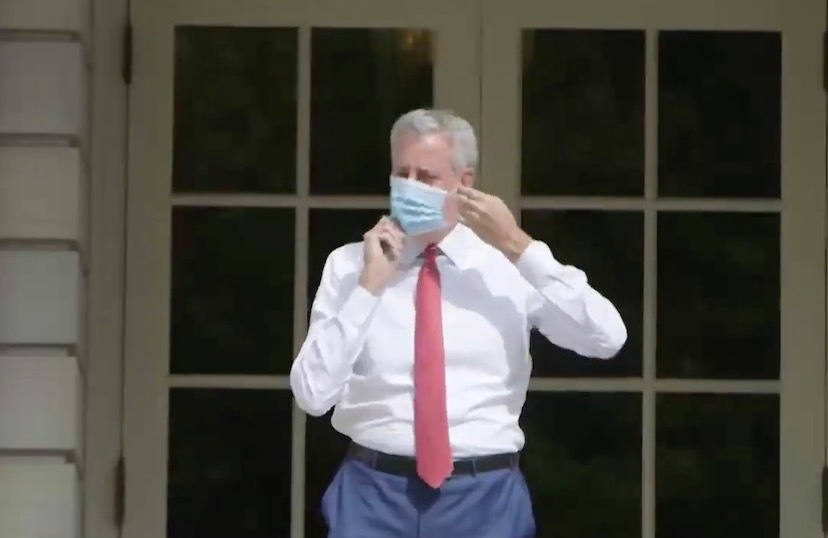 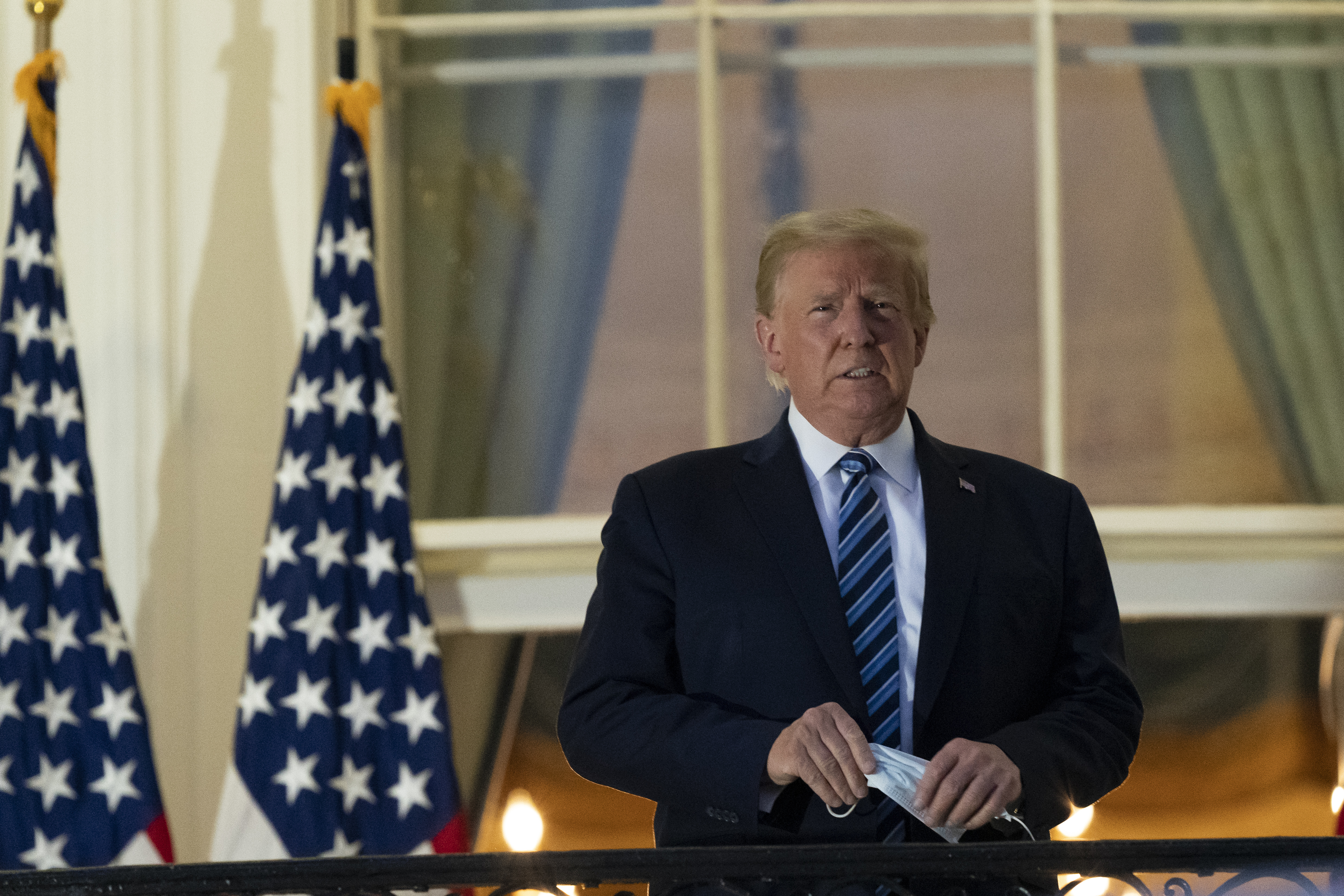 The video with de Blasio was shared by the City of New York on Tuesday evening.

In the video, de Blasio was seen holding up a face mask as he stood outside City Hall and shaking it in the air.

He then put the mask on his face and saluted before turning around and walking inside the building.

"In New York City we wear our masks, proudly," the City of New York wrote.

De Blasio's video was an opposite move from President Trump – who in a clip on Monday was seen removing his mask as he returned from Walter Reed medical center.

Trump – who was hospitalized after being diagnosed with coronavirus – stood outside the White House after removing his face covering, and then saluted. 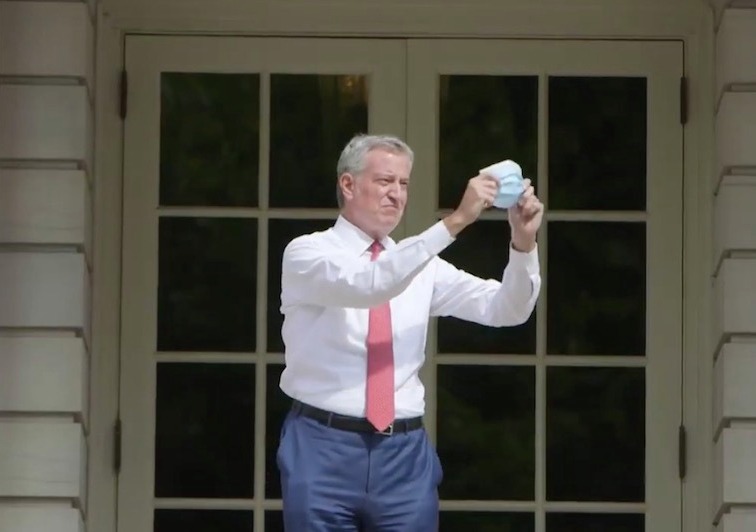 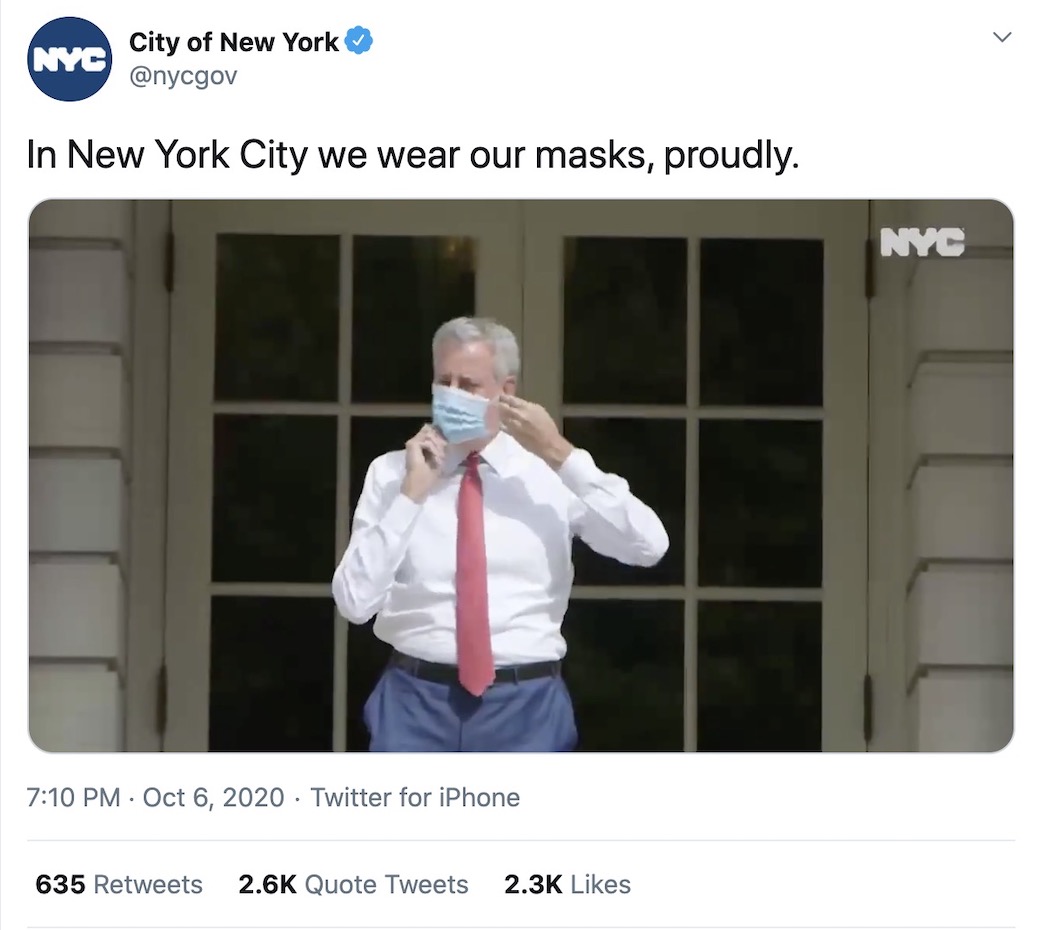 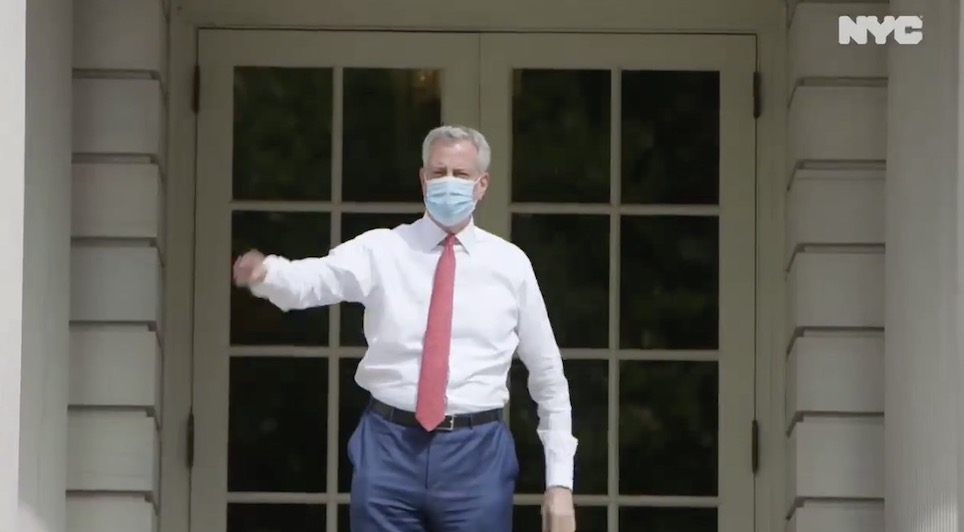 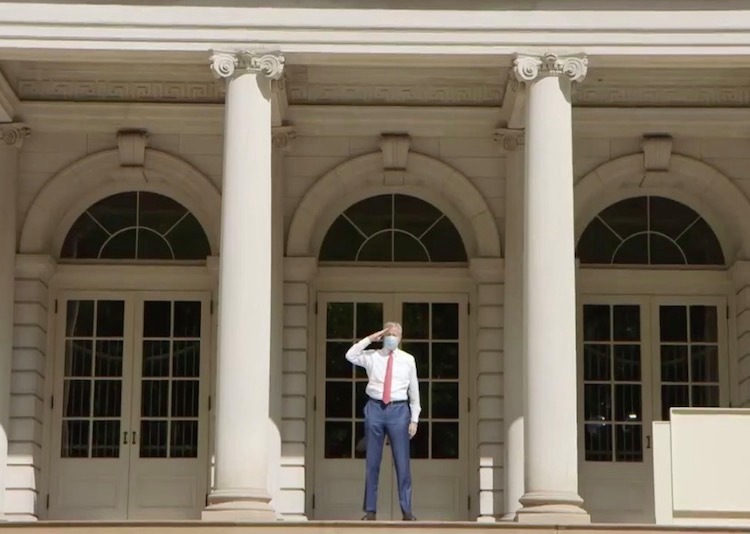 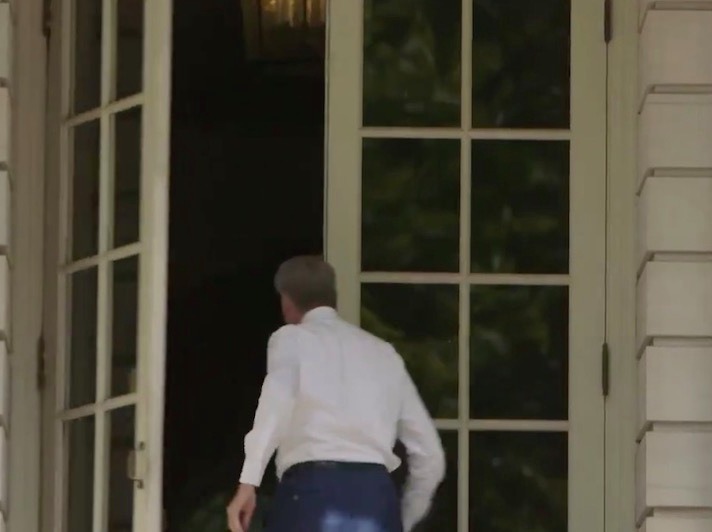 As the video of de Blasio was shared in a move to slam Trump, users mocked the NYC mayor.

"This is the stupidest thing I’ve seen today," one user wrote.

Another user shared a clip of a person putting a clown mask over their face, with the words "same energy."

"I am so ashamed to be a New Yorker right now. Can I identify as being from someplace else?" one user wrote.

Another user said the video was "so cringey," while one called it "dumb."

The day after de Blasio's video was released, the mayor warned that people found having mass gatherings could be fined up to $15,000 dollars, The New York Post reported. 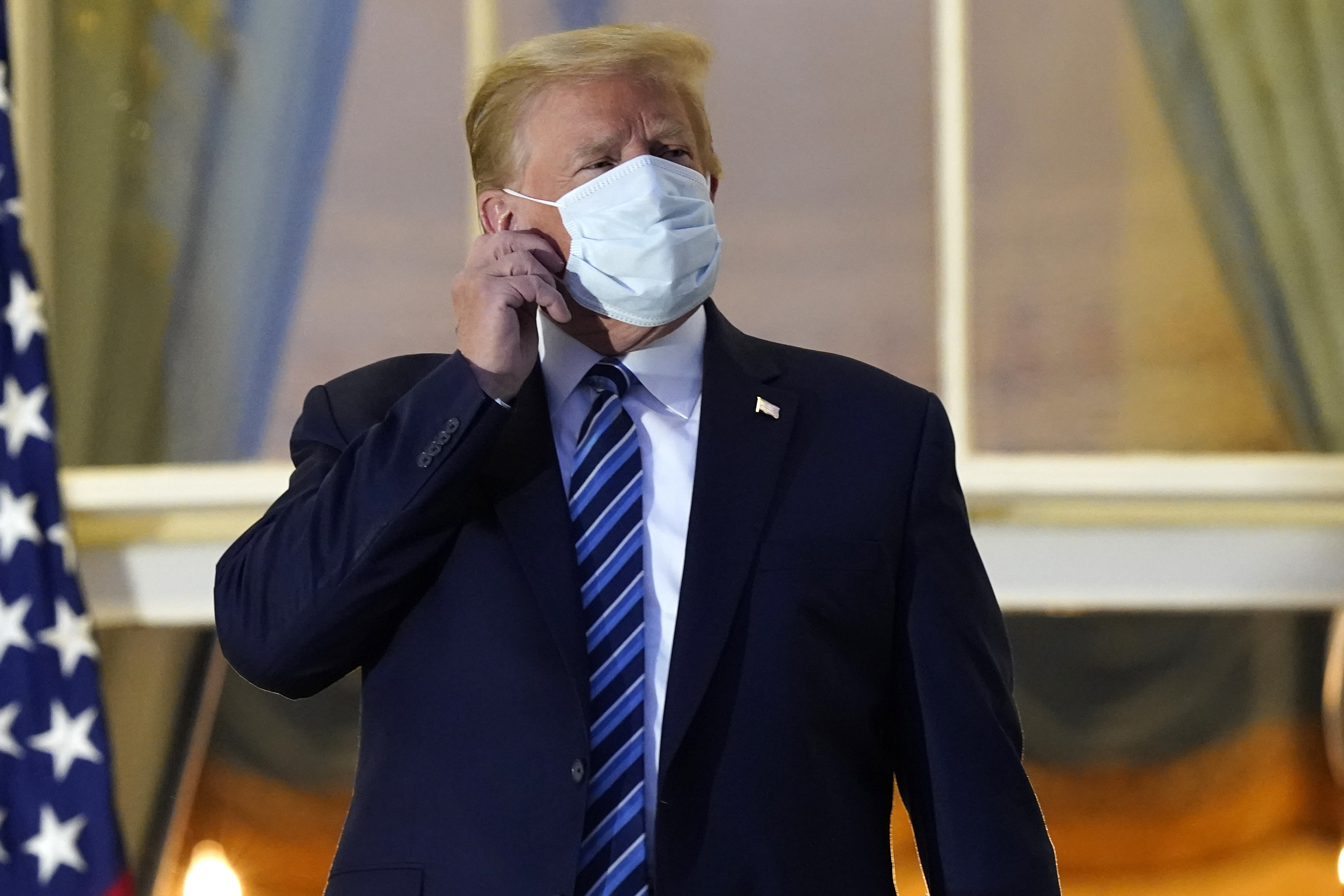 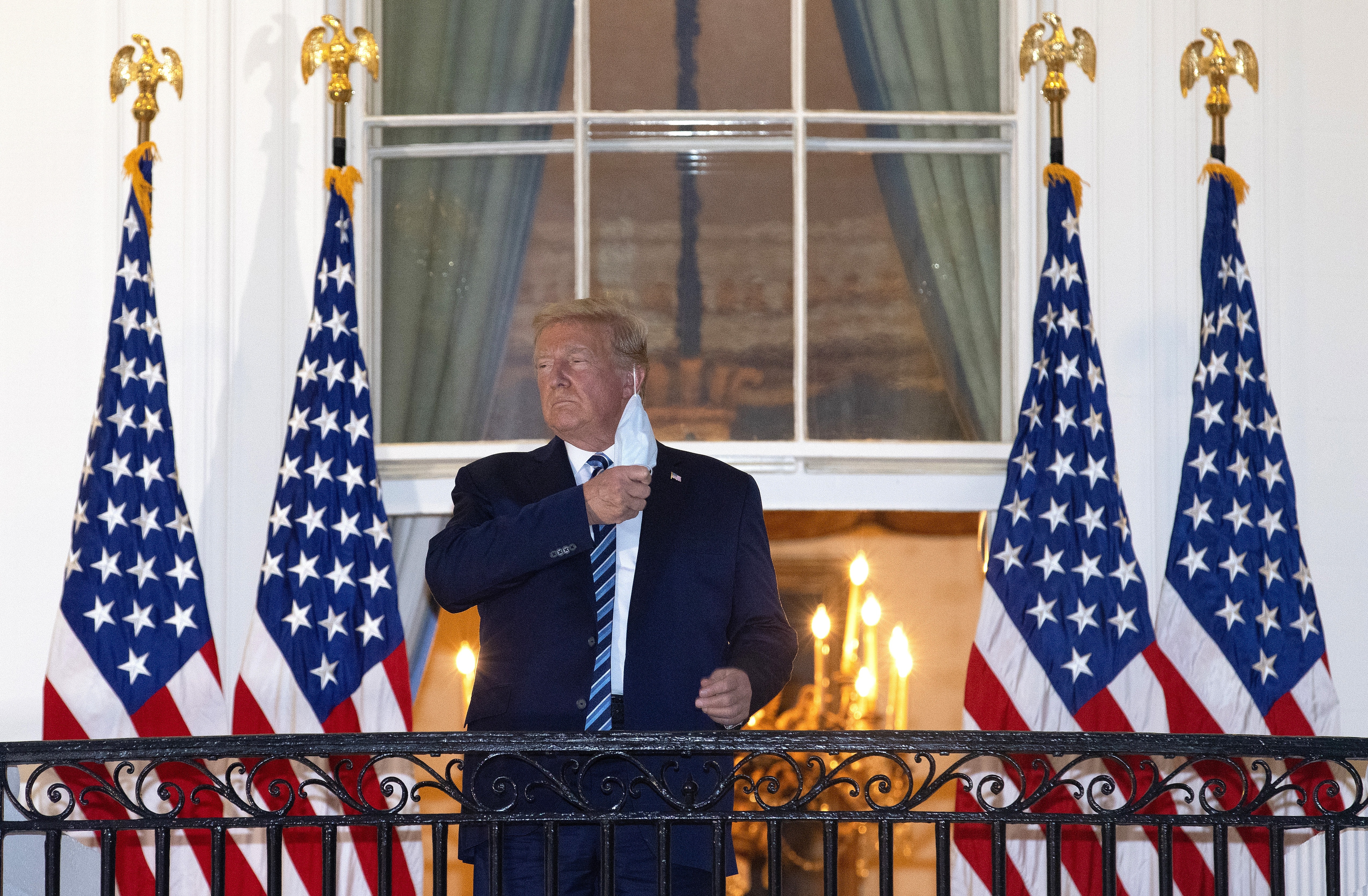 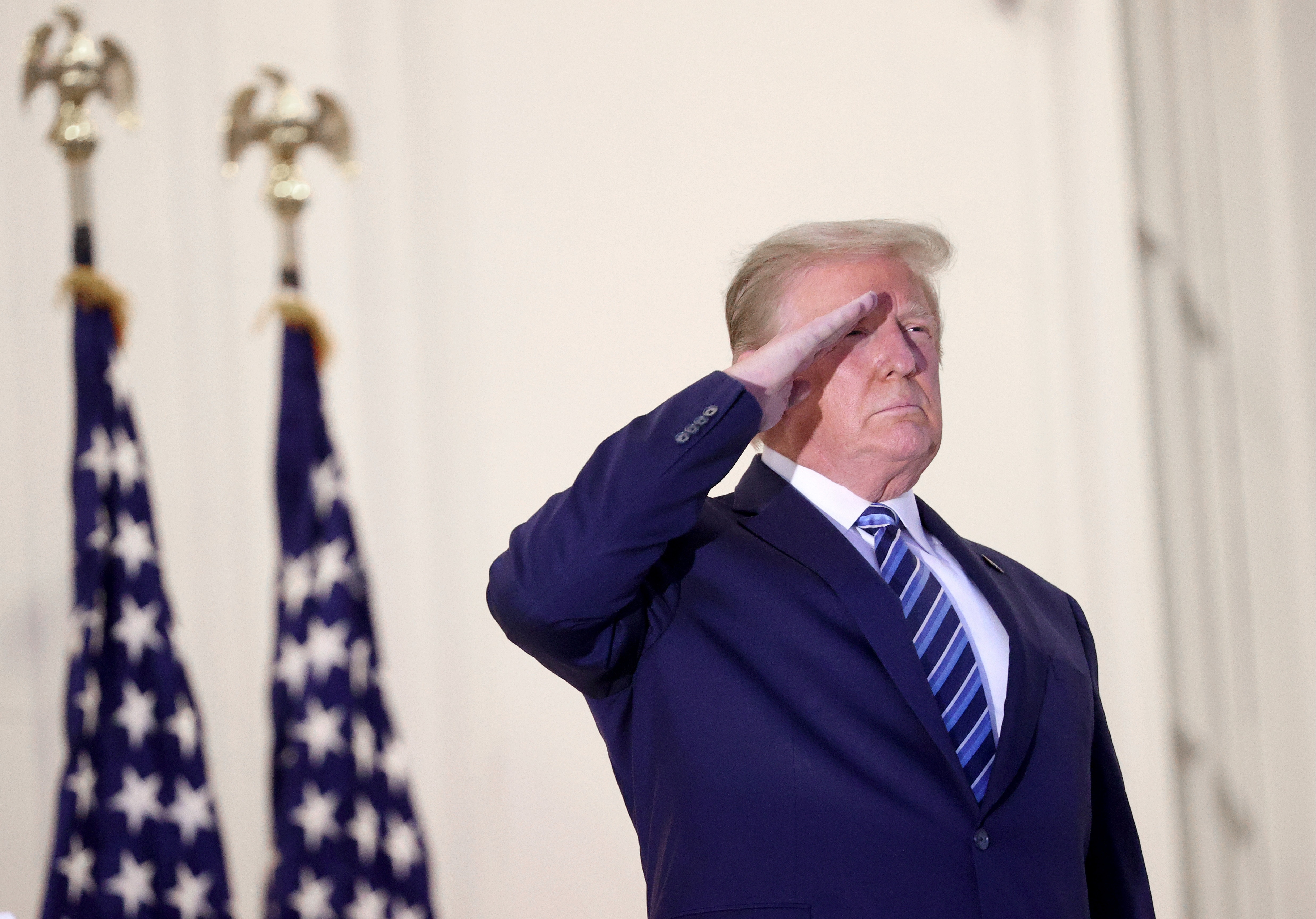 De Blasio also warned that people who do not wear face coverings or social distancing may be fined as much as $1,000 a day, The Post reported.

The mayor's warning followed just days after he announced a proposal to target nine zip codes with Covid-19 rates that remained over 3percent for the past week.

Under the plan – set to begin Wednesday – non-essential businesses, and both public and private schools – would close for two weeks.

If case rates dropped below three percent, then after two weeks, the zip codes could reopen, according to a press release.

However, if cases continue to rise, the businesses will be closed for three to four weeks.

“New Yorkers have worked hard to fight back COVID-19, and we don’t make this recommendation lightly,” de Blasio said in a statement. 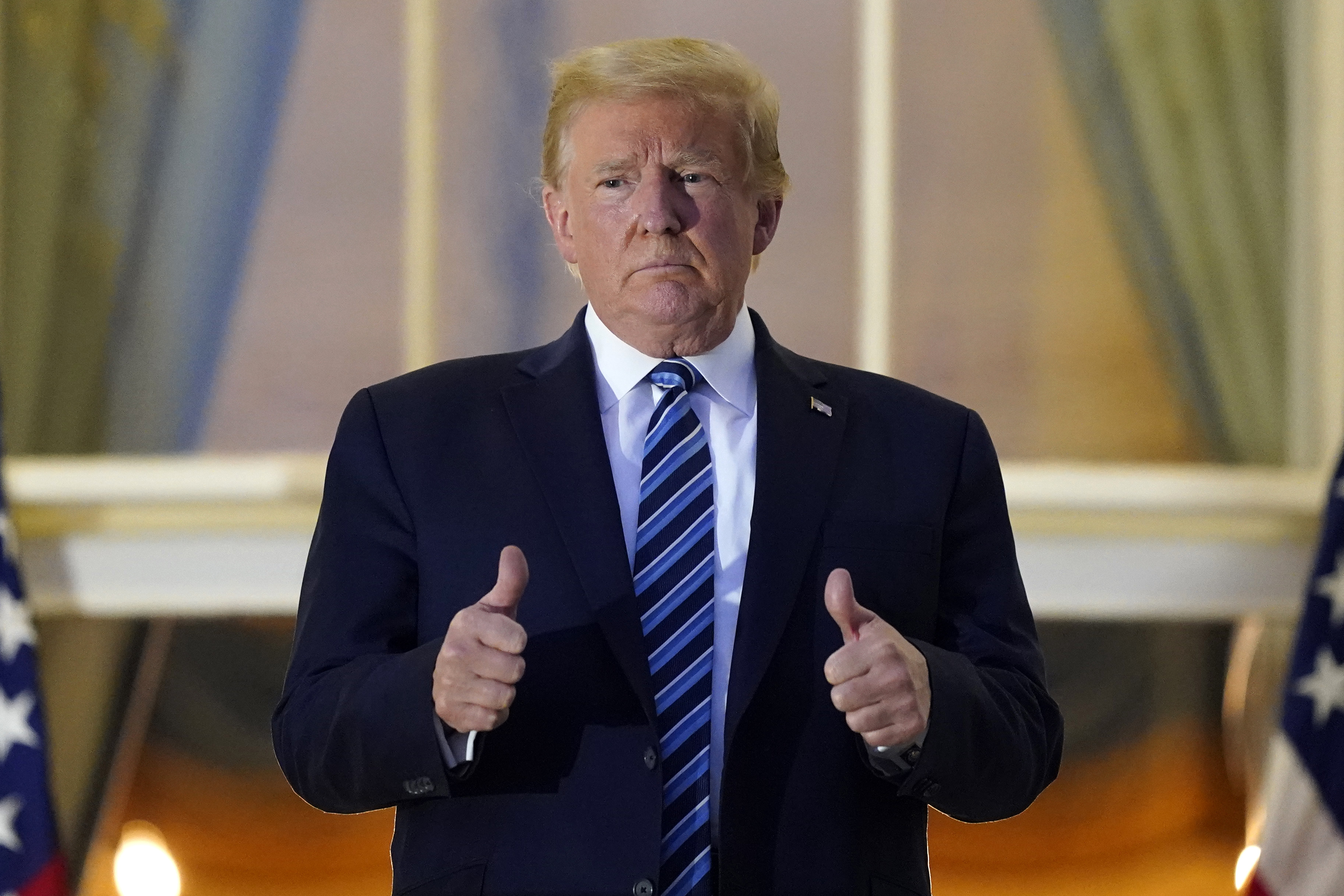 "But science guides our decision-making in this city – and we go where the facts take us.

“Once again, it’s time for our city to dig deep and fight this virus the best way we know how: by wearing a mask, practicing social distancing, and looking after our seniors and most vulnerable neighbors.”

Additionally, "high-risk" activities – including indoor dining, gyms, and indoor and outdoor pools – would shut down in 11 other NYC zip codes where Covid rates remained between two and three percent, according to a press release.