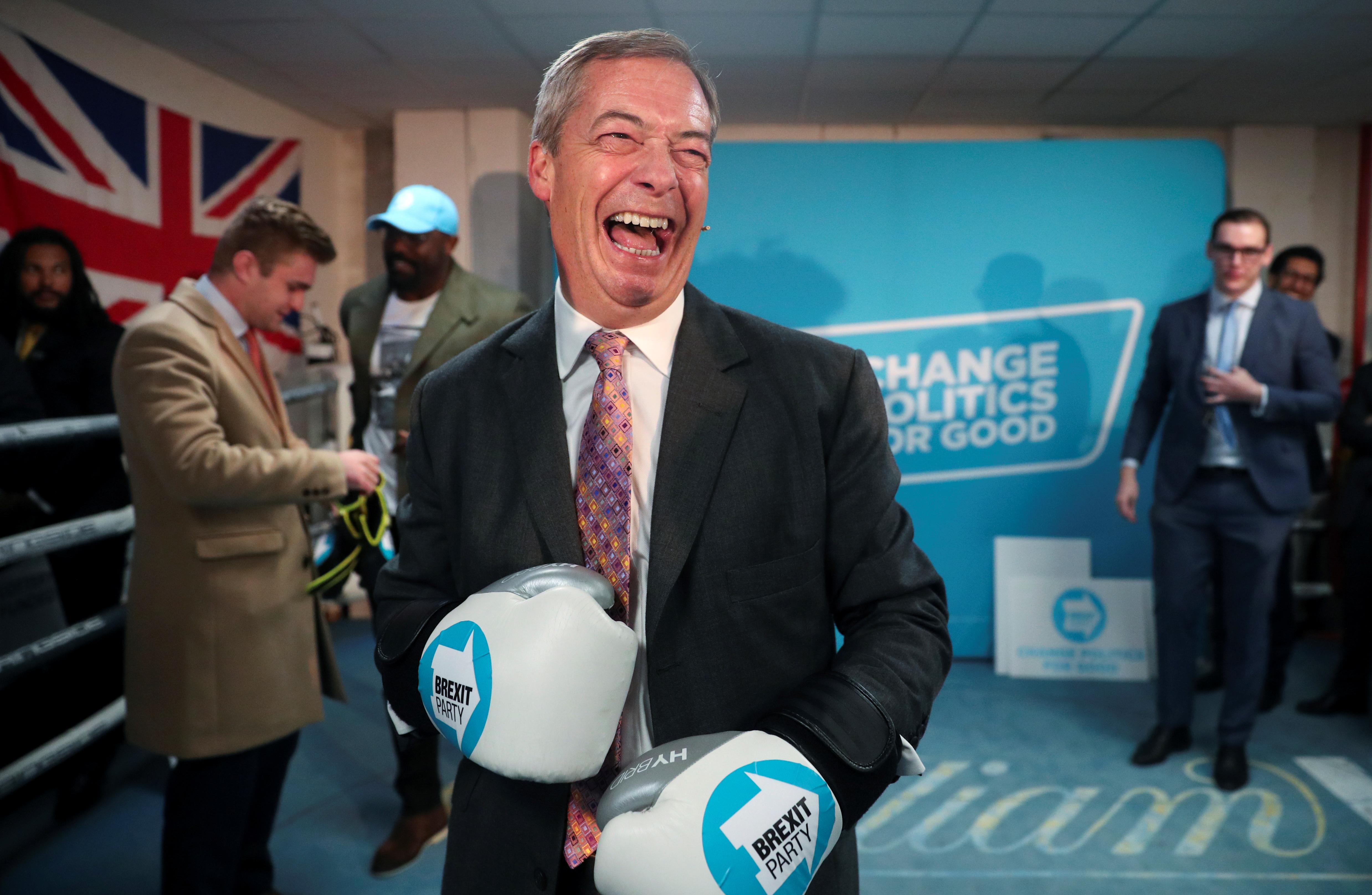 The Dec. 12 election will define the fate of Brexit: Johnson says he will get Brexit done by the end of January if he wins while Labour leader Jeremy Corbyn has promised to renegotiate the current exit deal and then hold another referendum.

Both supporters and opponents of the EU divorce say the election is their last real chance to either deliver on the 2016 Brexit referendum or to prevent what some see as Britain’s worst strategic blunder since the 1956 Suez crisis.

In the most significant move of the election to date, Farage agreed on Monday to stand down 317 Brexit Party candidates in Conservative-held seats, a step that could pave the way for a majority in parliament for the Brexit deal Johnson negotiated.

Farage, cast by supporters as the “godfather of Brexit”, has come under intense pressure from some powerful Brexit supporters and the governing Conservative Party to stand down more.

He had until 1600 GMT on Thursday to withdraw more candidates but declined to do so.

Farage said a deal with the Conservatives could have been done but that Johnson’s party did not want the Brexit Party to win seats in parliament. He said Conservative officials had been contacting Brexit Party candidates to offer them jobs or peerages not to stand.

“That I think is the most extraordinary abuse of the whole democratic process,” Farage, 55, told Sky News. “What they want is a Conservative majority not a leave majority. I’ve given him a bye in 317 seats, I’m going to challenge him in the rest.”

One of his candidates did pull out at the last minute from contesting the Dudley North seat in central England, which Labour won by just 22 votes in 2017, saying he had to put country before party.

“The probability is that this election is going to come up with a very binary outcome,” said Britain’s leading psephologist, John Curtice.

Britain will lose influence in international affairs and become a “second-rate player” after it leaves the EU, European Council President Donald Tusk said late on Wednesday.

Arron Banks, one of the biggest financiers behind the campaign for Britain to leave the EU, told Reuters on Thursday that Farage should step aside to ensure a Johnson majority.

Farage accused Banks of losing his appetite for what Leave supporters call a “clean Brexit” by supporting Johnson’s deal, much of which was crafted by former prime minister Theresa May.

Farage and his supporters argue that the deal does not constitute a real Brexit, saying it would keep Britain closely tied to the EU.

“He (Banks), I think, has just had enough of Brexit, it’s Brexhaustion and he was happy for some reason to go along with Mrs May’s deal and Boris’ deal,” Farage said. 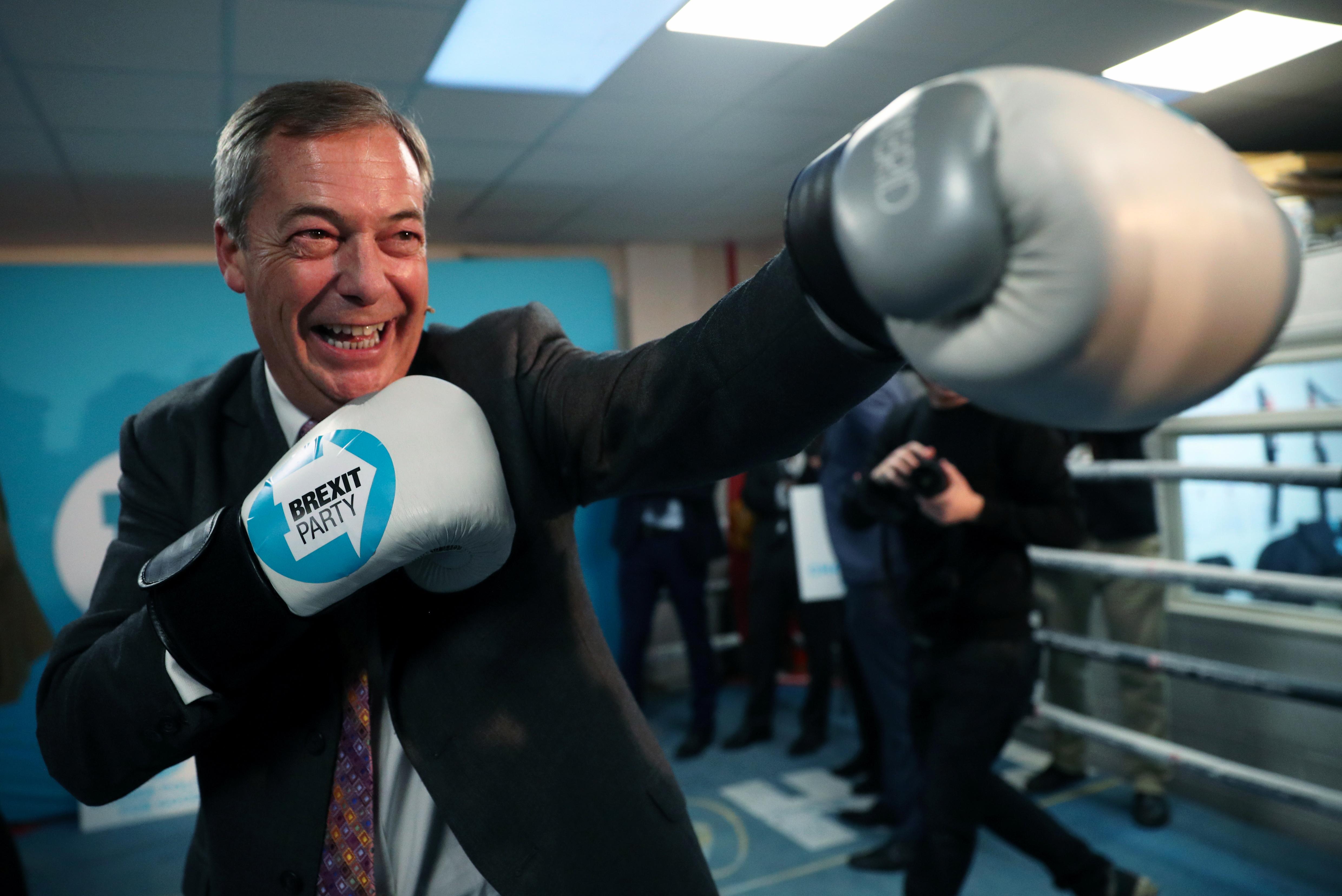 Banks denied he was suffering from “Brexhaustion”.

“The Brexit Party has been a successful pressure group that doesn’t realize it’s already won. It should now push to help Boris get Brexit done and that only happens with a Boris majority,” Banks said.

“I support a clean break Brexit but Nigel and the Brexit Party haven’t outlined any realistic way to get to that position and for that reason I support a strong leave majority in parliament to get Brexit done.”