MADRID (Reuters) – Neither the left nor the right will win a majority in Spain’s parliamentary election this Sunday, according to a calculation by El Pais newspaper based on dozens of opinion polls. 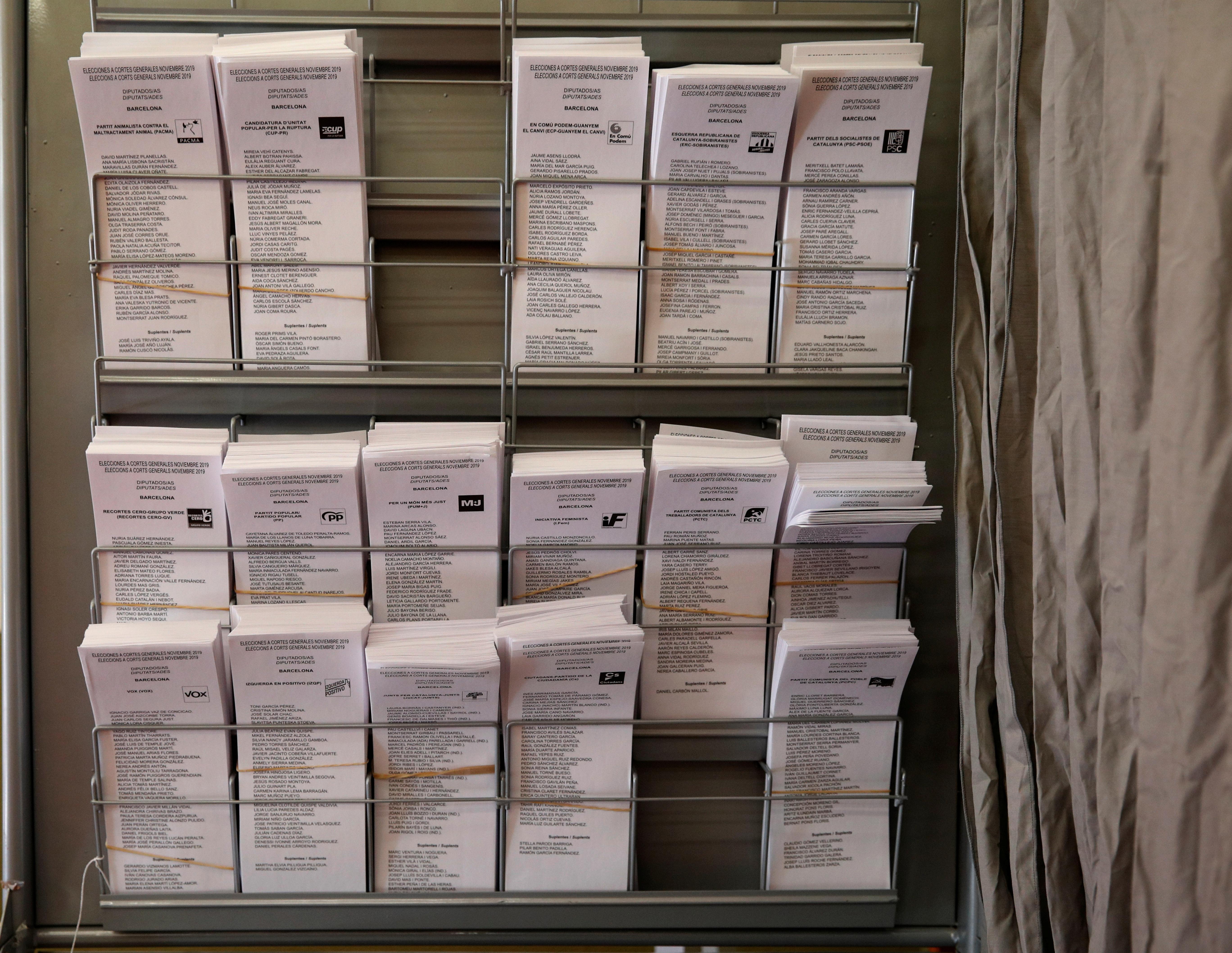 The closely-watched poll of polls confirmed weeks of surveys that suggested the election will do little to break a long-standing stalemate that has forced voters to the polls for the second time this year and for the fourth time in four years.

Instead, it suggested the emergence of a far more complex political landscape, with a 60% chance of neither the left nor the right reaching the 176 seats needed for a majority in the 350-seat parliament.

The Spanish Socialist Workers’ Party (PSOE), led by Pedro Sanchez, would lead with 117 seats, down from the 123 seats obtained in April’s inconclusive election.

Its main rival, the conservative People’s Party (PP), could reach 92 seats, a significant gain from the 66 seats it won in the previous election.

Far-right party Vox, which secured its first parliamentary seats in the previous election, would see its seats nearly double from 24 to 46, overtaking left-wing Podemos and center-right Ciudadanos to become the third-largest parliamentary group, it showed.

Several recent polls suggest support increased for Vox since the eruption of protests, at times violent, in Catalonia following the sentencing of nine independence leaders to prison terms of up to 13 years last month.

The unrest has seemingly provided a boost to parties on the right, who have called for the central government to take a tougher line on separatists in the northeastern region.

In the past four years, elections in Spain have produced minority or short-lived governments as political leaders struggled to adapt to the emergence of new parties that ended years of dominance by PP and Socialists.

The El Pais poll of polls is based on surveys published until Monday. By law, opinion polls cannot be published any closer to the election date.

It suggests parties will have to be creative and go beyond traditional alliances to try to form a government.

The Socialists and PP would together have enough seats to have a majority. Both parties have, however, publicly ruled out a “grand coalition” pact.