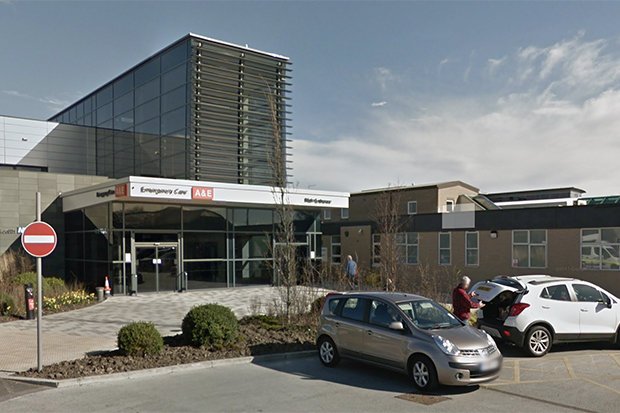 “The defendant continued trying to assault him and other staff arrived.

“A pool ball was recovered from the sleeve of the defendant and it appears this is what was used to strike a blow to the complainant’s head. He also had a fork concealed in his clothing.

“This was a sustained assault and he was clearly intent on causing further injury after the initial assault with the pool ball and the complainant was a public servant tasked with looking after the welfare and health of the defendant.”

The victim was left bloodied and bruised after the shocking attack.

Mr Wardlaw added: “He feared for his life such was the ferocity of the assault.

“He is now wary at work and his family are concerned when he goes to work.”

Smith, 40, of no fixed address, pleaded guilty to assault occasioning actual bodily harm and was sentenced to 12 months in prison suspended for two years.

Judge Jonathan Carroll told him: “This was a serious assault on an NHS worker who was doing no more than trying to provide you with the health care and assistance you needed at the time.

“He was doing nothing other than his job and seeing you were well cared for.

The court heard Smith is now engaging with mental health services and probation.