A major shake-up of the NHS is set to be announced today amid plans to get rid of ‘burdensome bureaucracy,’ by reversing reforms made under David Cameron.

The Health Secretary is set to reverse some of the reforms made by David Cameron’s coalition Government in 2012, which saw the creation of NHS England to run the health service.

Reforms under the Health and Social Care Act 2012, which now look set to be reversed, were considered the ‘biggest revolution in the NHS since its foundation’, and were some of the coalition government’s most controversial.

The Act removed responsibility for healthcare from the Health Minister, which the post had carried since the inception of the NHS in 1948, and abolished Primary Care Trusts and Strategic Health Authorities, instead transferring between £60 billion and £80 billion of ‘commissioning’ from the abolished PCTs to several hundred Clinical Commissioning Groups.

Some of those changes look set to be reversed, as Matt Hancock suggested his successors will be able to stop hospitals being closed and could potentially set up new services.

Measures to address obesity, oral health and patient choices could see restrictions brought in on junk food advertising before the 9pm watershed, along with greater calorie labelling on food and drink packaging. 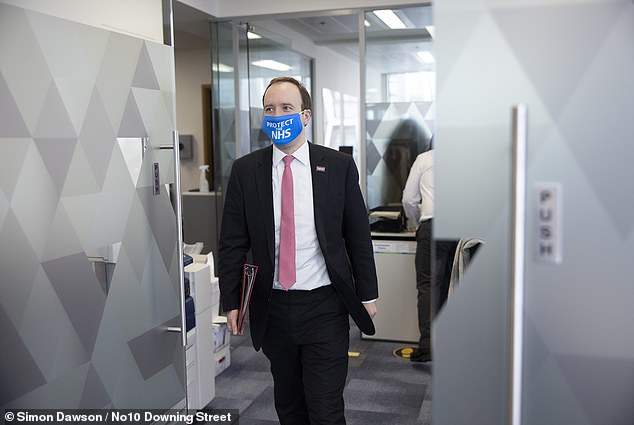 Matt Hancock is expected to outline plans to create a ‘more integrated, more innovative and responsive,’ NHS today that will also tackle obesity

Health and Social Care Act 2012: How Andrew Lansley’s reforms marked the most extensive reorganisation of the NHS to date

The reforms, which look set to largely be reversed, were considered the ‘biggest revolution in the NHS since its foundation’, and were some of the coalition government’s most controversial.

The Act removed responsibility for healthcare from the Health Minister, which the post had carried since the inception of the NHS in 1948.

It abolished Primary Care Trusts and Strategic Health Authorities, instead transferring between £60 billion and £80 billion of ‘commissioning’ from the abolished PCTs to several hundred Clinical Commissioning Groups.

These were partly run by GPs in England, but also opened the door to private service providers.

The restructuring also created a new body, NHS England, which ran the health service, while healthy lifestyle programmes were handed to town halls.

However, the reforms were met with significant opposition from opposition MPs and professional bodies representing healthcare workers.

In a letter to The Times, British Medical Association chairman Hamish Meldrum, Royal College of Nursing chief executive Peter Carter, and the heads of the Unison and Unite unions said the speed and scale of the reforms risked undermining the care of patients by putting cost before quality.

A leaked document published by Health Policy Insight said there will be ‘enhanced powers of direction for the Government,’ to ‘ensure that decision makers overseeing the health system at a national level are effectively held to account’.

Services are expected to be moved out of hospital to create a more preventative health service, while a more joined-up approach will see doctors encouraged to work alongside social care and local authorities.

Ministers believe this system creates unnecessary red tape, with new plans set to centralise decision-making in the health service and reduce the role of the private sector, giving Government the power to block the closure of hospitals and overrule bosses in what could be the biggest health reform for a decade.

It was reported proposals could include powers for the Health Secretary to put fluoride in water, currently a decision made by councils.

The department said key measures in the White Paper include bringing the NHS and local government together legally as part of integrated care systems and changes to tendering processes which the department said ‘waste a significant amount’ of staff time.

They also involve putting the Healthcare Safety Investigations Branch permanently into law as a statutory body to reduce risk and improve safety, and a package of measures to deliver on specific needs in the social care sector to improve oversight and accountability.

Legislation to support the introduction of new requirements about calorie labelling on food and drink packaging and the advertising of junk food before the 9pm watershed also forms part of the blueprint.

Mr Hancock said: ‘The NHS and local government have long been calling for better integration and less burdensome bureaucracy, and this virus has made clear the time for change is now.

‘These changes will allow us to bottle the innovation and ingenuity of our brilliant staff during the pandemic, where progress was made despite the legal framework, rather than because of it.

‘The proposals build on what the NHS has called for and will become the foundations for a health and care system which is more integrated, more innovative and responsive, and more ready to respond to the challenges of tomorrow, from health inequalities to our ageing population.’

Sir Simon Stevens, chief executive of the NHS, said: ‘Our legislative proposals go with the grain of what patients and staff across the health service all want to see – more joined-up care, less legal bureaucracy and a sharper focus on prevention, inequality and social care.’ 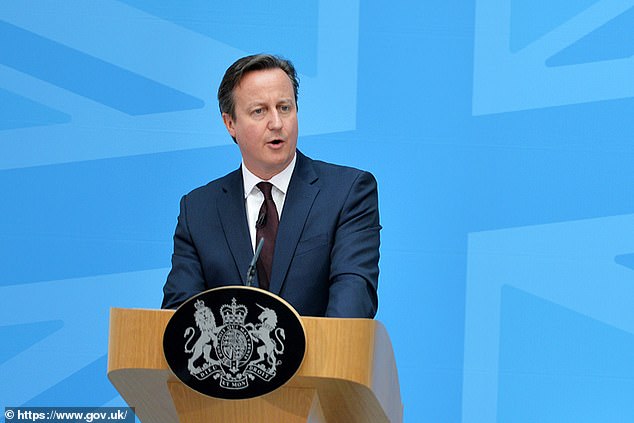 She said while legislation will not make collaboration happen, it can ‘remove barriers and facilitate the changes that the NHS really needs as we move into the post-pandemic recovery stage’.

Shadow Health Secretary Jonathan Ashworth criticised the timing of reforms, as the NHS struggles to cope with the Covid-19 pandemic.

Speaking on Good Morning Britain today, the Labour MP said: ‘The devil will be in the detail, but when our NHS is in an absolute crisis, the Royal College of Nursing said yesterday the NHS was on its knees, staff are exhausted, running on fumes. Why is now the right time to embark on a big, massive re-organisation of the NHS?

‘We’ve got 192,000 people waiting over a year for treatment our cancer survival rates are among the worse in Europe, we know young people and children are often denied the mental health care they desperately need, so will these reforms actually fix any of that?’

NHS Providers chief executive Chris Hopson said there is ‘widespread agreement’ across the NHS on many of the proposals in the White Paper based on a set of agreed legislative proposals in 2019.

He said: ‘These proposals provide an important opportunity to speed up the move to integrate health and care at a local level, replace competition with collaboration and reform an unnecessarily rigid NHS approach to procurement.’

But he said the organisation is ‘keen to understand the Government’s intentions on some of the new proposals it has added such as the new powers for the Secretary of State to direct NHS England, transfer powers between arms length bodies and intervene in local reconfigurations’. 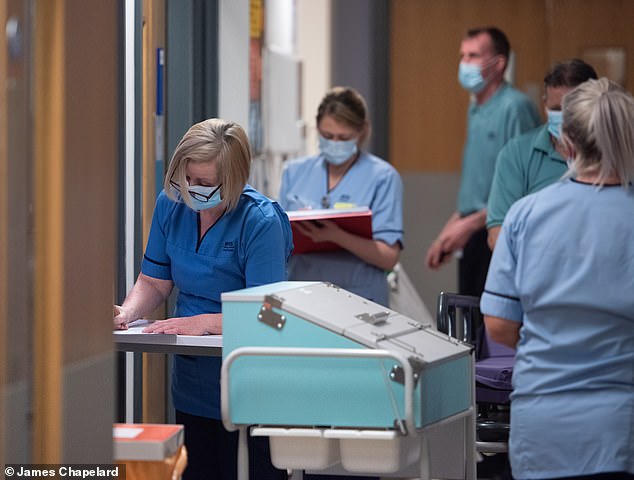 She said: ‘One half of the proposals, to help local services collaborate better, could help improve care for patients and follows the direction NHS leaders are already taking.

‘The other half, giving the Secretary of State more power over the NHS, is concerning, has no clear rationale and could take health care backwards.’

Richard Murray, chief executive of The King’s Fund charity which works to improve health and care in England said the proposals present a ‘welcome shift away from the old legislative focus on competition between healthcare organisations, towards a new model of collaboration, partnership and integration’.

He added: ‘By sweeping away clunky competition and procurement rules, these new plans could give the NHS and its partners greater flexibility to deliver joined-up care to the increasing numbers of people who rely on multiple different services.’

Ian Hudspeth, chairman of the Local Government Association’s community wellbeing board, said the paper ‘provides a promising base on which to build stronger working relationships between local government and the NHS’. 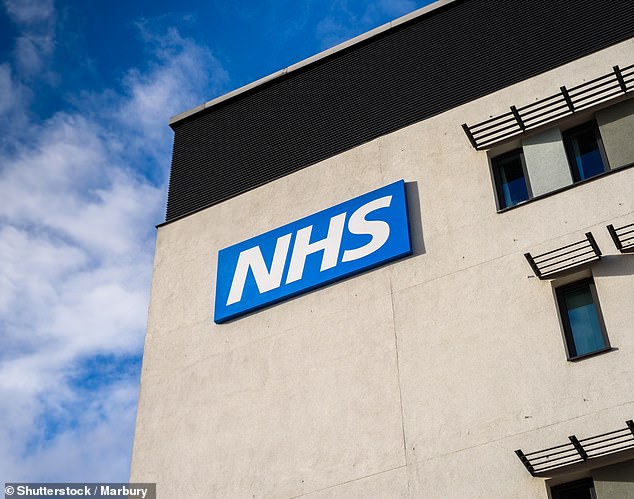 But shadow health secretary Jonathan Ashworth questioned the timing of the proposals.

The Labour MP said: ‘Boris Johnson must explain why a reorganisation in the midst of the biggest crisis the NHS has ever faced is his pressing priority.’

He said: ‘Proposals for sweeping reorganisation on such a scale will need greater time for consideration and must not be rushed through while doctors are still tackling the winter surge in infections, hospitalisations and tragically, deaths.’