NHS boss Simon Stevens insists UK healthcare must not form part of a US trade deal, saying our ancestors ‘fought at D-Day’ so we could make our own choices on the ‘big questions’

The head of the NHS invoked D-Day yesterday as he insisted the health service must not be part of a post-Brexit trade deal with Donald Trump.

Simon Stevens said there was ‘no possibility whatsoever’ of the NHS being opened up to provide greater access for US firms, as the President had suggested.

Mr Stevens, the chief executive of the health service, said his ‘grandfather’s generation’ had fought in the Second World War so the UK could make its ‘own choices’ about public services.

His robust reaction came as the President rowed back from his suggestion that the NHS should be ‘on the table’ in any post-Brexit trans-Atlantic trade negotiation. Mr Trump sparked a row with the remarks on Tuesday, when he said ‘everything’ should be up for grabs. 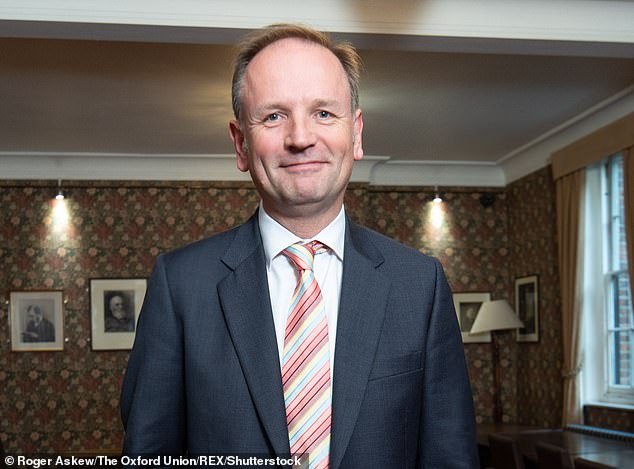 Mr Stevens, the chief executive of the health service, said his ‘grandfather’s generation’ had fought in the Second World War so the UK could make its ‘own choices’ about public services

But yesterday he said: ‘I don’t see it [the NHS] being on the table’, adding that the NHS was not ‘something that I would not consider part of trade’.

Mr Stevens told the Reform health conference in London yesterday: ‘The President corrected himself this morning on ITV, I prefer the second answer to the first.’ He added: ‘The fact is that my grandfather’s generation fought at D-Day 75 years ago so this country could make its own choices on the big questions.

‘The choice we made is to have our NHS. We are one of the only institutions in the country that is more popular 71 years after it was established than it was when it was founded.

‘Our choice as a country is clear. We want an NHS and we want it to continue. There is no possibility whatsoever that it would be undermined in a way that would be acceptable to the people in this country.’

He also insisted NHS patient data is not sold off to US companies as part of a trade deal. 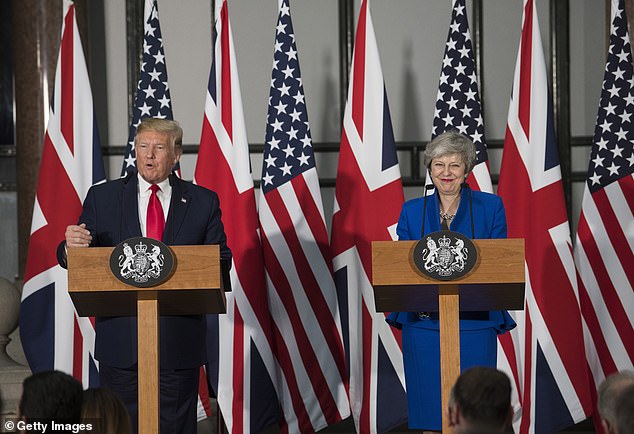 During a joint press conference at the Foreign Office yesterday, Donald Trump alluded to the NHS being on the negotiating table during a trade negotiation

Standing in for Theresa May at Prime Minister’s Questions yesterday, Cabinet minister David Lidington said US firms would not be given access to the health service. He said he was ‘sick of scare stories’ about the NHS being sold off and insisted it was ‘not for sale’.

The row exploded on Tuesday following a joint Press conference with Mrs May when the President said ‘everything, with a trade deal, is on the table’ and suggested a ‘phenomenal deal’ could see trade triple to £2.4 trillion.

‘When you’re dealing in trade, everything is on the table – so NHS or anything else, a lot more than that, but everything will be on the table,’ he said. 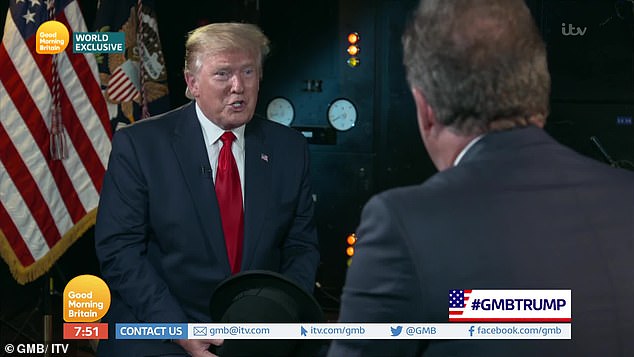 Mrs May appeared to be taken aback by Mr Trump’s comments, saying: ‘The point in making trade deals is, of course, that both sides negotiate and come to an agreement about what should or should not be in that trade deal for the future.’

Last night experts pointed out that private firms already had access to the NHS.

Mark Dayan, of the Nuffield Trust think-tank, said: ‘Private companies, including foreign private companies, already have a high level of access. It’s not clear that all that much would change from a US trade deal.’