The NFL on Tuesday suspended Bobby Hart for one game after the Buffalo Bills guard allegedly punched a Tennessee Titans coach in the head on Monday.

The league announced Hart's suspension in a memo that includes a letter from NFL Vice President of Football Operations Jon Runyan addressed to Hart. Per Runyan, Hart sought out an unnamed Titans player near the tunnel following Buffalo's 41-7 win Monday night. Hart then swung at the Titans player and instead struck an unnamed Titans coach in the head, according to the NFL.

“As both teams were heading to the tunnel, you walked directly across the field to seek out your opponent," Runyan's letter reads. "You approached him near the end zone and a coach had to hold you back as others shook hands.

"Once you and your opponent were in the end zone near the tunnel, you confronted him and immediately swung at him with a closed fist, striking the head of a Tennessee coach. Your aggressive conduct could have caused serious injury and clearly does not reflect the high standards of sportsmanship expected of a professional.”

The NFL cited the league's unsportsmanlike conduct rules in issuing the suspension. Hart is banned for Sunday's game, which is an AFC East showdown against the fellow 2-0 Miami Dolphins. He'll be eligible to return to practice after Sunday's game. 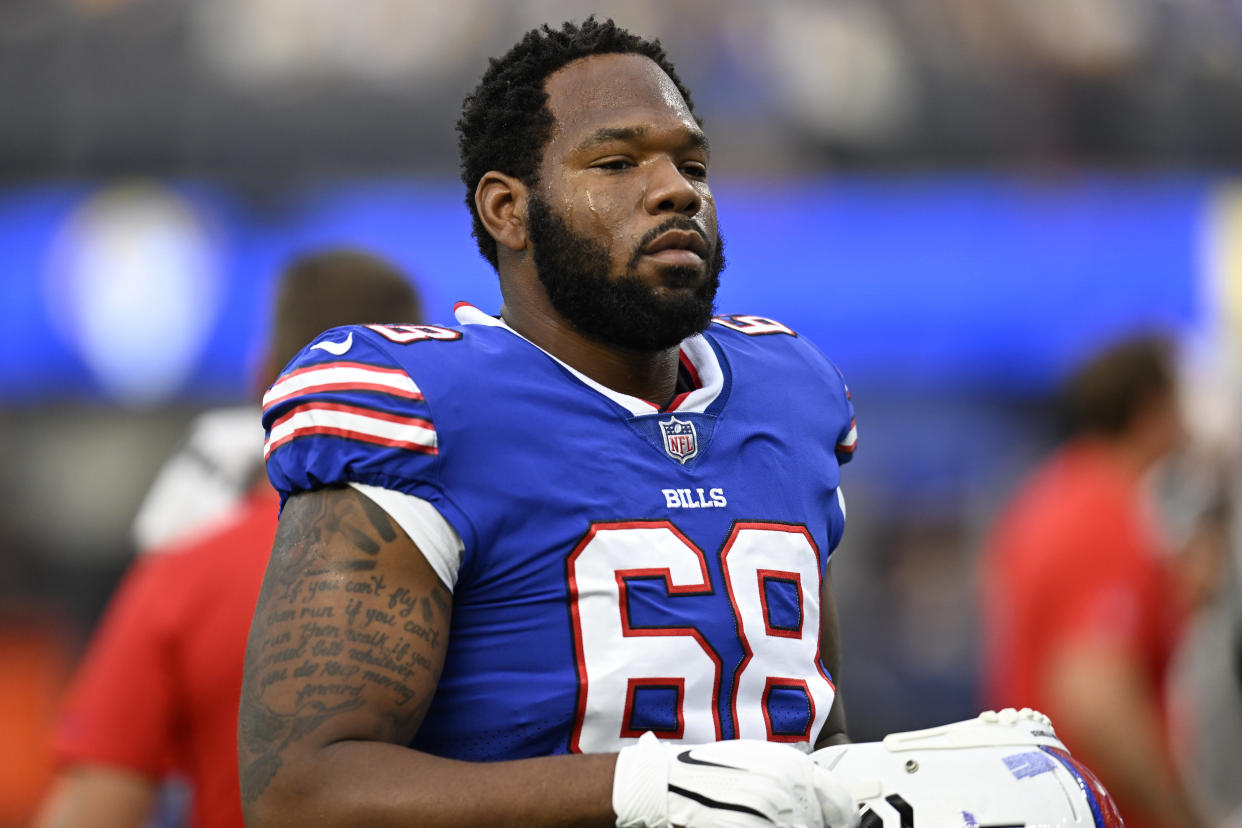 Hart is appealing the suspension, according to multiple reports. Per the terms of the collective bargaining agreement, the appeal will be heard by an officer jointly agreed upon by the NFL and NFLPA. Video of the alleged incident had not surfaced as of Tuesday afternoon. Neither Hart, the Bills nor the Titans had publicly addressed the issue.

Hart, 28, is a reserve guard for the Bills. A seventh-round pick by the New York Giants in 2015, Hart was a member of the Titans practice squad last season before the Bills signed him in November. Buffalo brought him back on a one-year deal this offseason. Prior to this season, Hart played in 83 NFL games, including 67 starts over eight seasons for the Giants, Cincinnati Bengals, Titans and Bills.