ALMATY (Reuters) – Kassym-Jomart Tokayev, the interim president of Kazakhstan hand-picked by veteran leader Nursultan Nazarbayev as his successor, will confirm his position on Sunday in an election triggered by Nazarbayev’s resignation. 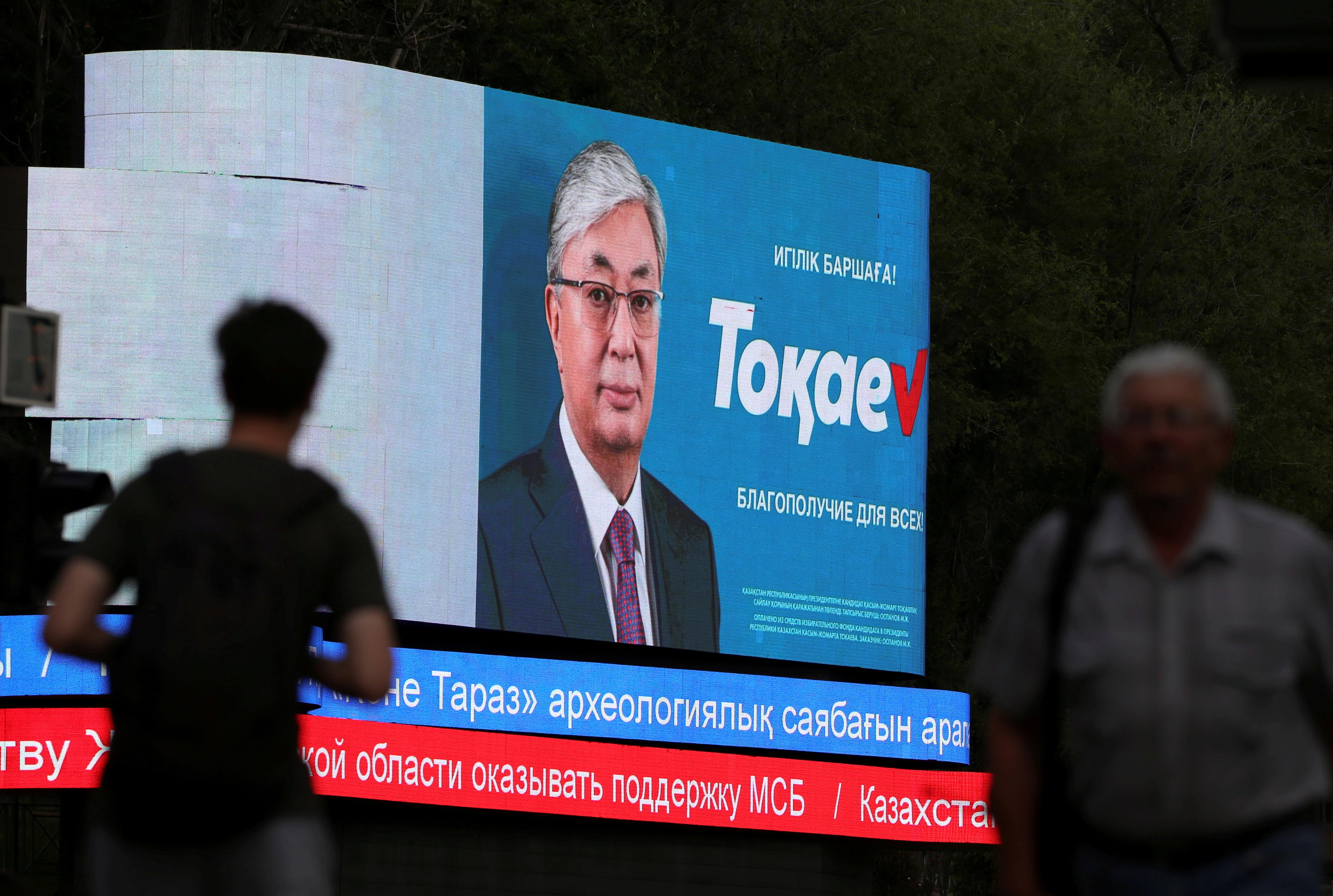 Nazarbayev, who had run the oil-rich former Soviet republic for almost three decades before stepping down in March, and retains sweeping powers, chose the 66-year-old diplomat as his successor, making the outcome of the vote all but certain.

Although critics say the arrangement is undemocratic, the smooth transition is positive news to foreign energy and mining companies who have invested hundreds of billions of dollars in Kazakhstan, as well as its neighbors Russia and China.

For many among 12 million registered voters, Tokayev, a former prime minister and foreign minister, will be the only familiar face among seven candidates when they go to the polling stations after a brief and uneventful campaign.

Nazarbayev, who holds the official title of Yelbasy, or national leader, and continues to run the ruling Nur Otan party, has routinely won over 90 percent of the vote in elections described by Western observers as neither free nor fair.

Kazakhstan’s rubber-stamp parliament, whose upper chamber Tokayev chaired before assuming the presidency, is devoid of opposition, and dissent is largely stifled through control of traditional and electronic media and social networks.

Tokayev himself has said he has no doubt that he will win the election, and promised to take guidance from Nazarbayev on strategic matters. Insiders say the men effectively share the presidential palace, although Nazarbayev’s new office is in a different building.

The arrangement under which the 78-year-old Nazarbayev effectively remains in charge ensures policy continuity – but also means that political uncertainty will linger until Nazarbayev withdraws from politics.

Tokayev has appointed some new deputy ministers but stopped short of making any major personnel or policy changes as interim leader.

On the foreign policy side Tokayev, who studied at an elite Soviet diplomatic school in Moscow and focused on China, is likely to continue Nazarbayev’s policy of balancing between Russia, China and the West, which has helped Kazakhstan attract foreign investment and open up markets for its oil and metals exports.