NATO has decided to halve the size of Russia’s mission to the alliance in response to suspected malign Russian activities in member states, including killings and espionage, Sky News has learnt.

Eight diplomats, thought to be undeclared intelligence officers, will be asked to return home from Brussels, where the alliance is headquartered, while two other positions that are currently vacant will be scrapped.

This will reduce the size of the Russian mission to NATO in the Belgian capital to 10.

“We can confirm that we have withdrawn the accreditation of eight members of the Russian Mission to NATO, who were undeclared Russian intelligence officers,” a NATO official said.

“We can also confirm that we have reduced the number of positions which the Russian Federation can accredit to NATO to 10.

“NATO’s policy towards Russia remains consistent. We have strengthened our deterrence and defence in response to Russia’s aggressive actions, while at the same time we remain open for a meaningful dialogue.”

It is understood that the eight Russian intelligence officers will leave by the end of the month.

The only other time NATO has taken such collective action against Moscow was when allies ejected seven Russian diplomats from the mission in the wake of the 2018 Salisbury spy poisonings as part of a mass expulsion of Russian intelligence officers across allied countries.

At that time, they reduced the size of the Russian mission to 20 from 30.

The latest move, which is understood to have been agreed on Tuesday by all 30 member states, came after revelations emerged in April about suspected Russian involvement in a deadly explosion at an ammunition depot in the Czech Republic in 2014.

Wanting to build a clearer picture of the extent of the Russian threat, NATO is understood to have requested information from all allies on suspected covert activities and operations by Russia’s intelligence agencies in their respective countries in recent years.

It is understood that information from NATO allies was collected over the summer and compiled into a report that was shared between member states in September, along with recommendations about how to respond, including by halving Russia’s NATO mission.

Among the most notorious known suspected Russian-related incidents is the attempted assassination of former Russian double-agent Sergei Skripal and his daughter Yulia in Salisbury in March 2018.

The UK has blamed Russia’s military intelligence agency, the GRU.

Last month, the Metropolitan Police charged a third suspect over the poisonings, a GRU officer named as Denis Sergeev, who used the alias Sergey Fedotov.

He and the other two suspects, Anatoly Chepiga and Alexander Mishkin, are thought to be members of a GRU team known as Unit 29155.

That group has also been linked with the Czech arms depot explosion in October 2014 that left two people dead, the attempted poisoning of a Bulgarian arms dealer in 2015 and a failed coup plot in Montenegro in 2016.

Russia has always denied involvement in any such malign activities.

Counter-intelligence work by the UK, France, and Switzerland, with support from the United States, produced a list of 15 suspected officers linked to Unit 29155 who travelled around Europe between 2014 and 2018, according to a report in France’s Le Monde newspaper.

The reason for all their travel, including to Spain, the UK and Switzerland, is not yet fully understood. The 2019 French newspaper report said that France had served as a base for the agents.

The GRU is not the only part of Russia’s intelligence machine to be accused of conducting attacks on European soil. 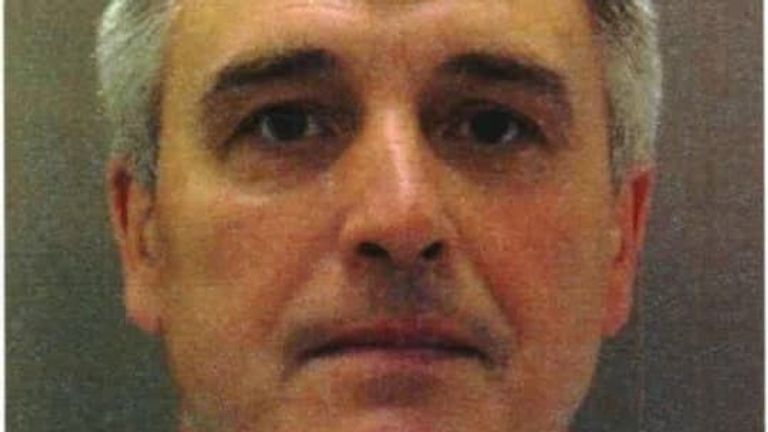 Germany has accused Russia of ordering the murder of a Georgian man, a former Chechen rebel commander, who was gunned down in a Berlin park in 2019.

The investigative website Bellingcat has linked the FSB security service to attack.

Following the collapse of the Soviet Union and end of the Cold War, Russia and NATO have developed a formal procedure to communicate, aimed at improving mutual understanding and cooperating on shared interests.

This evolved into the NATO-Russia Council in 2002, with the two sides meeting regularly.

The interaction halted temporarily following Russia’s annexation of Crimea in 2014 but there have been around eight or nine meetings of the council since 2016.

Yet Moscow has not yet responded to a request made 18 months ago by NATO for another official, council meeting.

“Our policy towards Russia remains consistent,” the NATO official said.

“We have strengthened our deterrence and defence in response to Russia’s aggressive actions, while at the same time we remain open for a meaningful dialogue. The NATO-Russia Council remains an important platform for dialogue. NATO proposed to hold another meeting of the NATO-Russia Council over 18 months ago, and that proposal stands. The ball is in Russia’s court.”