‘My voice will not be stilled’: Jeremy Corbyn vows to continue campaigning from the backbenches in warning to his replacement as the new Labour leader (and he still blames Brexit for his election defeat)

Jeremy Corbyn vowed  today to continue his left-wing crusade after he steps down as Labour leader, insisting ‘my voice will not be stilled’.

In a valedictory message to thousands of devoted followers on social media the outgoing opposition leader, 70, said he would continue to campaign on issues close to his heart from the back-benches.

He will return to being the MP for Islington North when his successor is unveiled with a low-key, coronavirus-impacted announcement tomorrow morning.

Moderate Sir Keir Starmer is expected to win the vote to take over from Mr Corbyn, who led Labour to election humiliation in December.

Critics of the outgoing leader may see his comments as a warning to Sir Keir that he can face criticism if he strays too far from the path Mr Corbyn envisions for the party.

Blaming the December election defeat on Brexit, Mr Corbyn also claimed his leadership of Labour had ‘changed the agenda on austerity and how the economy is run’ – including during the coronavirus pandemic.

Writing on Facebook Mr Corbyn said:  ‘I will continue to campaign on the issues and principles that have motivated me as Leader, as an MP, as a councillor and as a party member for more than 50 years.

‘I can assure you my voice will not be stilled.

‘I’ll be out there campaigning for socialism, peace and justice, and I feel sure we’ll be doing that together.’ 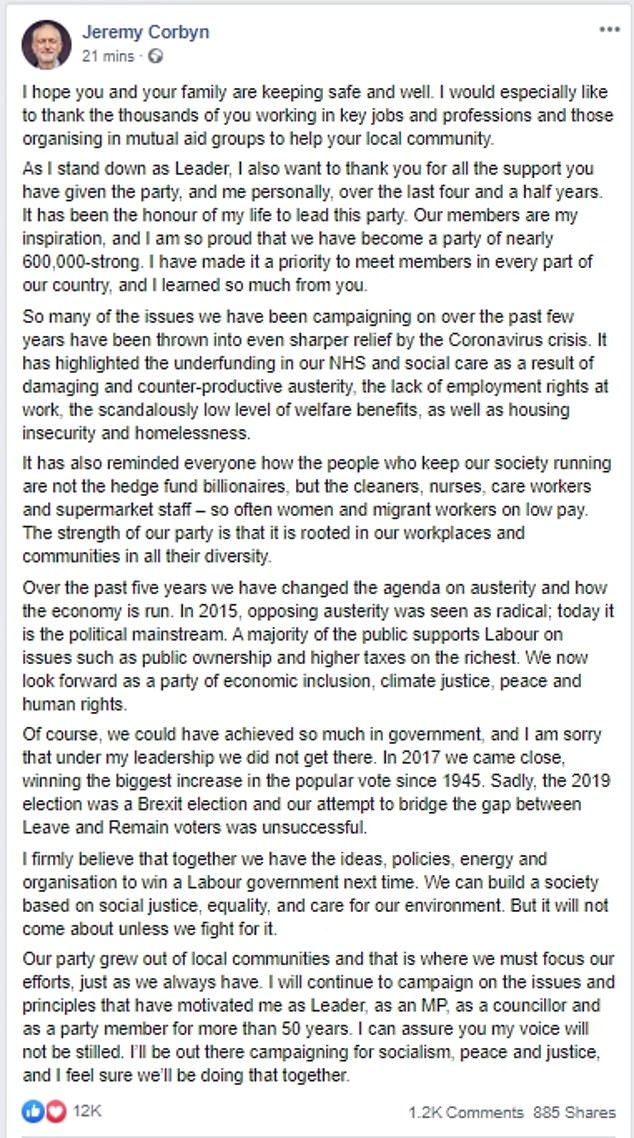 In a message to thousands of devoted followers on social media the outgoing opposition leader, 70, said he would continue to campaign on issues close to his heart from the back-benches. 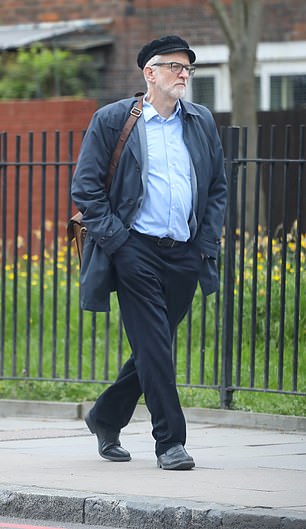 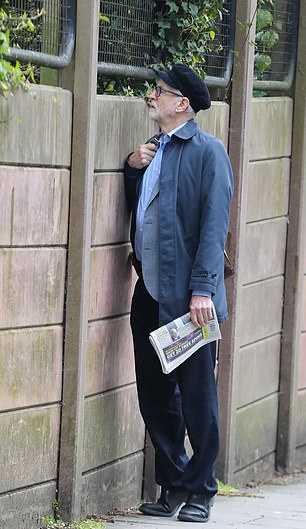 It suffered its worst result since the 1930s and handed Boris Johnson an 80-seat majority, including many seats in northern England which had never previously had a Conservative MP.

Multiple independent analyses of the result has indicated that Mr Corbyn’s unpopularity was a major factor in Labour’s defeat.

But in his message today he said: ‘f course, we could have achieved so much in government, and I am sorry that under my leadership we did not get there.

‘In 2017 we came close, winning the biggest increase in the popular vote since 1945. Sadly, the 2019 election was a Brexit election and our attempt to bridge the gap between Leave and Remain voters was unsuccessful.

‘I firmly believe that together we have the ideas, policies, energy and organisation to win a Labour government next time.’

He also suggested that the coronavirus pandemic had lent support to Labour’s campaigning goals under his leadership.

‘So many of the issues we have been campaigning on over the past few years have been thrown into even sharper relief by the Coronavirus crisis,’ he wrote.

‘It has highlighted the underfunding in our NHS and social care as a result of damaging and counter-productive austerity, the lack of employment rights at work, the scandalously low level of welfare benefits, as well as housing insecurity and homelessness.

‘It has also reminded everyone how the people who keep our society running are not the hedge fund billionaires, but the cleaners, nurses, care workers and supermarket staff – so often women and migrant workers on low pay.

‘The strength of our party is that it is rooted in our workplaces and communities in all their diversity.

‘Over the past five years we have changed the agenda on austerity and how the economy is run. In 2015, opposing austerity was seen as radical; today it is the political mainstream.

‘A majority of the public supports Labour on issues such as public ownership and higher taxes on the richest. We now look forward as a party of economic inclusion, climate justice, peace and human rights.’