AN ONLINE shopper has revealed the bizarre substitution he was given after he ordered a 1kg chicken for Christmas.

The cook shared pictures of the strange replacement he claims ASDA made for the chicken he wanted. 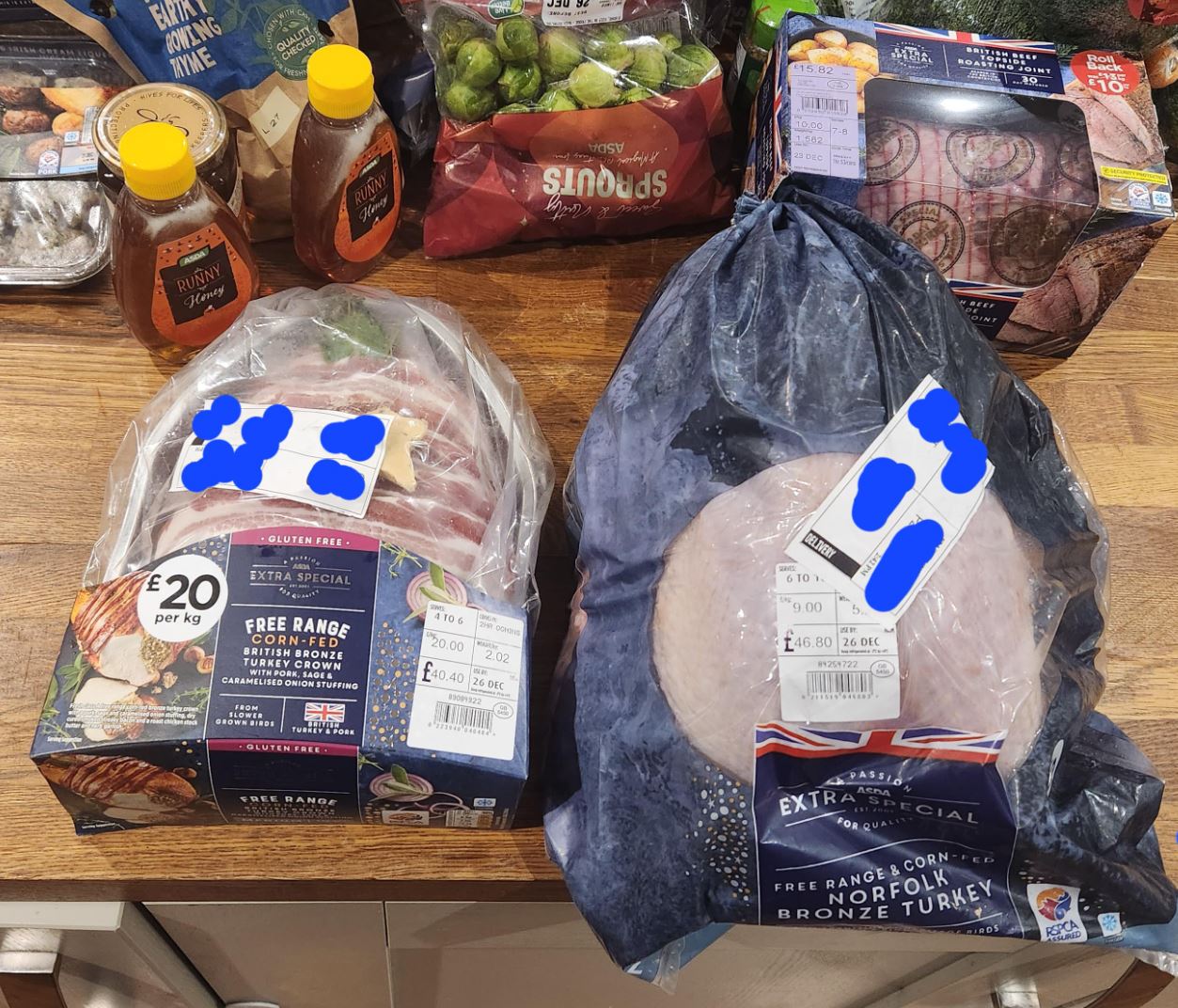 Instead of the 1kg chicken, ASDA delivered a massive Christmas turkey.

The shopper had already ordered a 2kg turkey crown from the store.

Now he has over 7kg of turkey meat to get through this Christmas.

Taking to Reddit with his snaps of the substitution, the shopper branded it a "huge win".

But the giant 5.2kg turkey may now go to waste.

The Christmas cook said: "It doesn't fit in my roaster!"

One said: "They really fowled up your order.

"Bet they gave you a poultry excuse too."

Another said: "Turkey for the rest of the year: gobble, gobble gobble.

"A deal Martin Lewis can only dream of."

Some were more downcast, doubting whether the substitution was an upgrade.

One said: "7kg of disgusting turkey – I'd ask what they want me to do with this monstrosity!

Another Reddit user said: "Lucky you. I got a selection box of Jacob's Crackers swapped for f***ing Ritz."

Former supermarket workers speculated about the reasons behind the substitution.

One said: "My brother used to work in a supermarket and every time he saw an order for my mum he'd sub top brands for out-of-stock cheap stuff.

Another said: "That's a fancy one as well, someone did you a complete solid there.

"Sounds like something I used to do at Christmas regardless of what the system says.

"This reminds me of the end of A Christmas Carol, when Scrooge buys a huge turkey for Mrs Cratchit with her measly fire."

The cook who posted the photo originally thought the mammoth turkey weighed 9kg, before it was pointed out that it only weighed 5kg.

When corrected, he said: "Ah nice, cuts down on cooking time.

"Reckon I can ram one inside the other? Lady Chatterley's Turkey."