People across Britain suffered from a bad hair day today as tropical maritime air brought temperatures more normal in summertime along with rain, which resulted in ‘murky and mucky’ conditions.

The mercury was expected to hit 70F (21C) in the South East of England this afternoon – making parts of the UK hotter than Rome (68F/20C) and Istanbul (63F/17C), with the milder tropical air drawn up from the South West.

A Twitter user said: ‘What’s the point in trying to have any kind of hairstyle in autumn?’ Another in London added: ‘OMG, I was literally just thinking this. I got up early this morning to straighten my hair. Then I left the house. FFS.’

The exceptionally mild day comes after temperatures did not drop below 59F (15C) for many parts of the country overnight – which made it warmer than would be expected during the daylight hours in mid-October.

But conditions will begin to turn cooler and windier from tomorrow, before temperatures drop further by Thursday when highs of only 54F (12C) are expected – and there will also be plenty of downpours throughout this week.

Thundery showers will move north-eastwards from tomorrow accompanied by gusty winds and even the first ground frosts of the autumn, and the Met Office said further unsettled weather is predicted into November. 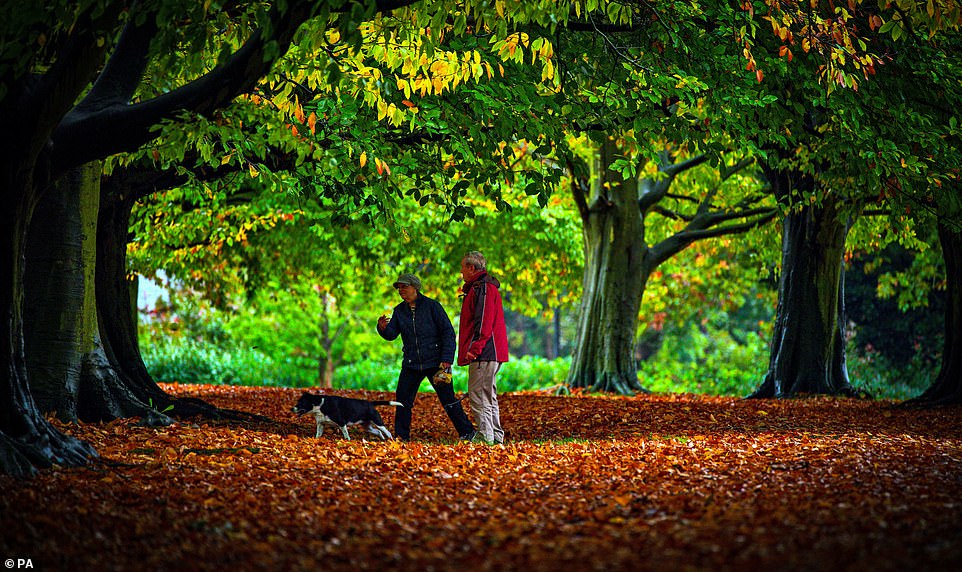 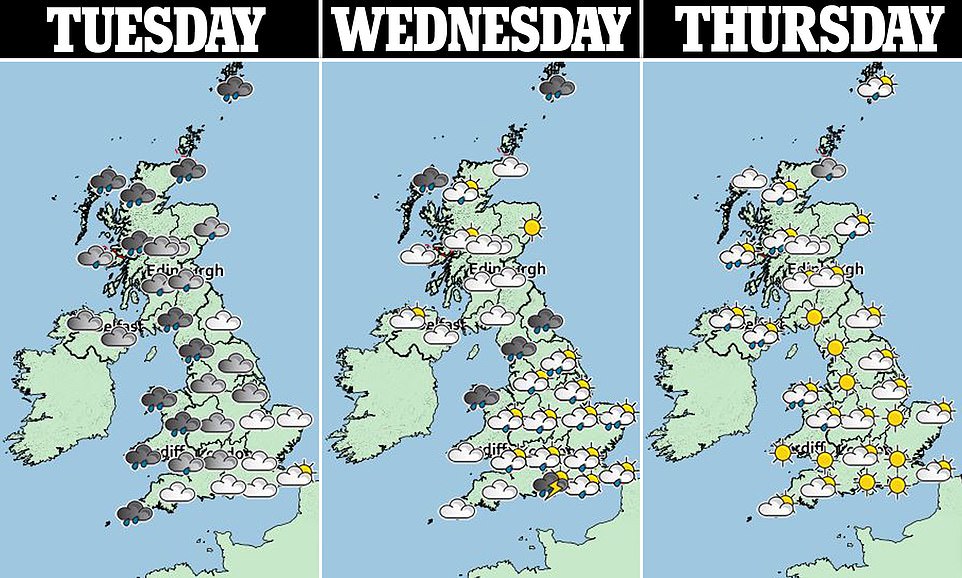 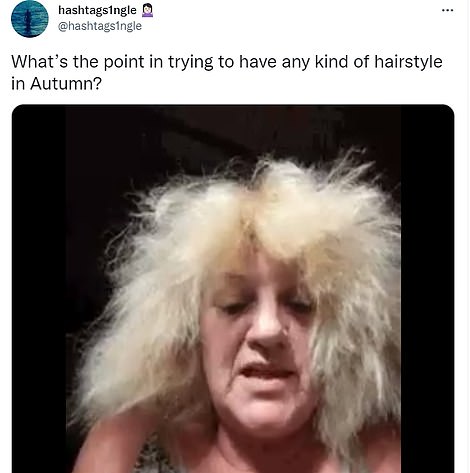 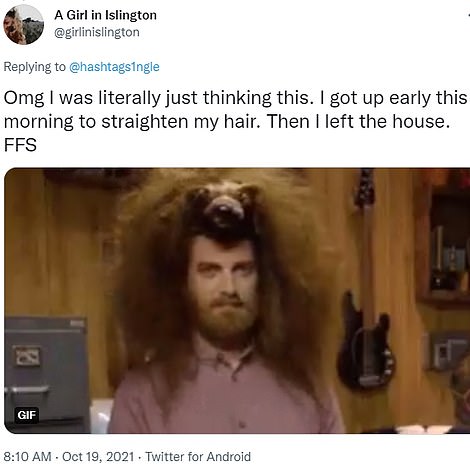 BBC weather forecaster Susan Powell told Radio 4’s Today programme this morning: ‘It is very mild outside at the moment, temperatures overnight have set in the mid-teens, similar to the highs we had yesterday. We are sitting in air that originated from the Tropics, it’s got a lot of moisture in it, and it’s going to make things quite murky, mucky.

‘Across the UK through the day today, there’ll be a lot of hill fog and it will be quite murky around the coasts and for some areas there is going to be some heavy rain. 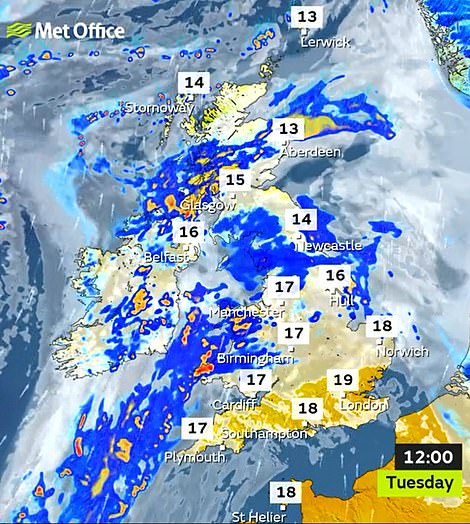 ‘For the South East of England though and East Anglia, despite a grey start we should see some clearer skies pushing up from the South through the morning and some sunshine for the afternoon, and then it’s going to turn out to be rather warm for the time of year – highs of 20C (68F) or 21C (70F).’

Early mist lifted and cleared this morning, before outbreaks of rain were due to push north-eastwards but be locally heavy and persistent across northern and western areas, bringing a threat of thunder.

Met Office meteorologist Alex Deakin said: ‘We start Tuesday in the teens, but we also start pretty grey once more. There will be a bit more rain around tomorrow as well, likely to be heavier certainly in the West at first. That rain becoming more extensive across Scotland, northern England…

‘But at the same time, some brighter skies are likely through the morning, particularly the afternoon over East Anglia and the South East, and with the warm air still in place that could really lift the temperatures. 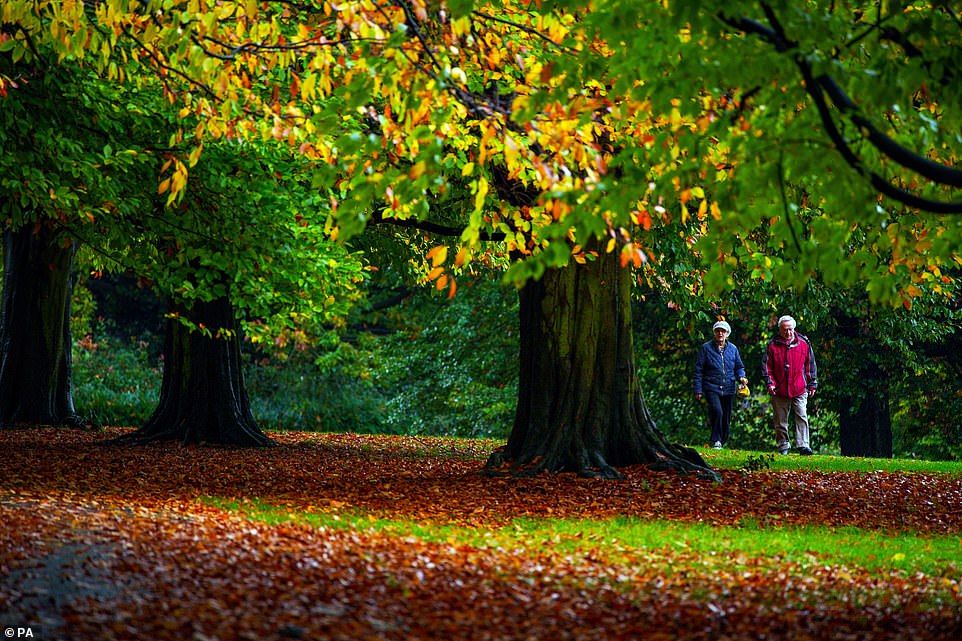 A man and woman walk a dog through the fallen autumn leaves at Clarke Gardens in Woolton, Liverpool, this morning 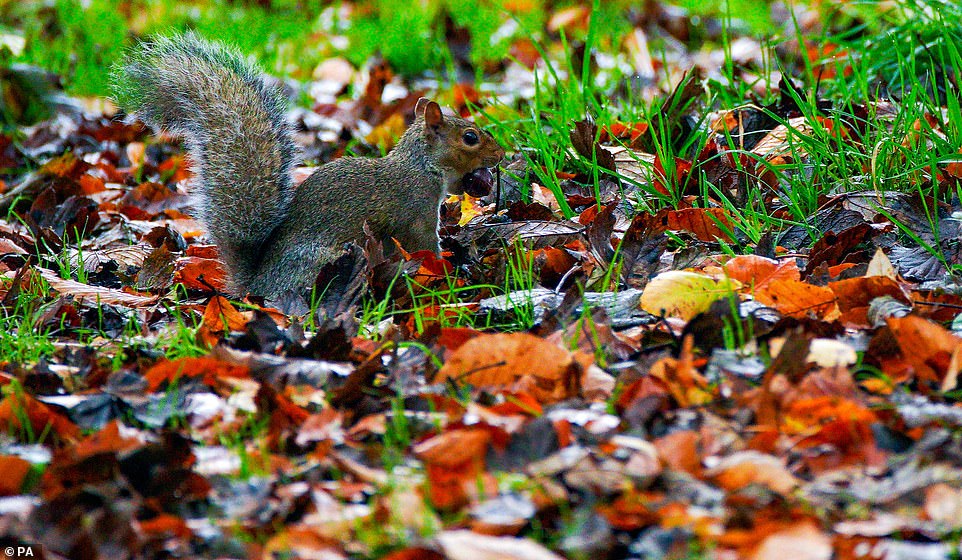 A grey squirrel finds a nut in the fallen autumn leaves at Clarke Gardens in Woolton, Liverpool, this morning 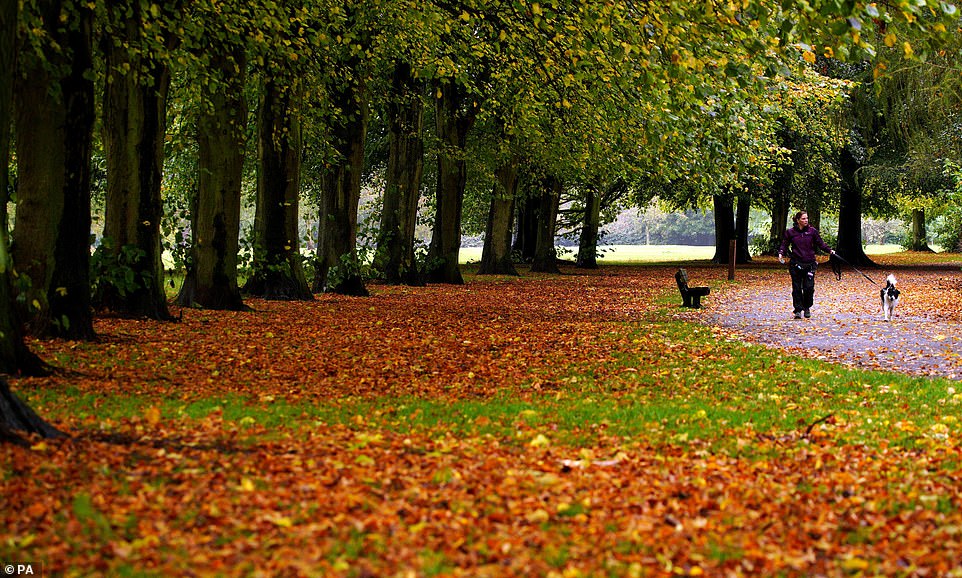 A woman walks a dog through the fallen autumn leaves at Calderstones Park in Allerton, Liverpool, this morning 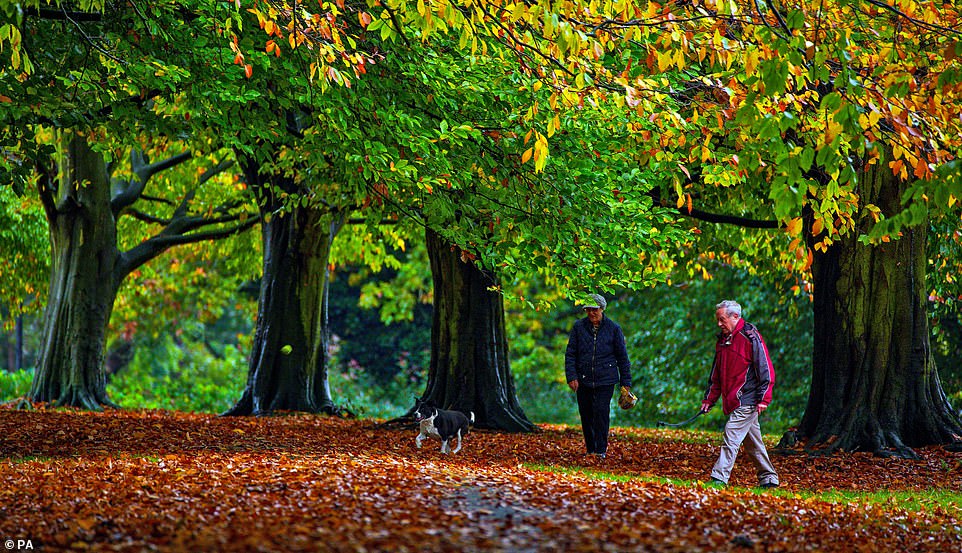 A man and woman walk a dog through the fallen autumn leaves at Clarke Gardens in Woolton, Liverpool, this morning

Grants of £5,000 will be available to households to replace their gas boiler with a low carbon heat pump as part of efforts to cut emissions from homes.

The Government announced the grants as it confirmed a target for all new heating system installations to be low carbon by 2035, but insisted families are not going to be forced to remove their existing fossil fuel boilers.

Switching to low carbon heating in the coming years will cut emissions, and reduce the UK’s dependency on fossil fuels and exposure to global price spikes in gas, ministers said.

But experts and environmental groups warned the £450 million three-year pot to switch from boilers would only pay for 30,000 heat pumps a year, a fraction of what is needed to meet Government targets.

‘The winds will be picking up as well, so although it is going to be very mild, not going to feel very pleasant at all under that wind and rain in the West.

It will then be unsettled across southern and central England and Wales tomorrow with heavy rain and showers which will spread northwards into northern England, southern Scotland and Northern Ireland.

In the northern Pennines, temperatures on Thursday night are set to be as low as 1C (34F), bringing ground frost. Even in southern England, overnight lows of just 4C (39F) are possible in rural Hampshire the same night.

Rain will spread into northern Scotland on Thursday evening – then Friday will be mostly dry and bright with spells of sunshine. However, variable amounts of cloud will build, bringing a chance of a few showers.

Mr Deakin continued: ‘During Tuesday evening that rain will continue to work its way from West to East, again some heavy bursts likely particularly in parts of southern England on Tuesday night – that’s something that we need to watch, the rain builds up over the next couple of days.

‘But that weather front should move out of the way, taking the very mild air with it during Wednesday. And then things start to turn a little cooler with lots of showers on these weather fronts – could turn quite windy across the South on Wednesday as well.

‘But… a more significant weather front drives south during Thursday introducing much colder air for the end of this working week. So, it starts very mild – it turns an awful lot chillier by Thursday and Friday with plenty of rain for most of us in between. So, quite an interesting week of weather.’