Home » World News » Mum, 29, escapes jail after driving at kids with 'massive grin' and threatening to blow up school

A MUM escaped jail after driving at a group of kids with a "massive grin" and threatening to blow up a school.

Charlotte Wallace also sent a chilling email warning there would be a "mass number of bodies". 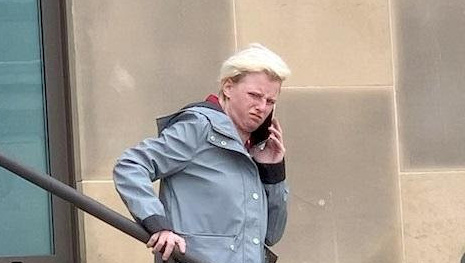 The 29-year-old reportedly sent the message to a Bolton councillor after having trouble seeing her children.

Days later she sent another email claiming if she didn't get her kids back there would be a "mass number of parents collecting bodies from the school".

She added: "I will blow the school up. Try me."

The councillor informed the police, who then contacted Wallace, the Manchester Evening News reports.

Wallace, from Bolton but now lives in Dundee, only intended to scare and not to hurt anyone at Birtenshaw Special School, an earlier hearing was told.

Her defence said she had made "a desperate effort to be heard".

Weeks after the email threats, a neighbour said she was driven at by Wallace.

The court was told she drove a Mini at her and three children on the school run, "aiming for the two-year-old".

Neil Ronan, prosecuting, said: “She rammed the pram to the right to get the child out the way. The car was centimetres away from the child at the time they were moved.

“She had a massive grin on her face as she was doing this”.

Before passing sentence, judge Timothy Stead said: “Threats to blow the school up, while you did not literally intend to, are still very frightening. You admitted to that.

“Part of your ongoing dispute caused you to drive a vehicle towards a group of people, including children. This is your last chance to make a fresh start.”

Wallace was sentenced to 10-months in prison at Bolton Crown Court, suspended for two years.

She was also slapped with a two-year restraining order against three people, and subject to supervision for two years.