MPs have called for the UK Government to boycott the 2022 Beijing Winter Olympics to heap pressure on China over the Uighur ‘genocide’.

The cross-party Foreign Affairs Select Committee warned that currently the Government’s ‘actions do not match its rhetoric’ on China and have so far ‘proved ineffective’.

As well as a boycott on the games, the MPs also said ministers should explore a ban on the import of all cotton products linked to the Xinjiang region.

The MPs’ report is the latest demand for Boris Johnson and his ministers to take greater action against Beijing over human rights violations and the alleged mass detention of more than one million Uighurs.

The report said: ‘After every major atrocity and tragedy, the world says, “never again”. It is happening again. It is not too late to act.’ 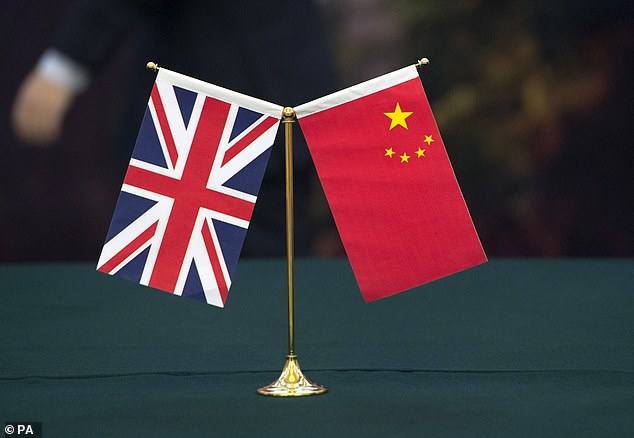 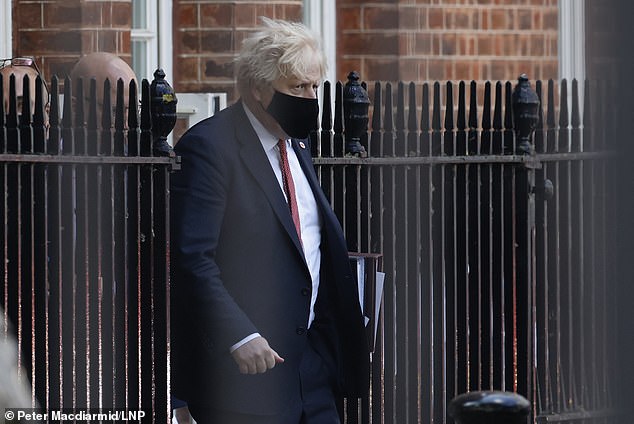 The committee raised concerns that products made by forced labour are being sold in the UK with more than 570,000 people estimated to have been forced to pick cotton in the Xinjiang region.

They urged the Government to introduce new legislation to create sanctions and penalties for firms that do not take concrete measures to remove the use of forced labour from their chains.

Ministers were also urged to ‘explore the possibility of banning the import of all cotton products known to be produced in whole or in part in the Xinjiang Uighur Autonomous Region of China’.

Following a similar call from Labour, the committee said ministers should not attend the Beijing Winter Olympics and ‘should urge others not to do so’.

The Government was urged not to send officials to ceremonies and functions, and to discourage UK businesses from sponsoring or advertising at the event.

The report said: ‘The Government should suggest the British Olympic Association does not participate in the opening or closing ceremonies, beyond one representative carrying the Union Flag.’

Fans and tourists should also be encouraged to stay away and athletes discouraged from supporting Beijing’s propaganda efforts, the MPs said.

China claims that its camps in Xinjiang are used to fight terrorism, but this is disputed on the international stage including by Britain, the European Union and the US.

The House of Commons voted to declare the treatment of Uighurs and others in north-west China is genocide earlier this year in another move to pressure the UK Government.

Tom Tugendhat, the Conservative chairman of the committee, said: ‘UK Government should recognise Parliament’s decision, strengthen our response at home, and urge our international partners to protect our own supply chains being used to profit from abuses. 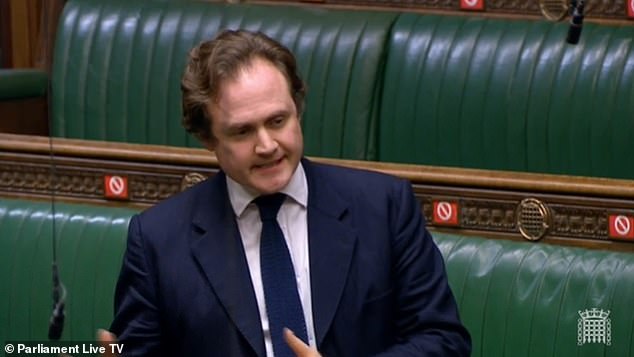 Tom Tugendhat, the Conservative chairman of the Foreign Affairs Select Committee, said the Government ‘must strengthen our response’ to China

‘China, Britain and others were key to building the institutions to prevent a repeat of the barbarity we saw in Asia and Europe eighty years ago. Now is the time to use them.’

A Foreign Office spokesman said: ‘The evidence of the scale and the severity of the human rights violations being perpetrated in Xinjiang against the Uighur Muslims is far-reaching, and paints a truly harrowing picture.

‘The UK Government has led international efforts to hold China to account for its human rights violations in Xinjiang at the UN.

‘We have also imposed sanctions including asset freezes and travel bans on senior Chinese government officials, and announced measures to help ensure no UK organisations are complicit in these violations through their supply chains.

‘We will carefully consider the findings of this report.’