A mother-of-four has said her local council is ‘refusing to take responsibility’ for the ‘awful state’ her council house was left in when it was given to her.

Michelle Cowles exchanged her Bristol home for a new house last month, but soon found it was covered in rubbish, damaged and had black mould.

The mother even said she found ‘illegal substances’ left behind in the Bristol City Council exchange house.

Ms Cowles said she slept in her car with her children outside their school for two nights because she did not want to take her children into the ‘filthy’ property. 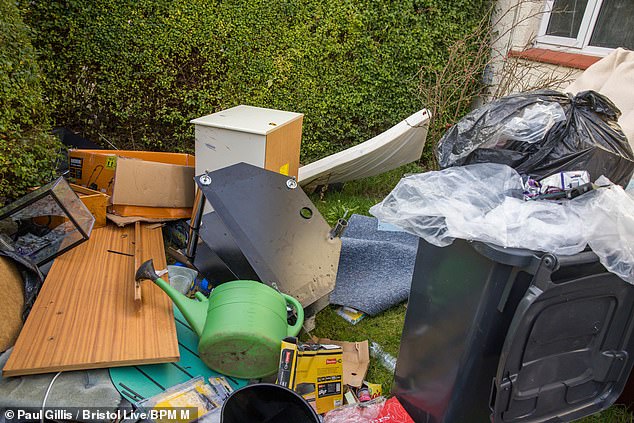 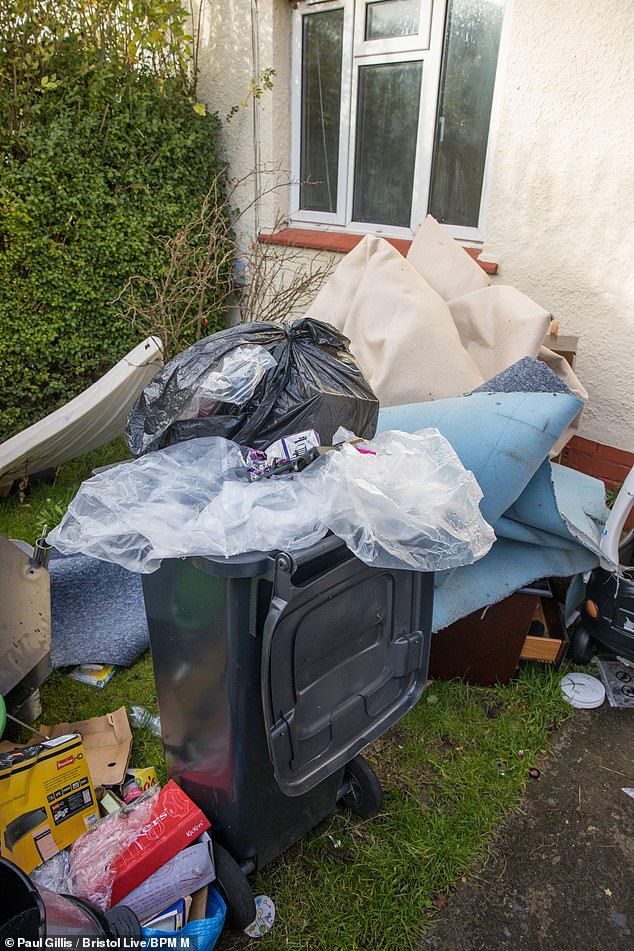 She said: ‘We were homeless for over a week because the council refused to admit they had any responsibility or liability and did absolutely nothing to help accommodate.

‘They said I signed the house exchange paperwork so it’s my fault – it’s all my responsibility.’

Ms Cowles then reached out to a cleaning company and spent two days cleaning the house.

She said: ‘There were faeces on the floor and walls and even a lawnmower with electrical items and grime just piled up in a corner. It wasn’t a very nice state to leave a property in.’

Ms Cowles said when she first viewed the house on August 10, she felt it was ‘very lived in’ and in need of decoration, something she was ‘happy to take on’.

She said the home was then inspected by the council on September 8 and she was informed that everything was fine.

She added: ‘In documents received from the surveyor regarding the Bedminster property there was no mention of any damage, broken window or significant amounts of black mould on doors.’ 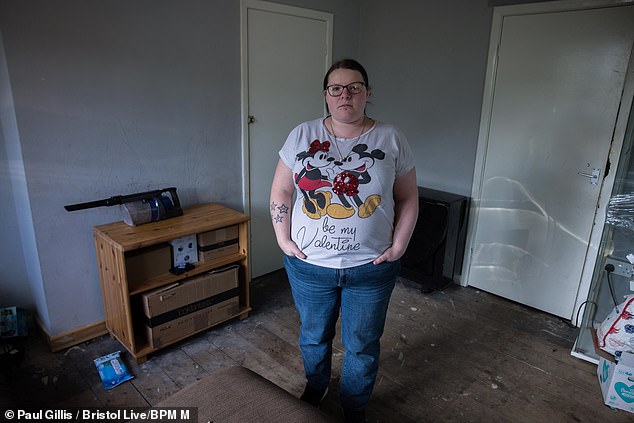 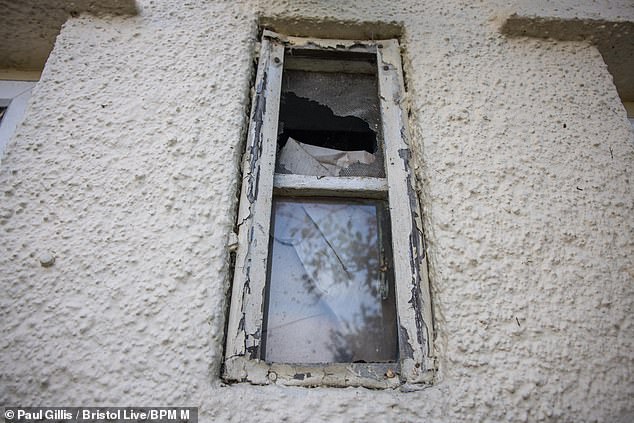 Ms Cowles said before the contracts were signed, a surveyor inspected both houses to make sure they were in good condition.

However, she soon discovered a range of damages including an exposed hole and poor ventilation inside the kitchen.

The mother claimed that when she contacted the council, she was told the damage had occurred after the inspection.

She said the council ‘refused’ her access to pictures the surveyor had taken when she requested to see them.

She said: ‘It’s a substantial amount of damage that does not just happen over a couple of days.

‘I have spent more than £700 trying to sort out this house including storage fees because I haven’t been able to move all our belongings yet.’

Ms Cowles said the front garden is now filled with sofas mattresses, cupboards and broken glass, which she said the council has told her would be moved but could not ‘guarantee a removal date’. 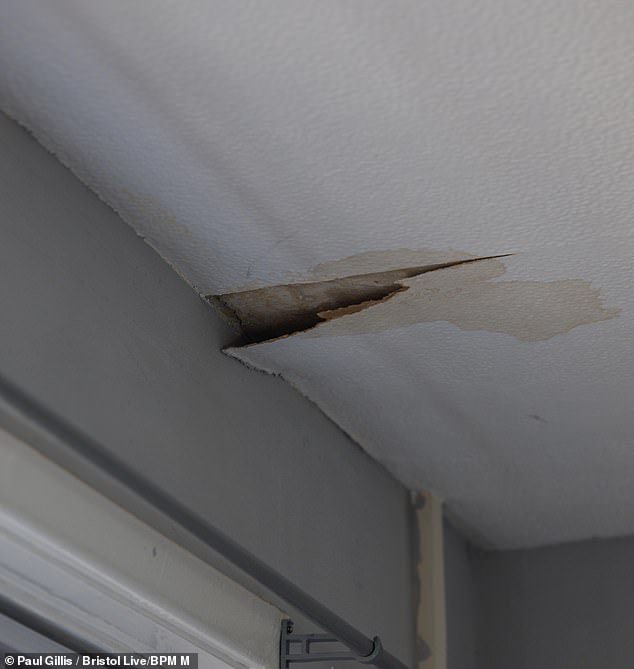 The house was damaged in several places, including cracks in part of the ceiling 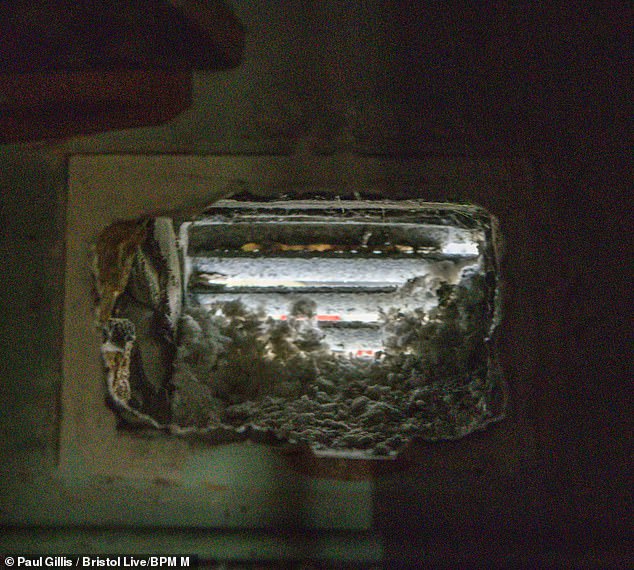 She said: ‘I grew up in Bedminster and my children’s school is just down the road so I was really excited to move but it has just turned into a nightmare – my family’s Christmas is ruined.’

She said the council now plans to inspect the property again in January but she feels the house needs to be looked at sooner as she is worried about her children’s health and wellbeing.

‘The council have a duty to ensure the home and garden are safe and secure and this one isn’t,’ she added.

A Bristol City Council spokesperson told Bristol Live that it is ‘investigating the situation’.