A Utah college student who vanished last week was found alive and covered in coal in the basement of a 39-year-old suspect's home, according to authorities.

The suspect, Brent Brown, was arrested and charged with obstruction of justice, aggravated kidnapping, rape and object rape, an affidavit states. It's not clear if Brown has obtained an attorney.

The student, Madelyn Allen, 19, was reported missing after she was seen leaving her dorm at Snow College in Ephraim around 9:22 p.m. on Dec. 13, according to a press release. Security footage released by the school showed her wearing a jacket and skirt as she exited the building.

The search for Allen ended five days later, on Saturday night, when she was found at Brown's home in Wayne County. Allen has since been reunited with her family.

“We are overjoyed and relieved that she is safe,” a family spokesperson said at a news conference on Sunday. “While she is now safe, the ordeal that she has been through is dangerous and traumatic. The experience and details and effects of which we’ve only begun to understand. She is a fighter. She is now a survivor. We are grateful that she is with us again so that we can help her heal and recover.” 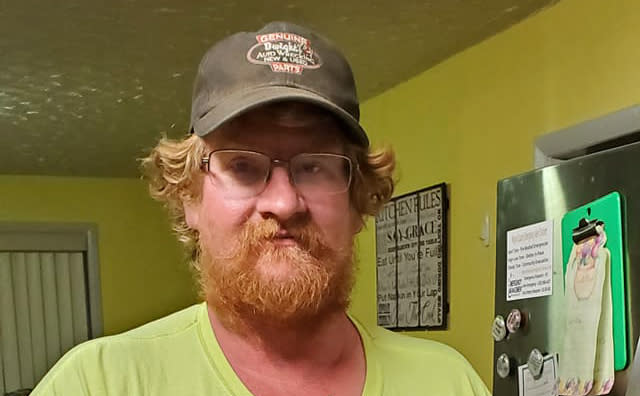 An affidavit outlines disturbing details about Allen’s kidnapping. According to the affidavit, she allegedly met Brown in an online “chat group."

Brown picked up Allen the day she went missing and drove her to Loa, a town in Wayne County about 87 miles from her school.

The girl’s parents became concerned when they received a text from her phone on Dec. 14 that “expressed Madelyn’s love for the parent but provided no additional details,” investigators wrote in the affidavit.

Her parents contacted Verizon to get additional details and were informed that the text had been sent from Loa. Law enforcement also obtained information that Allen’s phone pinged in Loa and began searching in the town, the affidavit states.

The investigation led detectives to a home on North Main. According to the affidavit, when investigators approached the home they “observed through a basement window, a person with light-colored hair and a small build in the basement of the house.” The person scurried away when detectives knocked on the front door, it says.

Brown answered the door and told investigators that no one else was in the home. He also refused to let investigators search the home without permission from his parents, who own the property, according to the affidavit.

Authorities were eventually able to reach the parents and got permission to conduct a search, the affidavit states. It's not clear if the parents lived in the home.

Investigators were able to determine that the person in the basement was Allen. The affidavit states that she was being held in a “coal storage area” of the home's basement and was naked and “completely covered in coal,” the document alleges.

Investigators also noted that Allen’s hair had been cut and “she appeared dirty,” according to the document.

The affidavit alleges that a gun was located in the basement and Brown was in possession of three knives when he was arrested. He allegedly told investigators that after he picked up Allen he turned her phone off, the affidavit says.

He only gave it back to her once to “let Madelyn text her parents,” it says.

“Brown said he took the phone back from Madelyn and did not allow Madelyn access to her phone again," investigators wrote in the affidavit.

Brown allegedly said he would tie up Allen when he went to work and would leave her food, according to the affidavit. He said he tossed her cellphone in a trash can after he saw news reports that she was missing, it says.

Allen told investigators that Brown raped her on several occasions, would choke her and would cover her nose and mouth until she couldn't breathe, according to the affidavit. He threatened to go after her family if she left or told anyone where she was, it alleges.

Allen told investigators that she feared Brown was not going to let her leave the house and would overpower her if she tried.

"Madelyn said Brown allowed her enough time to send a text message from her phone. Madelyn said she texted her parents saying, I love you," it says.

During Sunday's news conference, Allen's parents said she has a long road to recovery.

"We pray for our sweet Maddie as she moves forward that she can find hope and happiness and joy in her future," her mother, Taunya Allen, said.