Proxy voting rules are to be altered ahead of local elections penned in for May to accommodate people with coronavirus.

Currently people who wish to nominate a friend to vote on their behalf have to give six weeks’ notice which would rule out many people struck down by the pandemic or forced to self-isolate.

But the rules are to be changed to allow proxies to be nominated on the same day as a vote, as late as 5pm.

The move comes amid fears that the May elections in England, Scotland and Wales could have to be postponed, over fears for polling station staff and campaigning restrictions faced by political activists.

A Cabinet Office spokeswoman said: ‘People who have tested positive for Covid-19 should be self-isolating. We are putting in place new measures to enable anyone in this position to request an emergency proxy vote at the last minute – right up to 5pm on polling day itself. 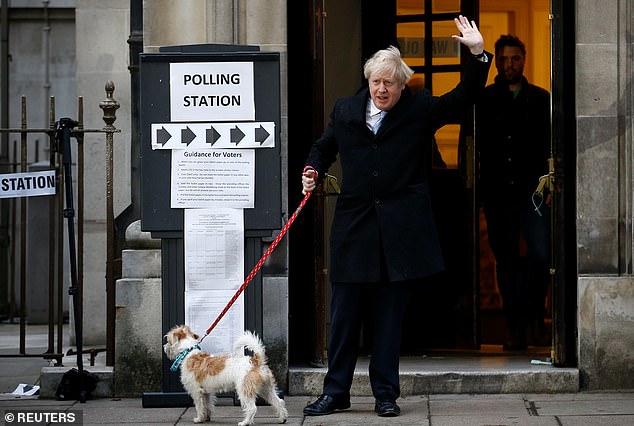 ‘This will mean that voters who have Covid-19 or are experiencing symptoms can still have their say in these elections, without having to leave their residence. Anyone who would prefer to vote from home can also request a postal vote in advance.’

The change is due to be made by ministers using secondary legislation.

Almost 40 million people are due to go to the polls on May 6 for votes including for the mayor of London that were delayed from May 2020 because of the first lockdown.

This years polls, the biggest for years, will see seats free in more than 140 councils – including 118 that should have been voted on last year.

Some 13 mayoral contests are also due to take place including in Greater Manchester and London.

Scotland has already introduced a law to make it possible to delay assembly elections and Wales is planning on doing something similar.

Labour mayor Sadiq Khan is among those pressing for the elections to go ahead.

Last November hundreds of millions of people voted in the US presidential election, won by Joe Biden, despite the coronavirus.