ONE million more Brits can book their Covid jab from TODAY as people in their early thirties get the go-ahead to have the vaccine.

Those aged 30 and 31 will be invited for their jab by text in the coming days – making those aged 18 to 29 the only adults left to get the nod. 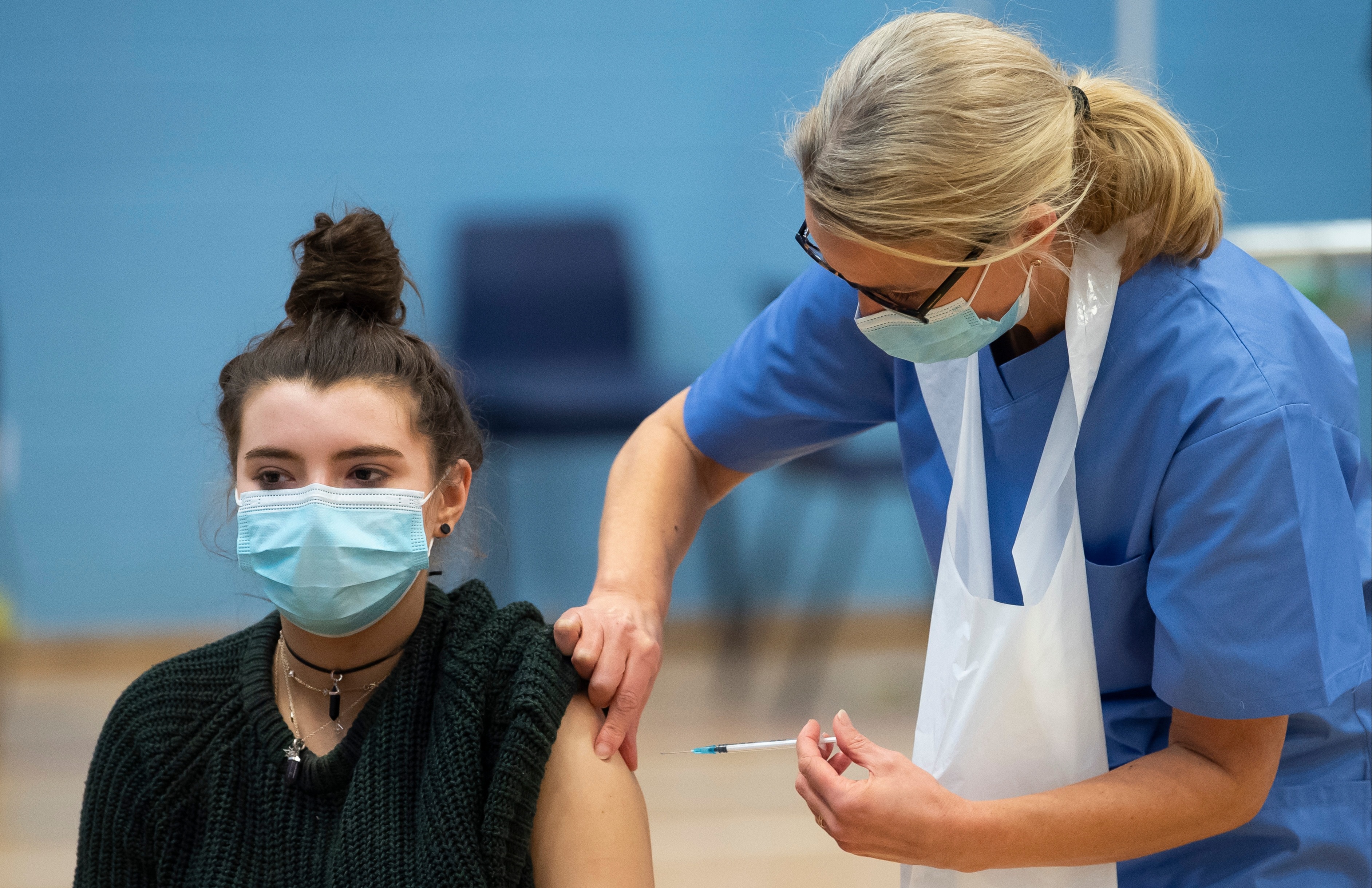 They will receive the message from "NHSvaccine" after people aged 32 and above started getting the text earlier this month.

It means one million more people will be able to book their jab online or by phoning 119 in the next few days.

Nearly four million vaccine appointments have already been booked since the over thirties got the green light, with deaths dramatically dropping as a result of the vaccine rollout.

Latest data shows the NHS has now delivered more than 50million total doses of the Covid jab in England.

For the whole of the UK, the figure has smashed 60million.

Health secretary Matt Hancock said he is delighted that "we are now able to open the offer to everyone in their thirties and over," adding that the jab blitz is moving at a "phenomenal pace".

In a thank you to jabbed-up Brits, he said: “The NHS is booking record numbers of appointments and it is fantastic to see the public come forward in such exceptional numbers.

“The vaccine is our way out of this pandemic and recent data has shown the life-saving protection a second dose of the jab can give, especially against the new variant.

"I urge everyone to come forward when you get the offer and play a part in getting us back to normality.” 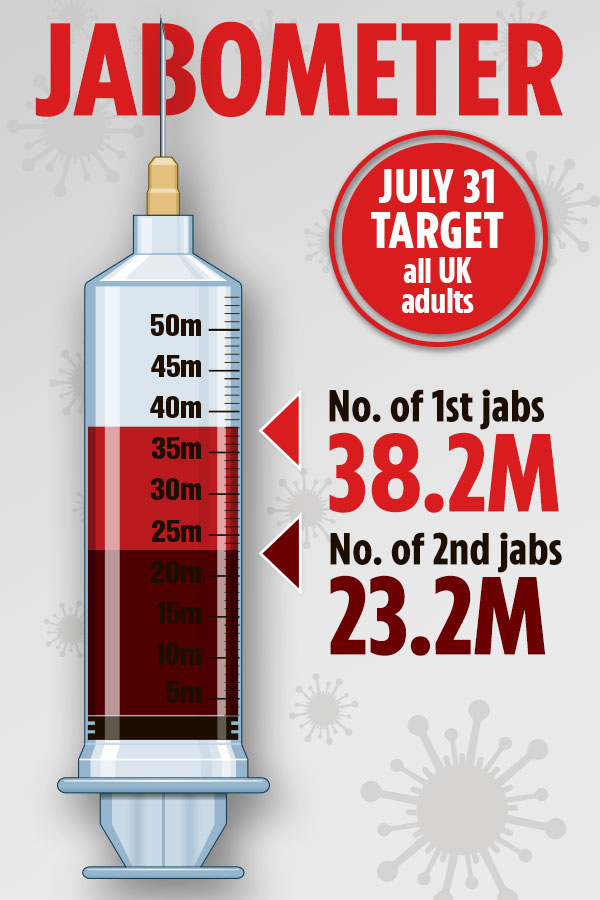 Across the UK, more than 38million people have now received their first dose of the jab, while over 23million have had both doses.

“The success of the NHS vaccination programme is not a happy accident – it’s the result of exceptional planning, targeted delivery and people’s determination to protect their patients, friends and communities as fast as possible.”

It comes as people aged 50 and over and the clinically vulnerable are having their second doses brought forward to counter the spread of the Indian variant.

You do not need to contact the NHS if you fall in this category and people will be told to rebook if they need to.

When invited, patients can book their jab at a vaccination centre, pharmacy or general practicethrough the national booking service. 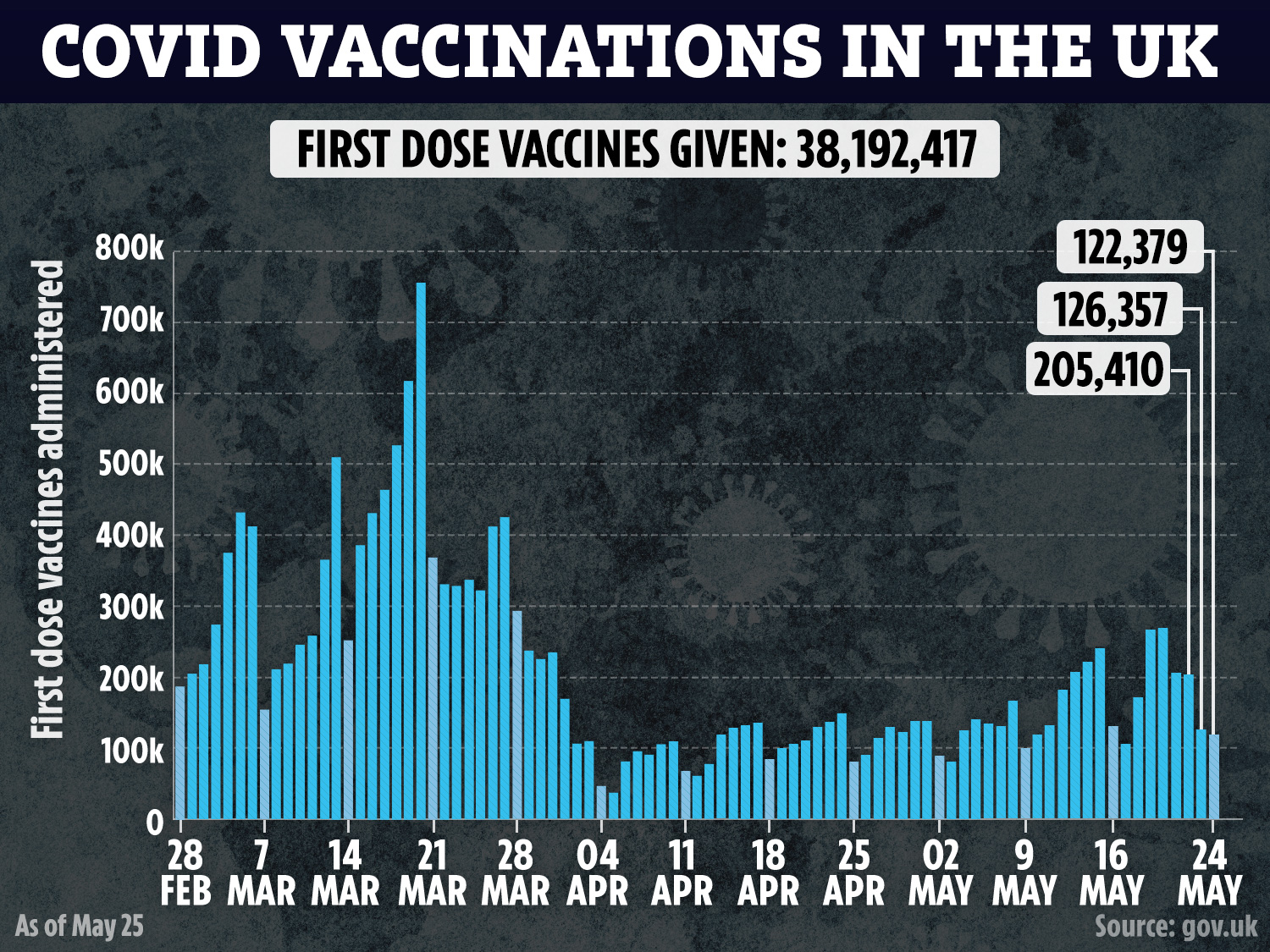 People aged 39 and under who are eligible and pregnant women will be offered the Pfizer or Moderna vaccine in line with recently updated JCVI guidance.

It comes after death figures yesterday were the lowest they have been since before the first lockdown thanks to the vaccination blitz.

A total of 40 Covid deaths were reported in the past seven days, according to the Government dashboard.

And the seven-day average was six deaths – the lowest since the second week of March 2020, before the first lockdown was imposed.

Paul Hunter, professor of medicine at the University of East Anglia, told The Sun last week the drop in fatalities is largely thanks to the vaccination programme.

He said: “You can blame the drop in deaths on the vaccine. That is the primary thing that stopped those death rates and that’s really satisfying.

“Deaths are now much lower compared to hospitalisations. They are about 10 per cent, whereas in January they were over a quarter. So that’s the impact of the vaccine”.

He warned, however, that despite the positive figures, it is too soon to say whether the super-contagious Indian variant will delay the end of lockdown.

Experts warn there are “early signs” Covid infections are back on the rise.

But Sarah Crofts, head of analytical outputs for the Covid-19 Infection Survey, said: “Although we have seen an early indication of a potential increase in England, rates remain low and it is too soon to say if this is the start of a trend.”

The main worry is that a slight rise in cases will translate to more hospitalisations, at which point pressure builds on the NHS.

This is already the case in Indian variant hotspots where admissions have tripled in three weeks.