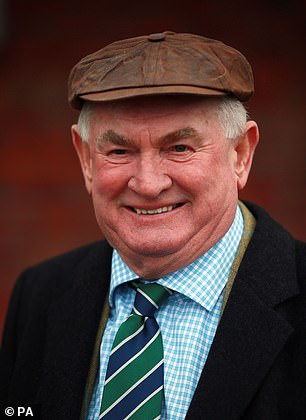 A millionaire racehorse owner who was feared dead when a jogger struggled to find his pulse after he was pulled from the wreckage of a helicopter crash is conscious but remains in hospital.

Dai Walters, 76, and jockey Sam Thomas, 38, were among five injured when the helicopter they were in clipped a tree on the way up over Llanelidan in north Wales and fell from the sky.

Debris fell from the sky as terrified onlookers were forced to run and find cover.

When a nearby jogger who was first on the scene approached the wreckage, he immediately tended to Mr Walters, who appeared the most seriously injured.

In fact, the jogger’s first impression was that he did not have a pulse at all.

His wife Sophie Vaughan-Evans, 29, told MailOnline the elderly trainer ‘was unconscious and they were worried they could not find a pulse’.

Her husband, who is ex-military, worked tirelessly performing CPR and was able to ‘bring him round’.

After Mr Walters regained consciousness, he was up ‘and talking, so seemed to be alright’.

But he is still conscious and has been speaking to his family. 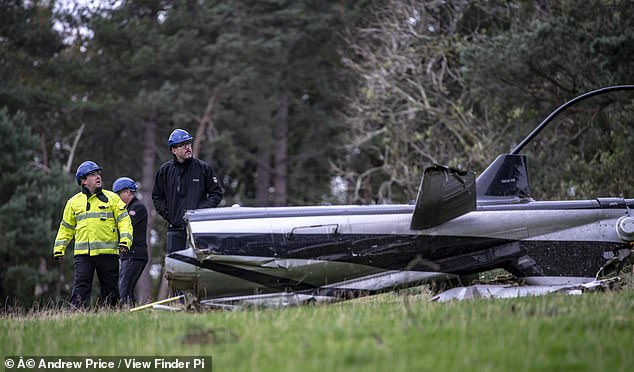 When a nearby jogger who was first on the scene approached the wreckage, he immediately tended to Mr Walters, who appeared the most seriously injured. Pictured: The scene of the crash 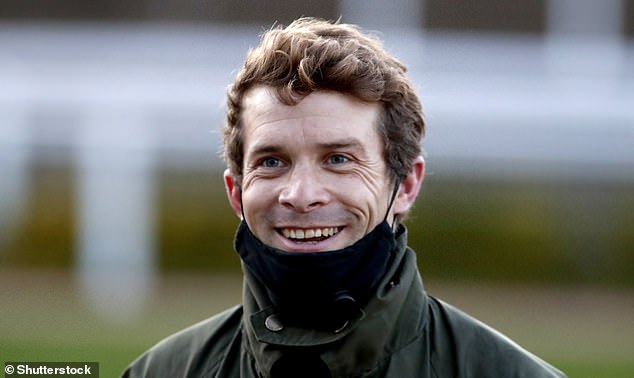 ‘Everyone was in shock and did not know what to do,’ she said. ‘Apparently the helicopter had taken off but clipped the top of the tree and came down.

‘It was a right mess up there. People had to run for cover from the debris falling from the crashed helicopter.’

The aircraft came down in high winds and heavy rain after leaving a pheasant shoot on land belonging to Sir Philip Naylor-Leyland, who owns Nantclwyd Hall.

Mr Walters was reported to have suffered more serious injuries than the other passengers and was taken to Glan Clwyd Hospital.

Trainer Mr Thomas, who is based in Cardiff, and won the Welsh Grand National, suffered minor injuries but was reportedly able to help carry Mr Walters to safety.

He has been allowed to return home with all other passengers except for Mr Walters. 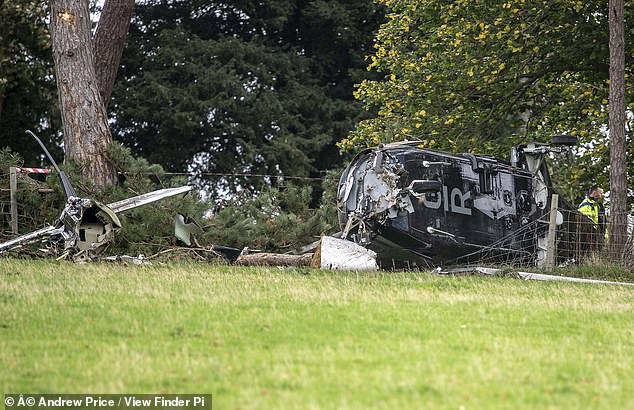 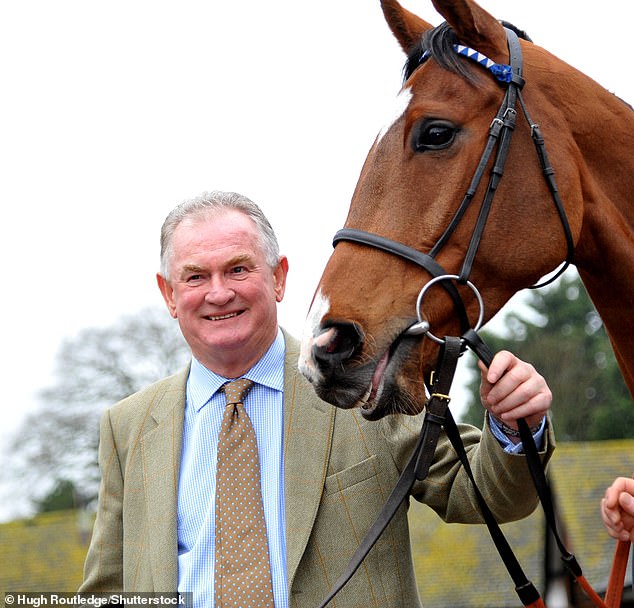 Dai Walters, the chairman of Ffos Las Racecourse, was injured in the crash and taken to hospital, where he remains

Another local said: ‘I heard the helicopter land about 2pm. They were here for pheasant shooting and also had something to eat and drink.’

One woman, who lives nearby, said: ‘There was a tremendous noise as it tried to take off. It seemed like they were having trouble but it was terrible weather.’

Businessman Huw Howatson described having to run for cover as he watched the helicopter come down near his home.

He said: ‘I watched it happen and I was filming the helicopter. I could see it was in trouble and it hit some trees and I had to get out the way.

‘A piece of propeller came away. We had to scarper because there was lots of debris, it was just flying everywhere – it was like a movie.’

Police, four fire engines , ambulance officials and a coastguard helicopter all attended the scene at around 5.36pm on Tuesday. 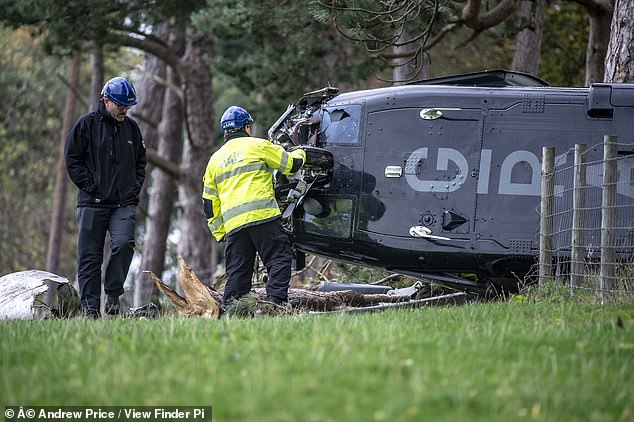 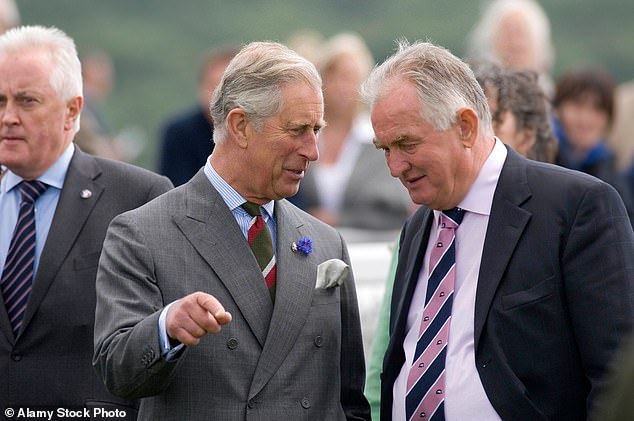 Officials said all people on board managed to escape the crash without ‘life-threatening or life-changing injuries’.

Heavy wind and rain had persisted throughout the day in Wales. Aviation officials are still probing whether this had any impact on the crash.

Mr Walters, along with his son, is thought to be worth £264 million and is the chairman of Ffos Las racecourse in south Wales, where he has hosted King Charles when he was Prince of Wales.

He is also the owner of Hollies Stables just outside Cardiff in south Wales.

Mr Thomas, a winner of the Cheltenham Gold Cup as a jockey, works at the stables with him.

The pair had a horse at the races in Warwick on Tuesday, leading to speculation they were returning from the race when the crash happened. 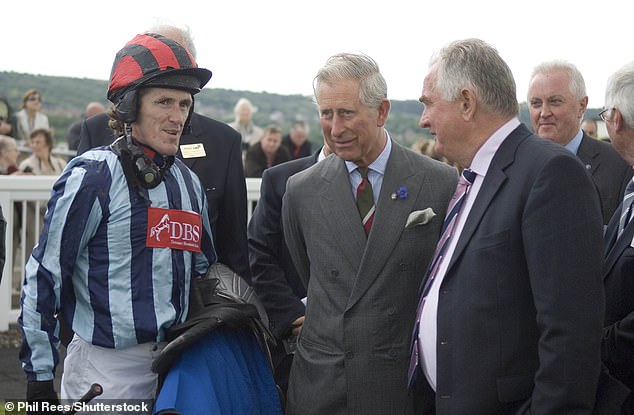 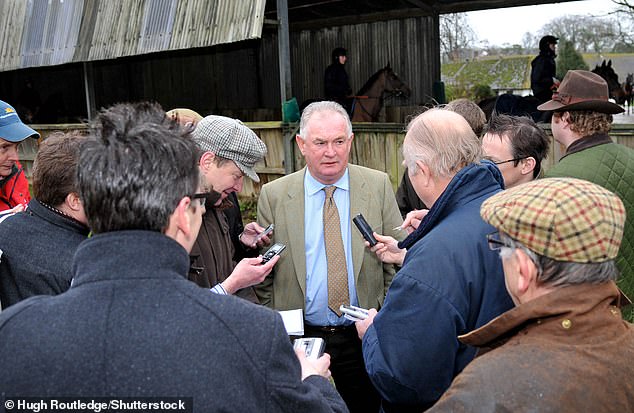 Famous horse owner Mr Walters remains in hospital, but police said no one in the crash had sustained life-threatening or life-altering injuries

‘All the occupants have been accounted for, with people having been taken to hospitals across the area.

‘None of the injuries are thought to be life-threatening or life-changing at this time. Whilst a multiple agency response remains at the scene, the ongoing investigation into the cause will be dealt with by the Civil Aviation Authority.’

It is not yet clear who owned the helicopter or the route it had been taking. 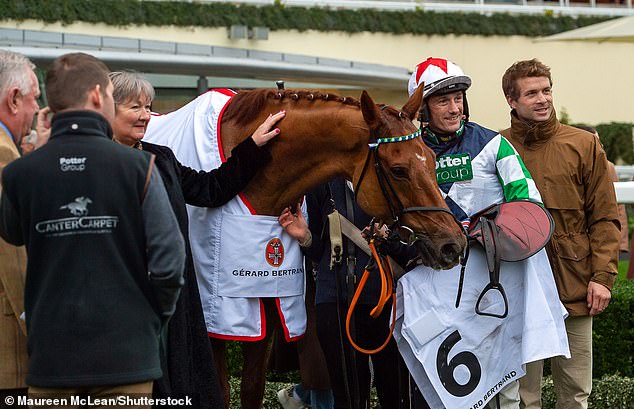 It is not yet clear where the helicopter was traveling to when the incident happened. Pictured: Trainer Mr Thomas (right) after winning a race