Former Vice President Mike Pence wants to be the pro-life candidate, regardless of the political cost.

The staunch Christian conservative said he backs any effort to ban abortion, either at the state or federal level, even if it costs Republicans seats in the midterms congressional election.

“I welcome any and all efforts to advance the cause of life in state capitals or in the nation’s capital,” Pence told Real Clear Politics. “And I have every confidence that the next Republican president, whoever that may be, will stand for the right to life.” 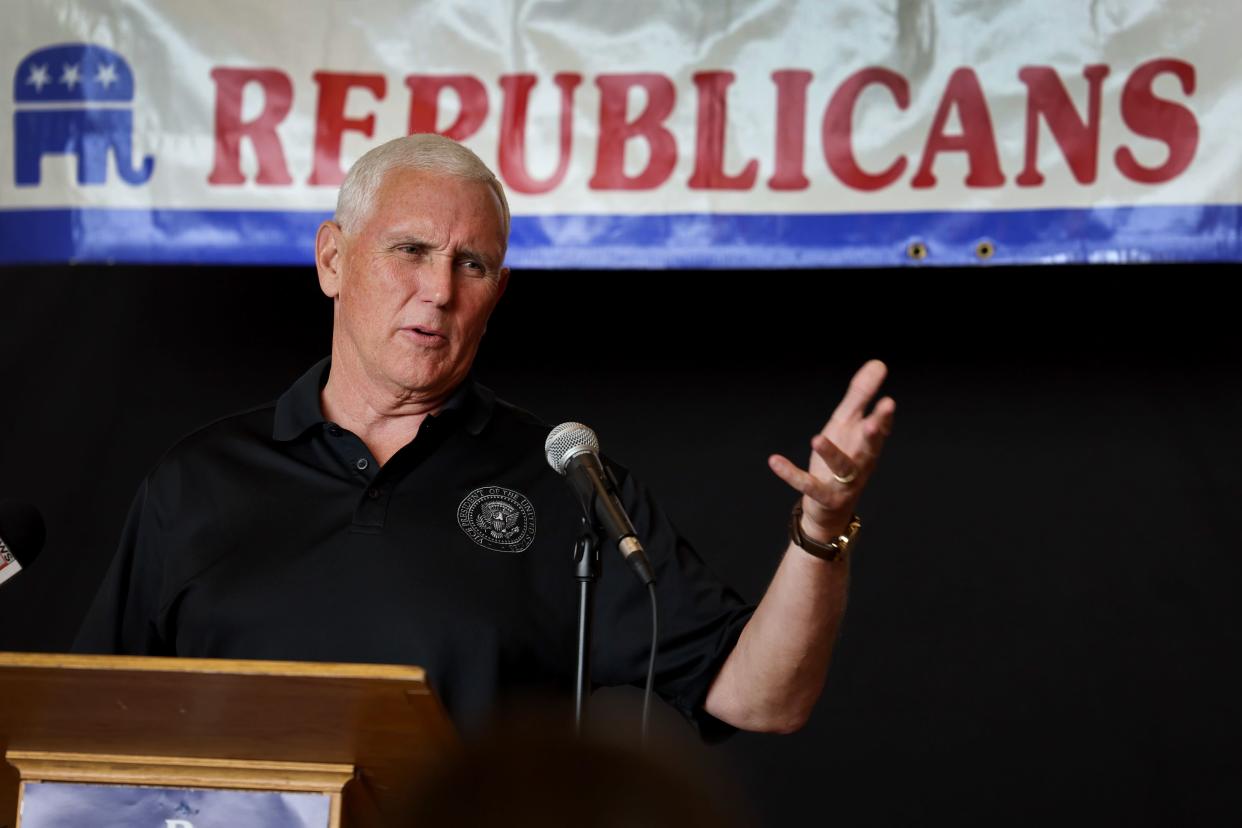 Pence, who is planning a possible 2024 presidential run, said GOP lawmakers should show some spine and stand up for their pro-life beliefs.

“It is imperative that Republicans and conservatives resolve, here and now, that we will not shrink from the fight,” he said. Stopping abortion “is profoundly more important than any short-term politics.”

Pence was ‘not afraid but angry’ on Jan. 6 as Trump’s mob hunted him down at Capitol

Abortion rights has emerged as a huge issue in the midterm congressional elections after the Supreme Court overturned the landmark Roe v. Wade decision that guaranteed a woman’s right to choose.

Since the ruling, pro-choice Democrats have reeled off a string of special elections from New York to Alaska and voters in deep red Kansas emphatically rejected a push to roll back abortion rights.

Fearing more political carnage, Republicans, even strongly pro-life ones, are scrambling to soften their stands on the issue.

Sen. Lindsey Graham (R-S.C.) tossed fuel on the fire this week by proposing a nationwide ban on abortion after 15 weeks.

Republicans push nationwide ban on abortion after 15 weeks, even in pro-choice states like New York

The move will not only give the pro-choice national majority a reason to vote for Democrats in blue states as well as red ones. It also amounts to a complete reversal from the long-held GOP orthodoxy that abortion rules should be left up to the states.

But Pence rejects that argument. Despite firm evidence to the contrary, he claimed that making abortion a key issue will actually benefit Republicans.

“I’m convinced that enthusiasm among pro-life Americans in states across the country is equal to, or greater than, any new motivation by people that support abortion rights,” Pence said.