A WOMAN feared dead after a Miami condo block collapsed frantically told her husband on the phone that the ground was "shaking" moments before letting out a "blood-curdling scream" as the line went dead.

Cassie Stratton was stood on her balcony at about 1.30am Thursday morning when the Champlain Towers South crumbled in Surfside, near Miami Beach. 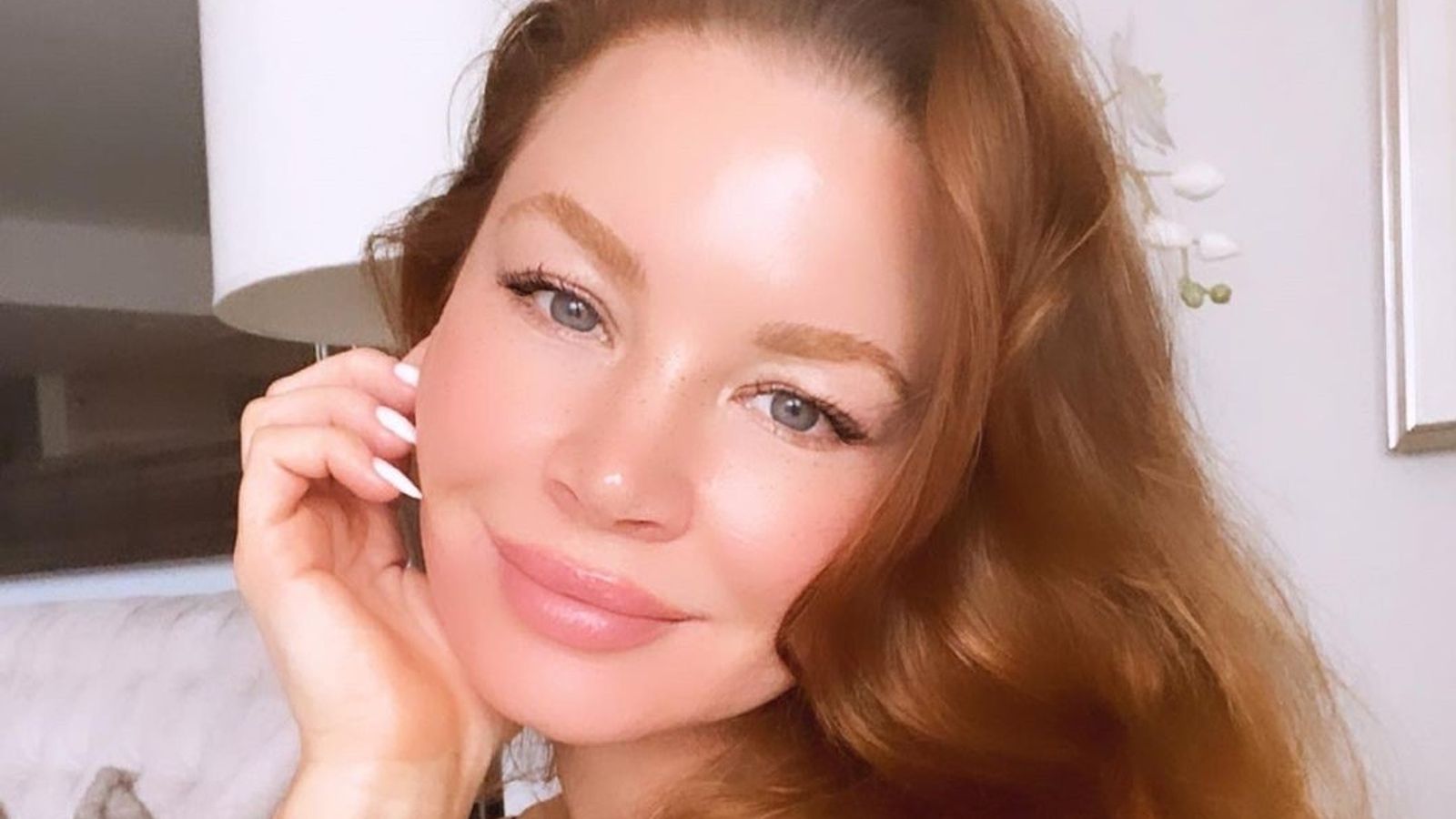 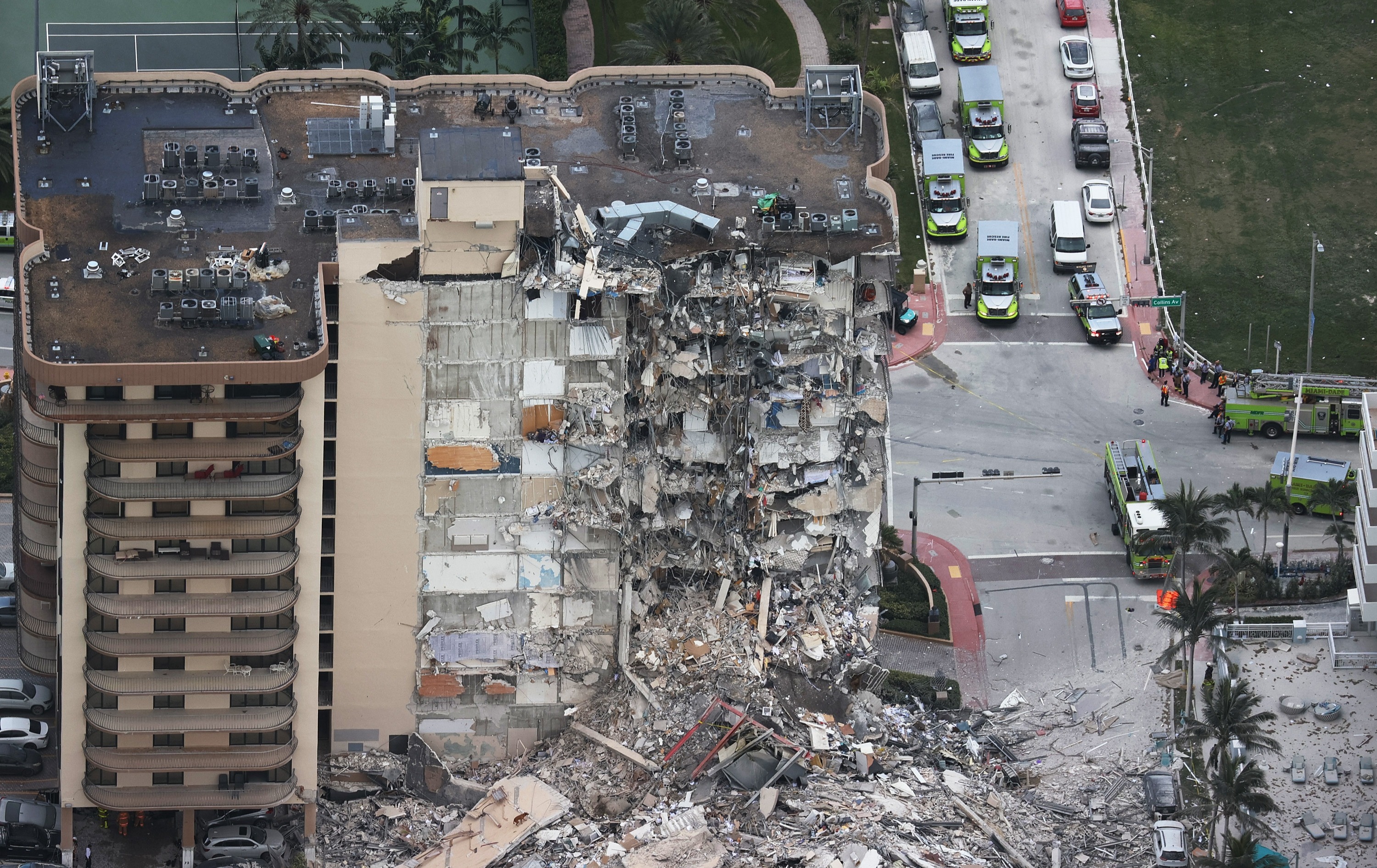 Her family's hopes of her being pulled out of the wreckage alive are fading – with 159 people still unaccounted for.

"We've never been able to see her again because she's in there, she's trapped in there," she told Sky News.

"I have to be realistic; my baby is gone, my baby sister is gone.

"My sister told me about all kinds of water leaks and people on her roof with heavy equipment.

"I want to know how this could happen and who is responsible? She was living in a dream place but it was a death trap."

Ashley told of the haunting moment her younger sister screamed while chatting to husband Michael on the phone as the building began to give way. 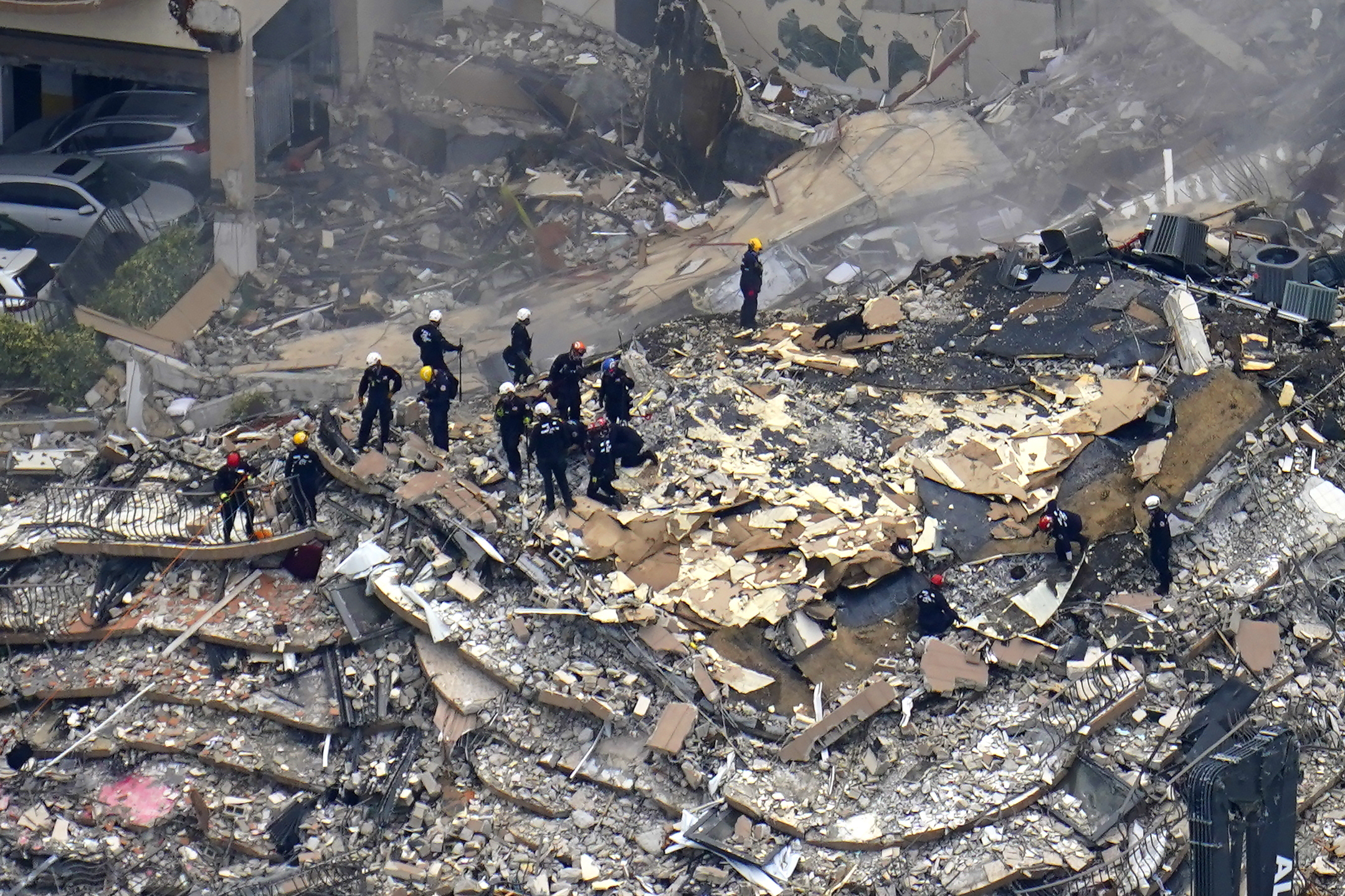 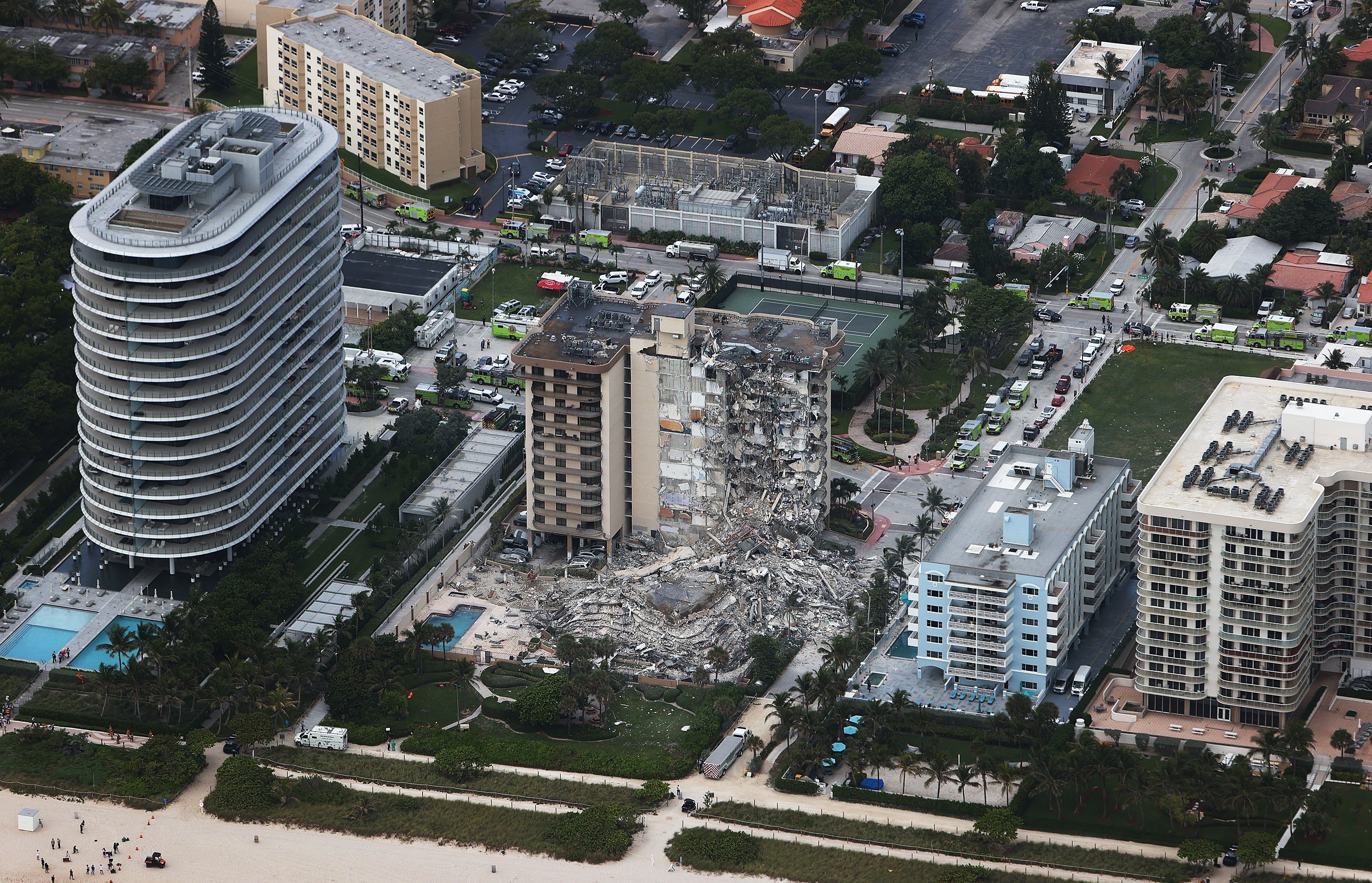 "Suddenly she says, 'honey the pool is caving in, the pool is sinking to the ground'," Ashley recounted.

"He said 'what are you talking about?' And she says, 'the ground is shaking, everything's shaking' and then she screamed a blood-curdling scream and the line went dead."

At least four people are dead for the disaster as experts warned it had been sinking at an “alarming rate” since the 1990s.

Officials on Friday confirmed that three people were pulled from the rubble overnight – but 159 people are yet to be found.

The first victim of the collapse was yesterday reported to be Stacie Fang – the mom of the 15-year-old boy who was dramatically pulled from the rubble.

The 54-year-old was pulled from the debris but later died from her injuries after being taken toAventura Hospital and Medical Center.

Her son, Jonah Handler, was rescued by firefighters shortly after the apartment building collapse – and the incredible moment was captured on video. 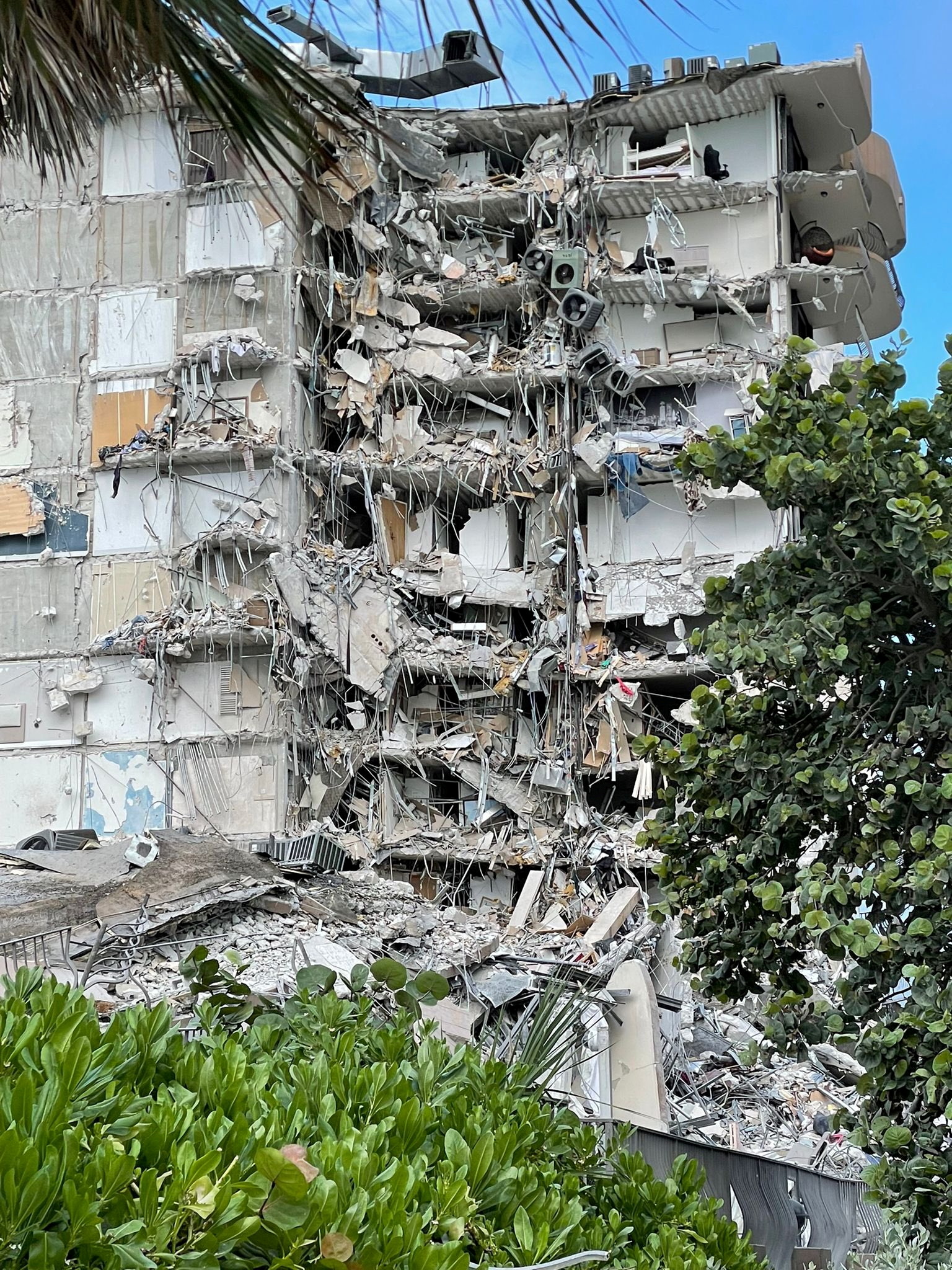 The mayor of Miami-Dade Daniella Levine Cara said on Friday that 120 people have now been accounted for.

Rescue teams are "concentrating resources" on areas where they hear sounds, officials said.

A fire reignited during the night, but didn't prevent search and rescue operations from carrying on.

He said: "We are listening for sounds, human sounds and tapping." 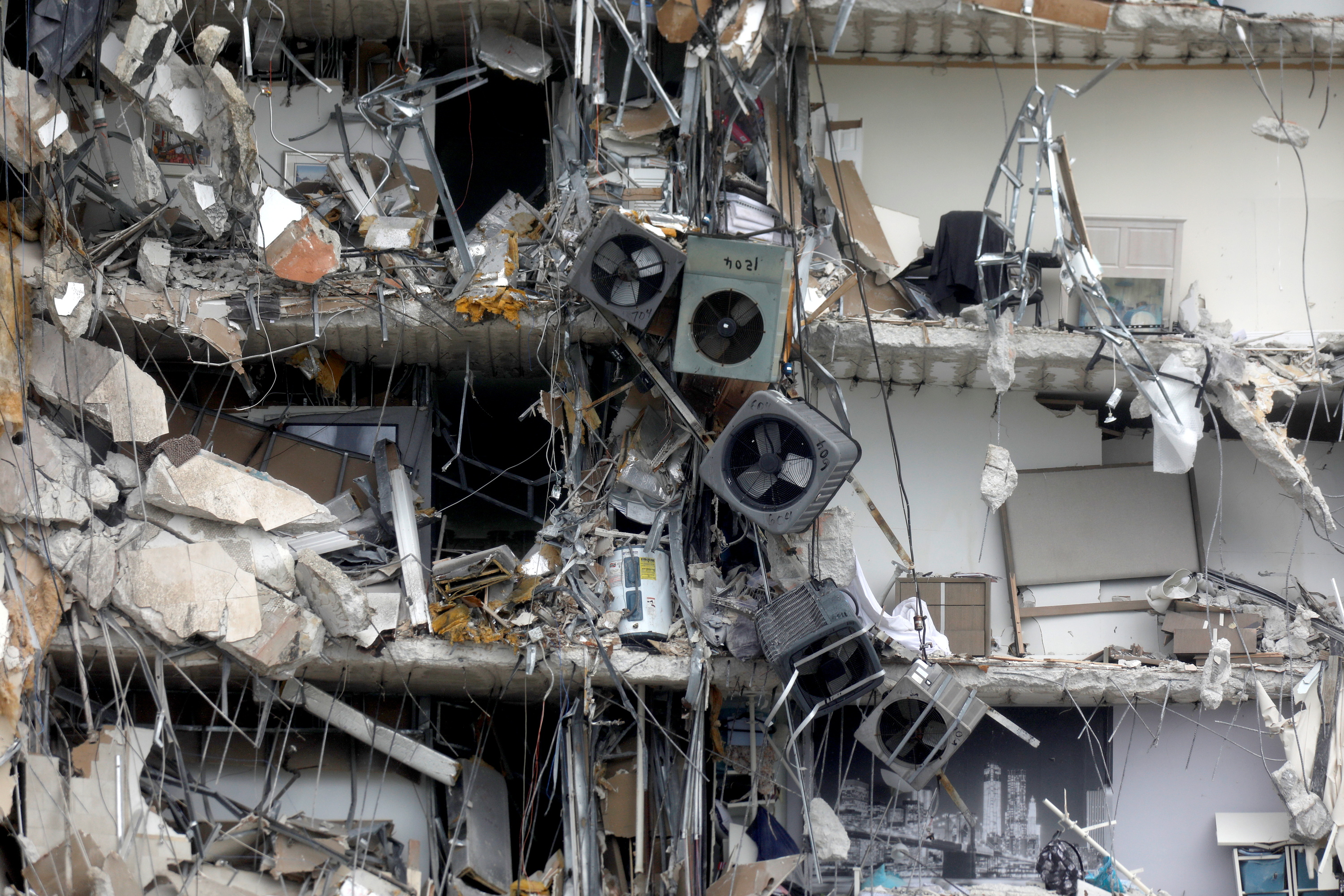 As many people are left wondering why the collapse occurred, a researcher at Florida International University has given some insight as to a possible reason why the beachfront condo building unexpectedly crumbled.

A 2020 study by Shimon Wdowinski, a professor in the Department of Earth and Environment, determined the condo building to be unstable, USA Today reported.

According to the study, the building, which was built in 1981, has been sinking at an "alarming rate" since the 1990s.

When Wdowinski learned of the Champlain Towers South condominium collapse, he immediately remembered the building from the study.

"I looked at it this morning and said, ‘Oh my god.’ We did detect that," Wdowinski said, according to USA Today.

Wdowinski — who insisted his findings are not intended to suggest a reason why the collapse took place — said the building was sinking at a rate of approximately two millimeters a year in the 1990s.

Since then, the sinking rate could have either slowed down or sped up, he noted.

"We saw this building had some kind of unusual movement," he said about the Champlain Towers South condominium.