Home » World News » Mexico: Flooding kills 17 hospital patients – most of whom were being treated for COVID-19

Severe flooding has killed 17 people at a hospital in central Mexico, most of whom were being treated for COVID-19.

Torrential rain caused the River Tula in the state of Hidalgo to burst its banks on Tuesday, resulting in floods and power outages in the hospital and surrounding area.

The deaths at the hospital in Tula could have been caused by a loss of oxygen equipment as the generators were knocked out, according to Mexico’s Social Security Institute. 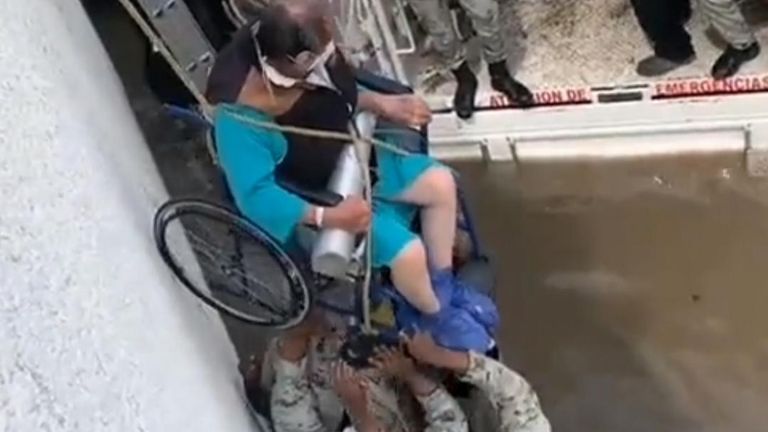 About half of the 56 patients in the health centre were suffering from COVID-19, and the governor of Hidalgo told Mexican media that 15 of them were among the dead.

More than 40 other patients survived after being evacuated by emergency service workers, who loaded the patients into ambulances and took them to other healthcare facilities. Some of them were intubated.

The town’s central market was completely flooded, along with 2,000 homes.

Teams of firefighters and soldiers used boats to rescue residents from their properties as others were seen carrying boxes and bags of salvaged belongings to higher ground.

Next to the Tula river, semi-trailers, buses, tanker trucks and cars became lodged against each other, partially submerged at odd angles in rushing water. 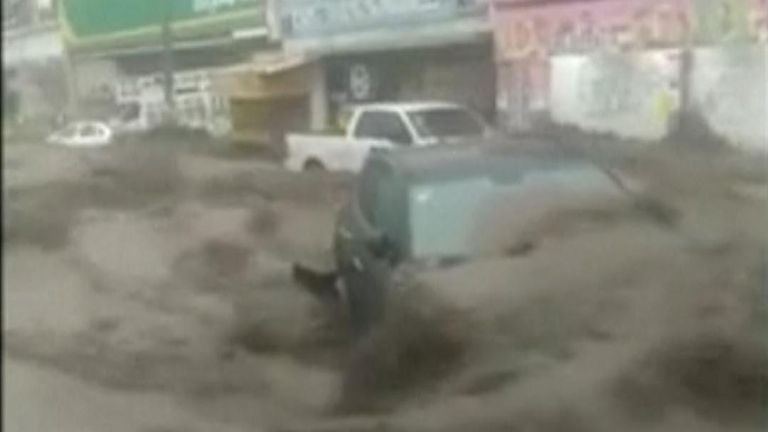 President Andres Manuel Lopez Obrador urged residents at risk to go to shelters, areas of higher ground or the homes of friends or relatives.

“A lot of rain has fallen in the Valley of Mexico and it will keep raining,” he said. It comes as a powerful earthquake struck near the Mexico city of Acapulco, killing at least one person and causing buildings to rock and sway in Mexico City 200 hundred miles away.

The earthquake had a preliminary magnitude of seven and was centred about 10 miles northeast of Acapulco.