Storm Darcy doused the UK with heavy snow over the last few days, bringing widespread travel chaos and disruption. But the Met Office has now issued swathes of new weather warnings for later this week, adding to several warnings already issued for Tuesday and Wednesday. Here are the latest weather warnings, forecasts, maps and charts for the UK this week.

Much of Scotland, northern and southern England is under a yellow snow warning until 11.59pm on Wednesday.

Parts of Northern Ireland are under a yellow snow and ice warning from 4pm today until 11am on Wednesday.

A rare amber warning has also been issued for parts of Scotland, including Dundee and Edinburgh, from 3am until 9pm today.

In areas under the amber warning, the Met Office predicts as much as 25cm, or some 10 inches, of snow could fall in some places. 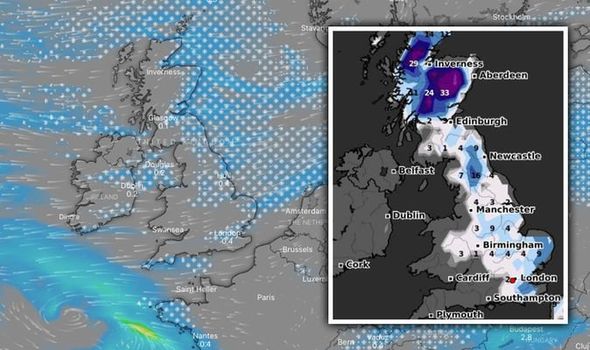 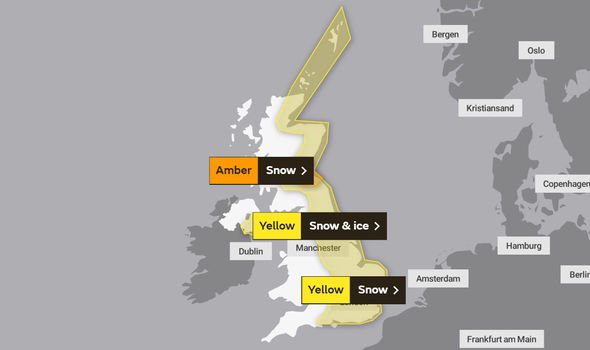 The Met Office amber warning reads: “Snow showers are expected to continue today with some large accumulations building up in parts of central Scotland.

“Across the area 5-10cm of snow is expected to lie fairly widely with areas of 10-20 cm, perhaps particularly over higher parts of the Central Belt and the chance of 25 cm of snow in one or two spots.

“Snow showers will then start to slowly ease later this evening.”

But weather warnings have now been issued by the Met Office for later this week, with more areas expected to see disruption over the coming days. 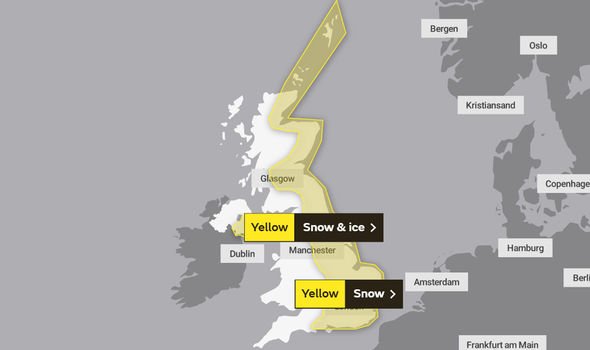 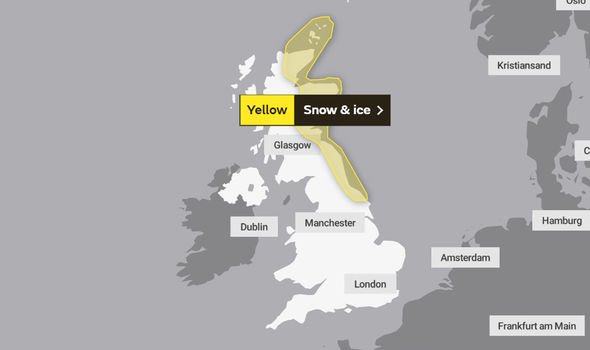 A yellow snow and ice warning is active across parts of Scotland and northern England from midnight on Thursday until 12pm on Friday.

The Met Office warning reads: “Further snow showers are expected to continue to affect parts of northeast England and northern and eastern Scotland.

“Whilst these are not expected to be as heavy or widespread as earlier in the week, some persistent bands of snow showers may develop in places.

“Accumulations of 1-3cm are likely with 5-8cm possible where more persistent bands of snow develop.

“Icy stretches are possible overnight where surfaces are left wet from the partial melt of lying snow during the daytime.”

This is a breaking story, refresh your browser for updates.