A 35-year-old gorilla underwent a CT scan today after it was discovered he had polyps developing in his nasal passages.

Makokou, a male Western Lowland Gorilla was airlifted from his home at Johannesburg Zoo in South Africa via helicopter to the Onderstepoort Vetinary Academic Hospital in Pretoria.

The enormous animal, which weighs around 210kg, had to be taken to the hospital more than 40 miles away because it possesses a CT (computed-tomography) scanner capable of holding his weight. 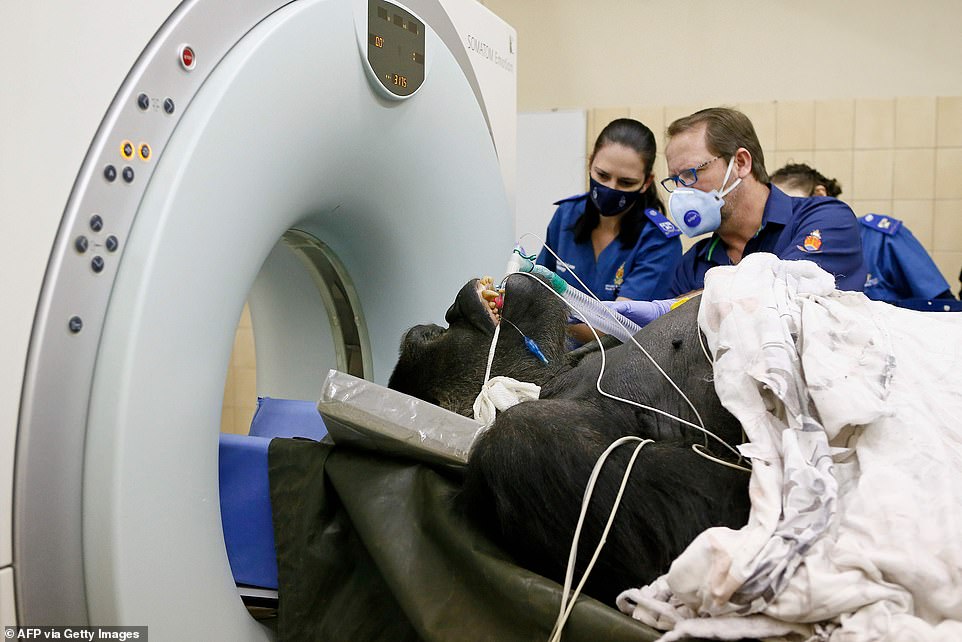 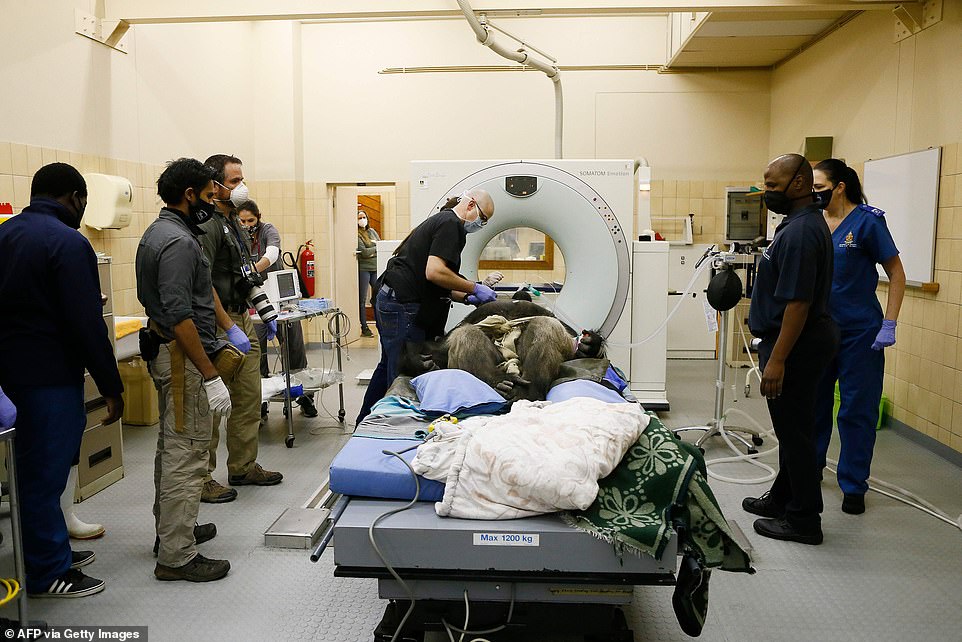 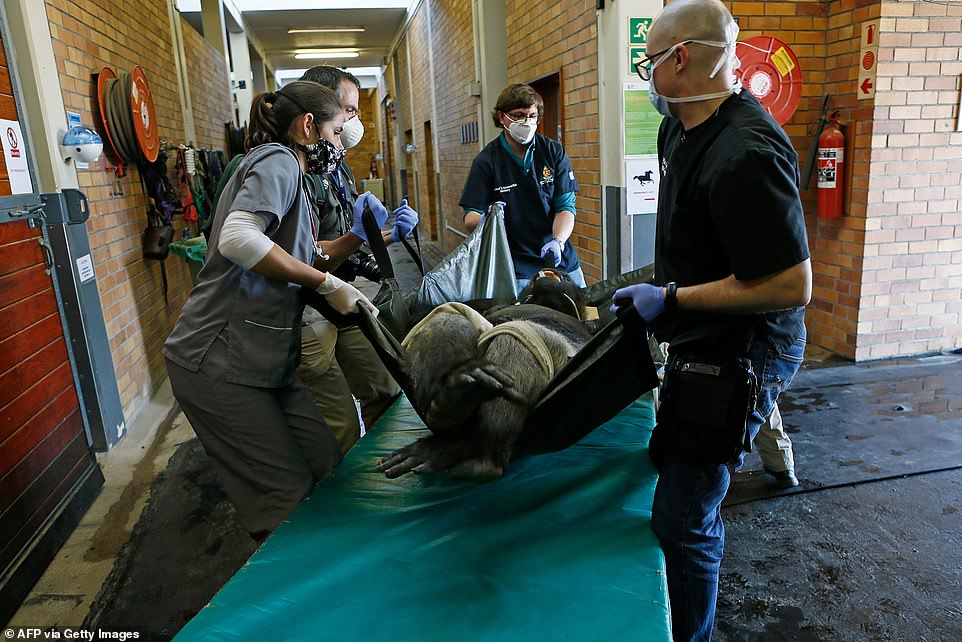 It took five people to lift the sedated gorilla, which weighs around 210kg, off the stretcher after the CT scan procedure

It took more than five people to lift the sedated Makokou off the stretcher after the diagnostic scan and he was closely monitored.

Staff at the Johannesburg Zoo first became concerned about the gorilla in May after he had chronic nasal discharge which had not cleared up despite medical treatments.

They formed a team with a group of specialists to help diagnose his ailment and conducted a health examination, including a physical exam, extensive blood work, radiography, electrocardiogram, cardiac ultrasound, ophthalmic exam, dental exam, rhinoscopy, blood pressure analysis and various other sample collections. 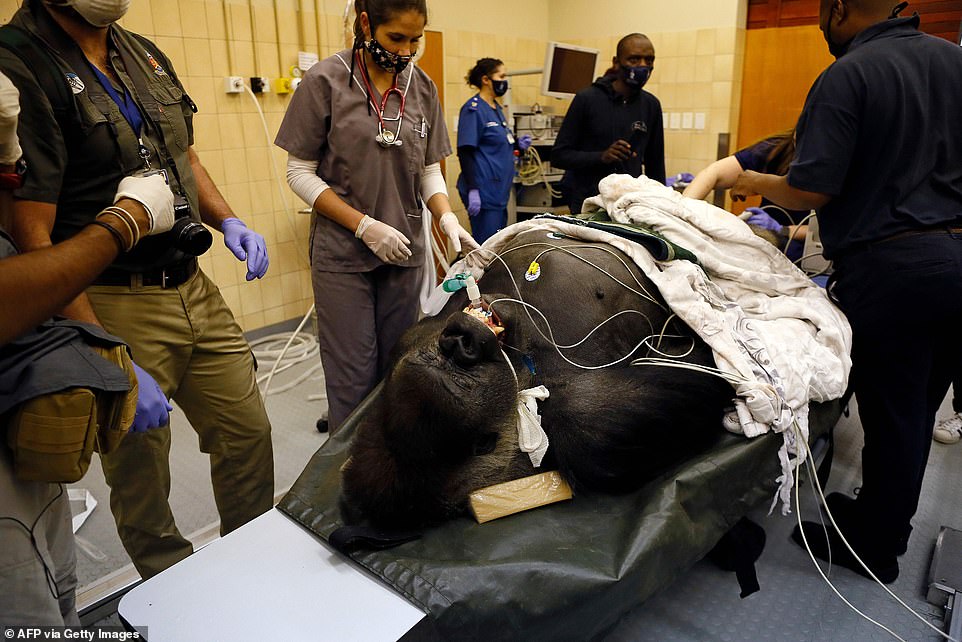 A team of staff at the Johannessburg Zoo, where Makokou lives, and medical specialists teamed up to find out what was wrong with the gorilla 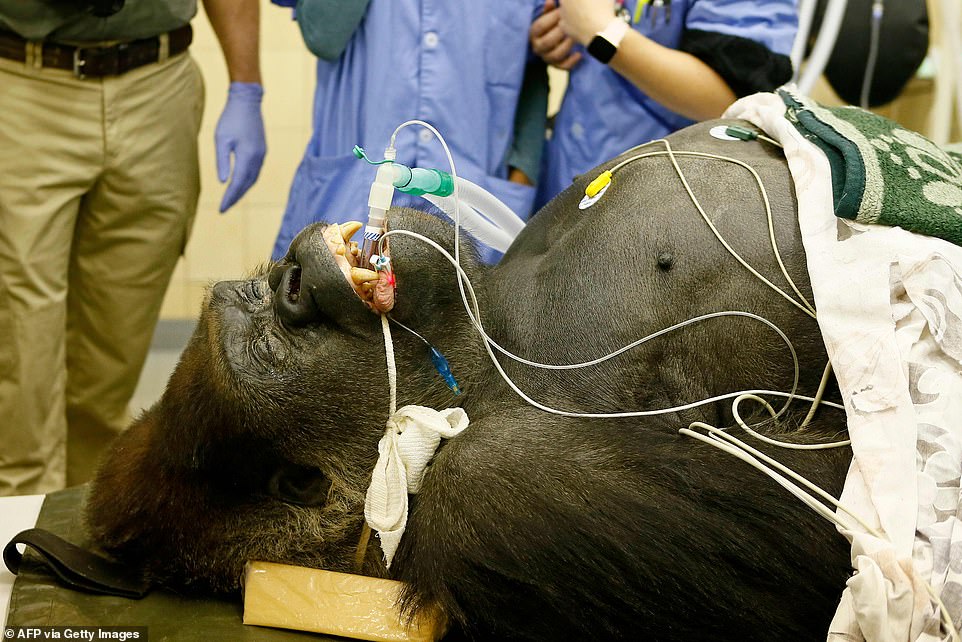 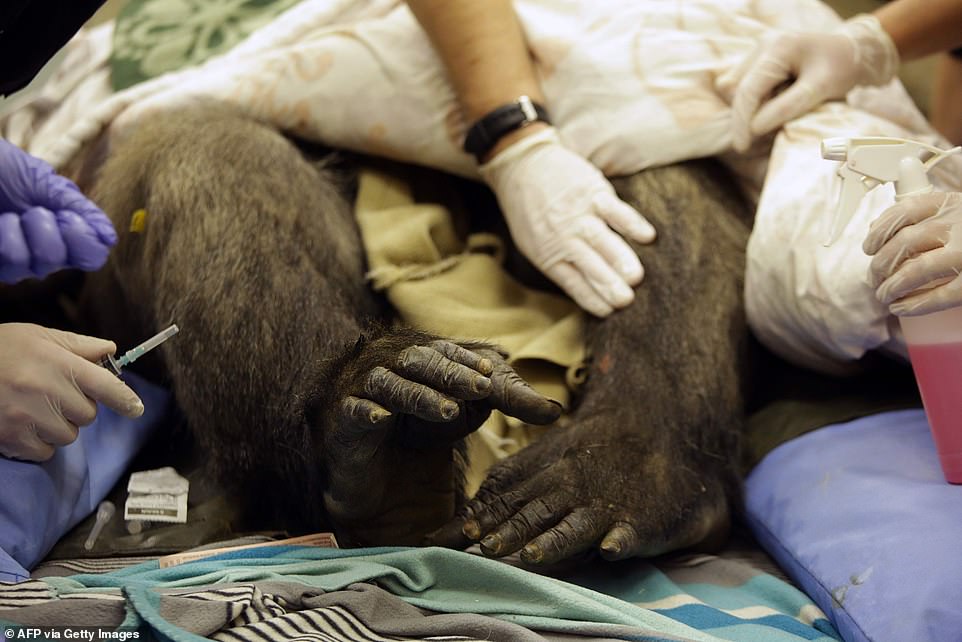 Johannesburg City Parks and Zoo spokesperson, Jenny Moodley, told Rosebank Killarney Gazette: ‘During this procedure it was discovered that Makokou had a nasal growth which had been causing his symptoms.

‘A biopsy of this was taken and sent for histopathology. The results revealed that he has chronic Rhinitis with inflammatory polyps developing in his nasal passages.

‘The well-being and care of Makokou who will celebrate his 35th birthday on 9 July, remains of paramount importance for all staff at the Joburg Zoo.’

The only way to see how bad the lesions are is using the CT scan.