This is the terrifying moment a huge deadly sea snake swam right up to a man riding a jet ski in the middle of the ocean.

Youtuber Brodie Moss was on the water craft with his dog Stryda when the large water snake approached them.

Sea snakes are front-fanged serpents that live in warm coastal waters in the Indian and Western Pacific Oceans and come up to the surface to breathe.

A big curious venomous sea snake, one of my favourite creatures 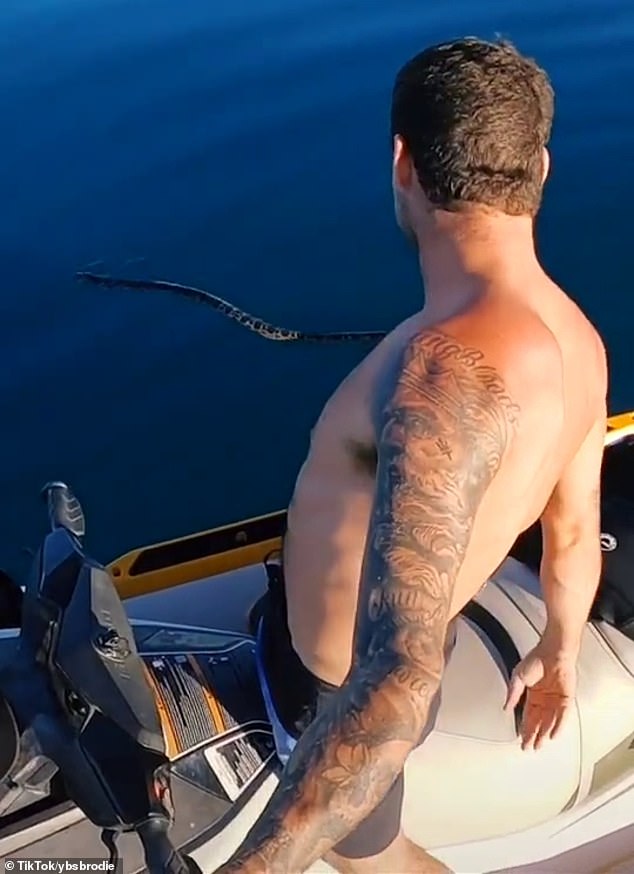 A large venomous sea snake has swum up to Brodie Moss (pictured), while he was riding a jet ski in the middle of the ocean

‘He’s huge,’ Mr Moss exclaimed as the snake came up the jet ski in the footage uploaded to TikTok.

He called his dog away from the coral reef serpent to make sure he wasn’t bitten by the dangerous reptile.

‘How are you going, my name’s Brodie, very nice to meet you,’ he greeted the snake who bumped into the ski. 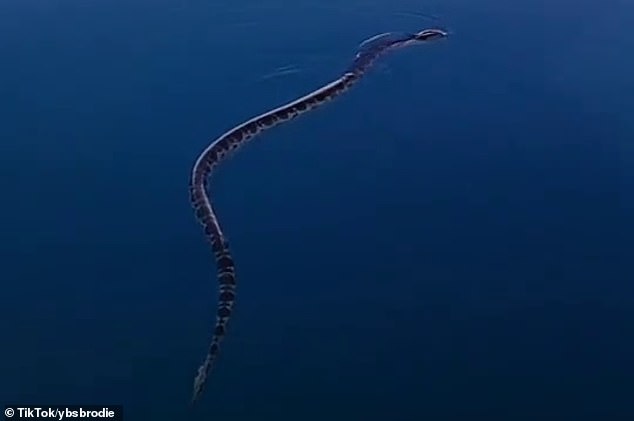 WHAT ARE SEA SNAKES?

Sea snakes, also known as coral reef snakes, are venomous serpents that live in the water most or all of the time

Many cannot crawl on land because their bodies are evolved to swim in the water, and can be submerged for eight or more hours

Most species live in waters less than 30 metres deep and dive to the seafloor to eat from coral reefs and mangroves, and many hunt fish and eels

They breathe from their skin, but must take in oxygen from the surface of the ocean

Sea snake venom is the most potent of all serpents, but human fatalities are rare because sea snakes are usually not aggressive