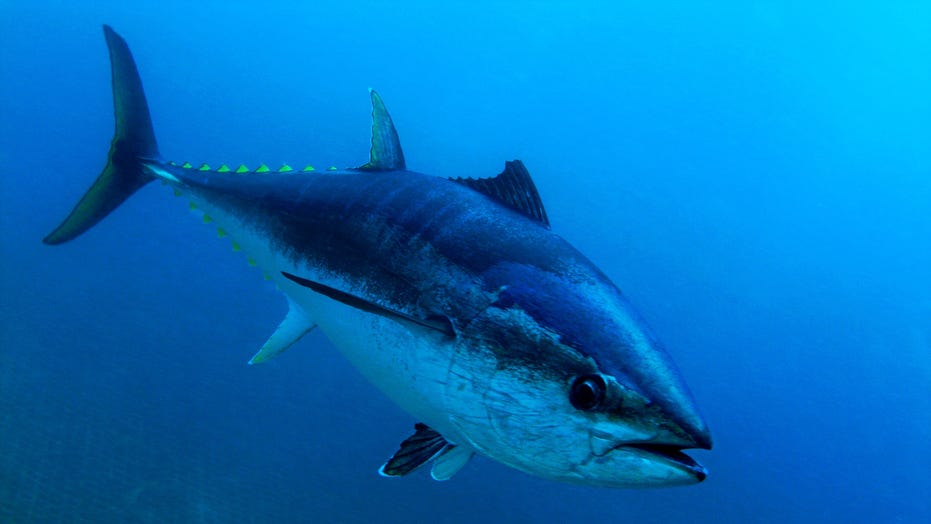 This is a nice way to end the season.

A trio of teenagers in Massachusetts say they recently went "crazy" when they realized that they had hooked a truly massive fish that was so big, it barely fit onto the deck of their boat.

Dan Smith, Kyle Falle and Jim McCormack reeled in a giant bluefin tuna off the coast of Massachusetts in early October, WCBV reports. The fish reportedly weighed over 1,000 pounds and measured over 10 feet long.

McCormack told the news outlet, “When we hooked up, there's nothing like it. This is the biggest adrenaline rush, we're all going crazy."

Julia Nicole Charters, who the trio had chartered the boat from, published footage of the catch to its Facebook page. In the video, the anglers can be seen struggling to bring the fish out of the water without breaking any equipment.

On the charter company's website, the tuna is listed as one of the largest caught in the area.

“We just started pulling it into the boat and the hauler just seized up," Smith told WCBV. "And it didn't want to pull the fish up anymore and I never had that happen."

Fortunately, they were able to get the equipment working.

"Nobody counts the fish caught until it's on the deck," McCormack explained. "And that fish barley fit on the deck. Yeah, that was a tough one."

They explained that when they initially hooked the fish, they had no idea what was on the other end of the line and initially believed it might be a shark. It took a half-hour of fighting to get the fish close enough to the surface to see what it actually was.

“Once we got eyes on it, it looked like a surfboard going across the water, it was huge," Falle said.

The teenagers have since sold the fish to be used as food overseas, according to reports.