AN UNFORTUNATE passerby has incredibly survived after a spanner that was dropped by a worker working on a high rise building became stuck in his skull.

Extraordinary pictures show the man floored but still conscious seconds after the piece of equipment became embedded in his head in the bizarre incident in China. 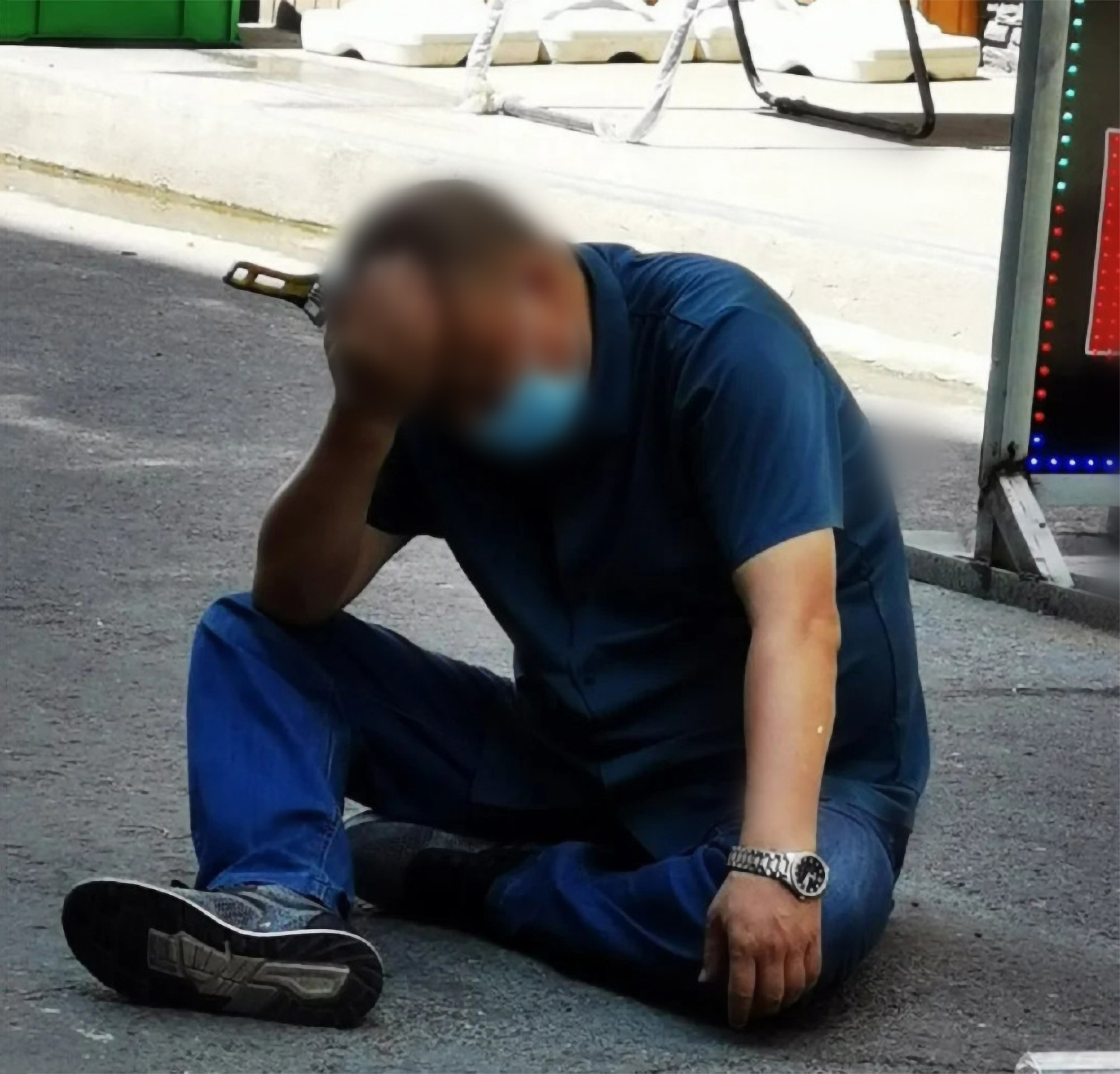 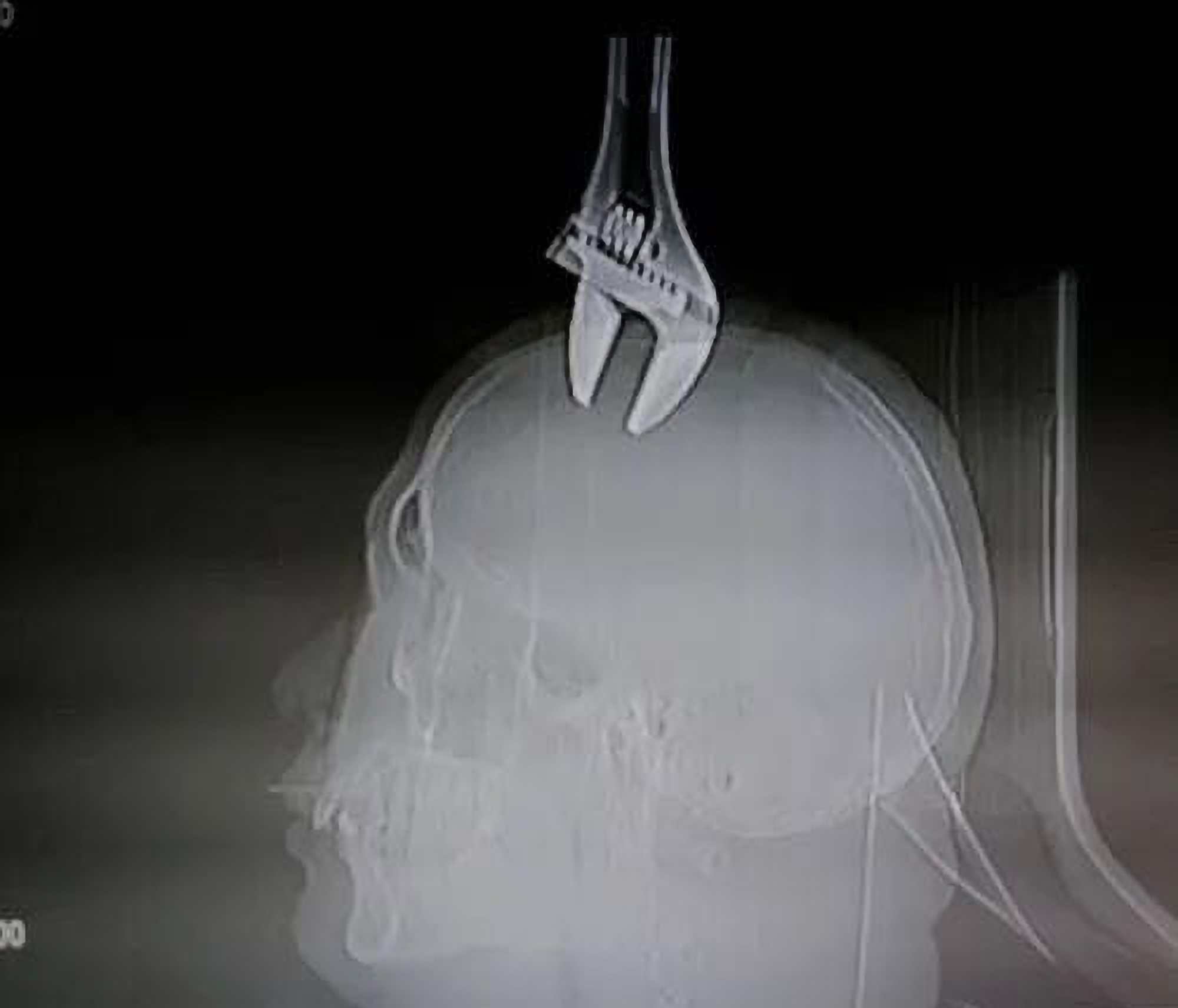 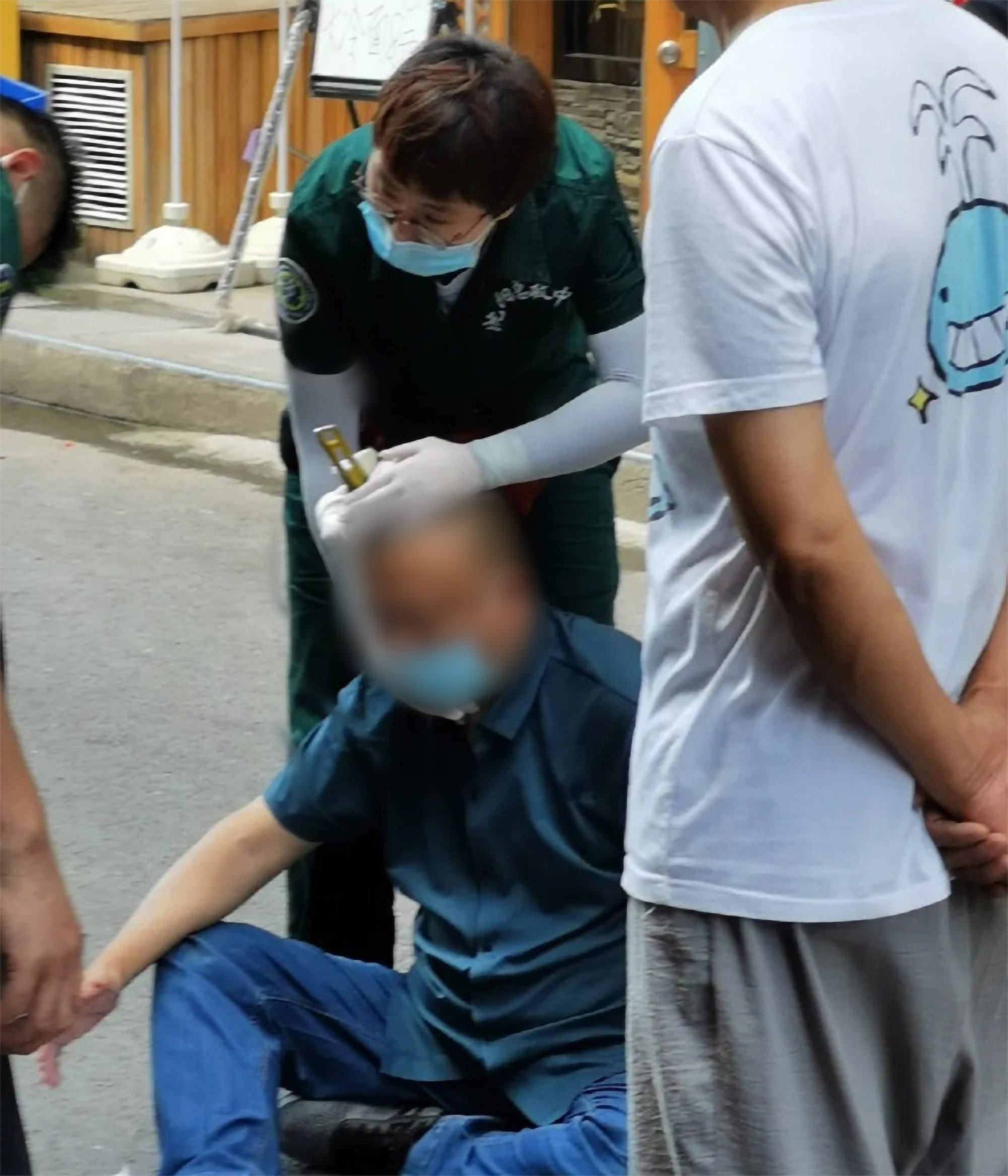 An X-ray photo demonstrated the extent of the damage – with the spanner lodged almost an inch deep in his skull.

Nimble-fingered medics managed to remove the tool after he was rushed to hospital.

A worker had been installing an air-conditioning unit on a nearby high-rise building when he accidentally dropped a spanner which impaled the unnamed man.

The man collapsed to the ground but was still incredibly conscious after he was hit by the workman's tool in Shenyang, capital of Liaoning Province in north-eastern China.

Shocking images show the man lying on the ground with the 15-centimetre (5.9-inch) spanner caught in his skull on August 6.

The man – reportedly around 50 years old – who was not named was apparently in the city on a business trip when he was floored by the tool.

Medics treated him before taking him to Shengjing Hospital, China Medical University, where he underwent successful surgery to have the tool removed.

He remains in the ICU unit for further observations and Professor Bao Min, the facility's head of neurosurgery, said about two centimetres (0.8 inches) of the spanner was lodged in the patient's skull.

Surgeons removed bone fragments from his brain during the operation, which he called "very successful", Shenyang Television reports.

The patient suffered no life-threatening injuries and is in stable condition while being monitored in the ICU.

His family is at his bedside and also confirmed the doctor's assessment that he seems to be responding normally with no obvious signs of mental or physical disability as a result of the incident.

Police confirm that the spanner had been dropped from a man working on the eighth floor.

It was not revealed what action is being taken against the worker. 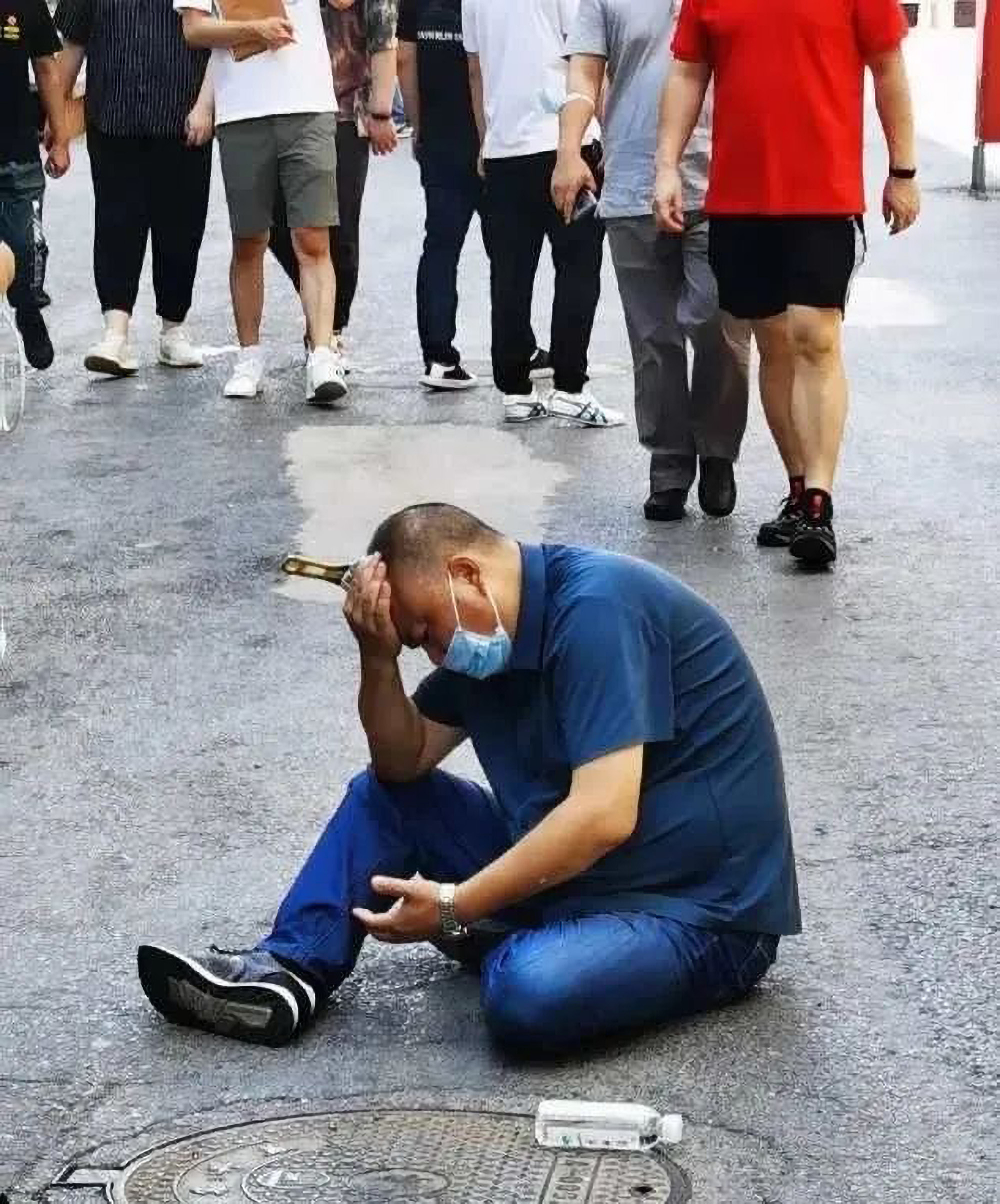 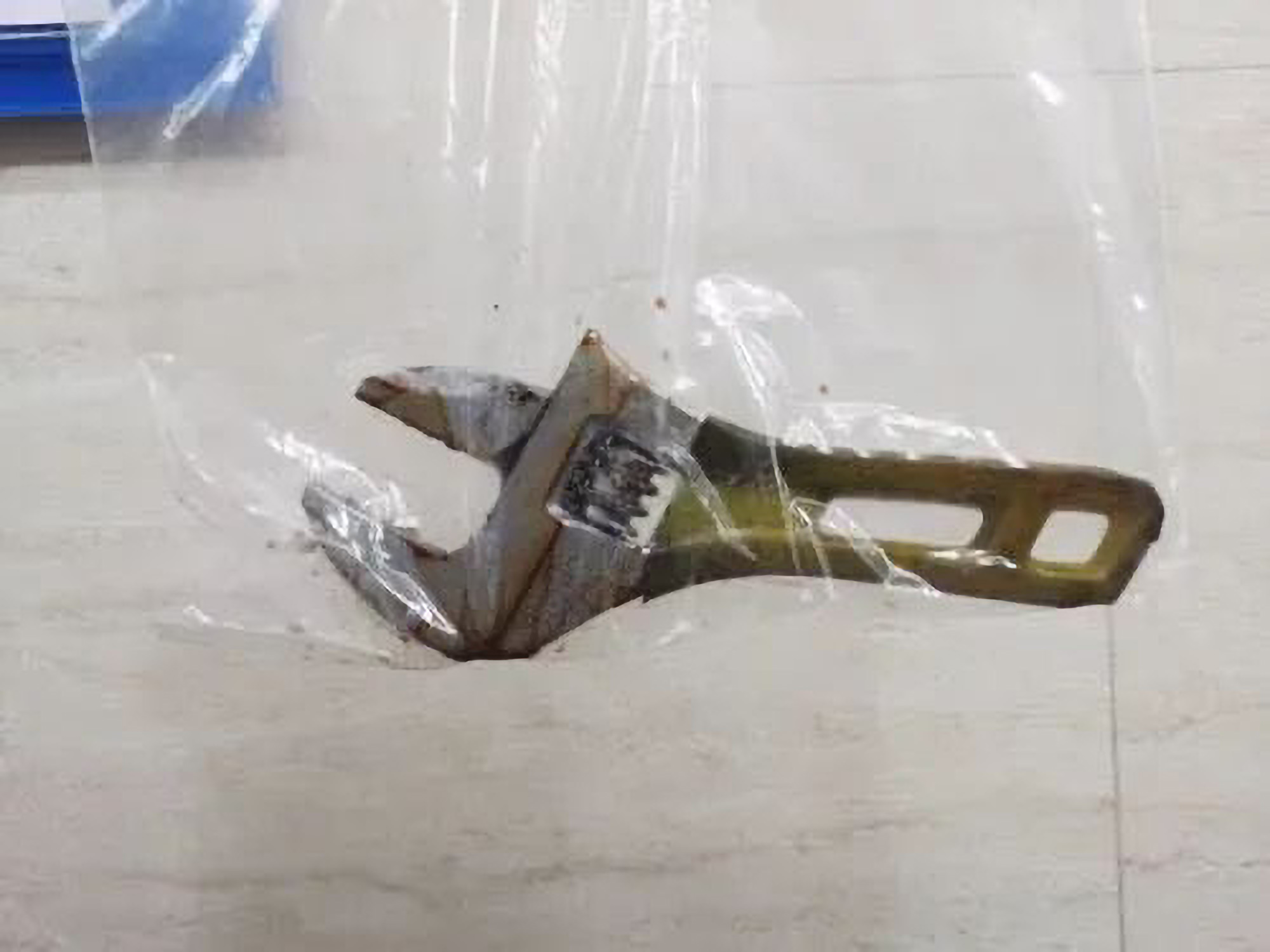 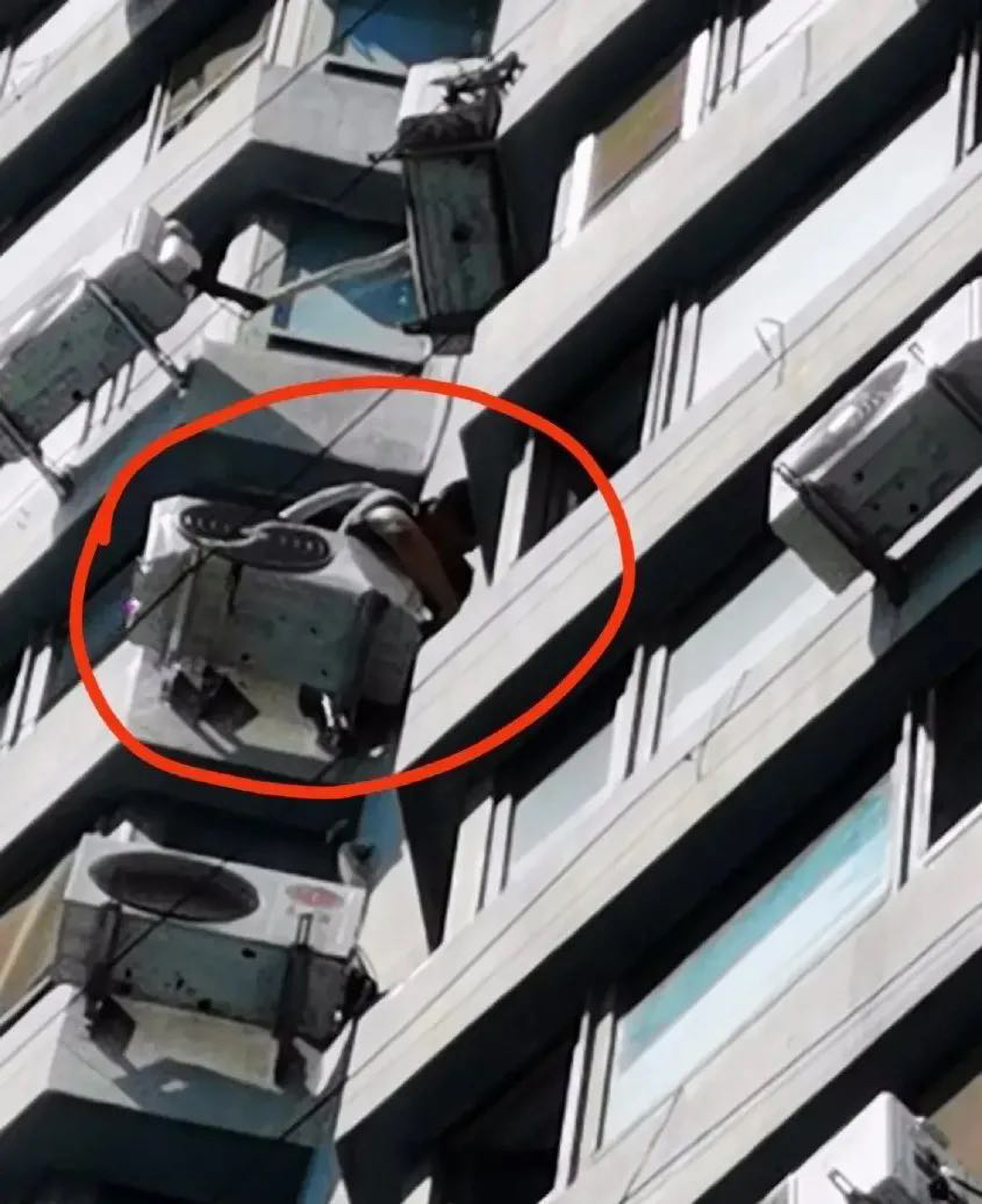