Mother reveals horrific injuries of tree surgeon son, 24, left brain dead with giant hole in head after horror car crash as she pleads for £10,000 to care for him at home

A mother is trying to raise £10,000 to care for her son at home after he was gravely injured in a car crash last year.

Ryan Womack, 24, left his friend’s house to visit a nearby chip shop before losing control of his car in October 2018.

The man, who suffered serious brain damage, is now living in a nursing home in Ormskirk, West Lancashire. 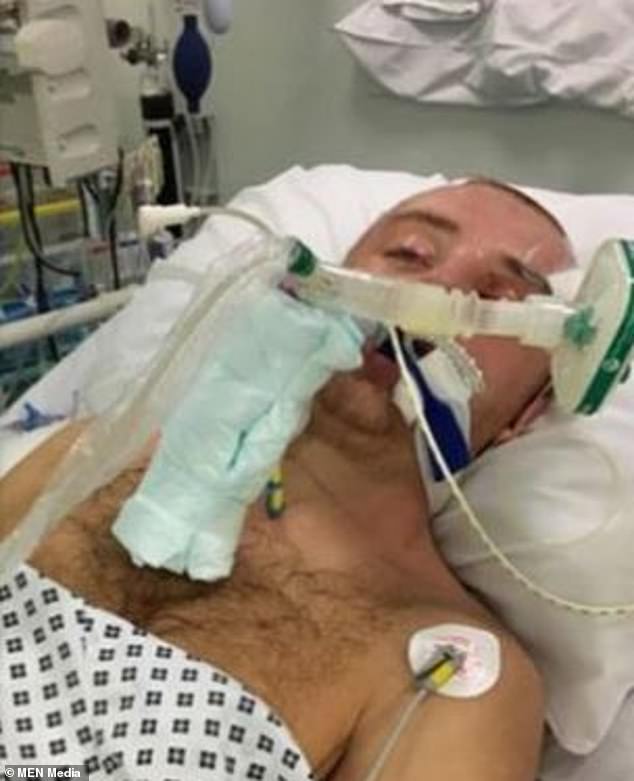 After the incident, Ryan Womack’s brain started swelling and he had to undergo surgery

At the time of the accident, which nearly killed him, Mr Womack was working as a tree surgeon in Manchester.

His mother Helen Womack is now trying to take him out of the care home because she has time to look after him.

She told Lancs Live: ‘It was just horrific.

‘I have to reign myself in when I talk about it because if I started crying I wouldn’t stop, I have to hold it in because I support the rest of the family.’

Mrs Womack also has another son, who is eight years old. 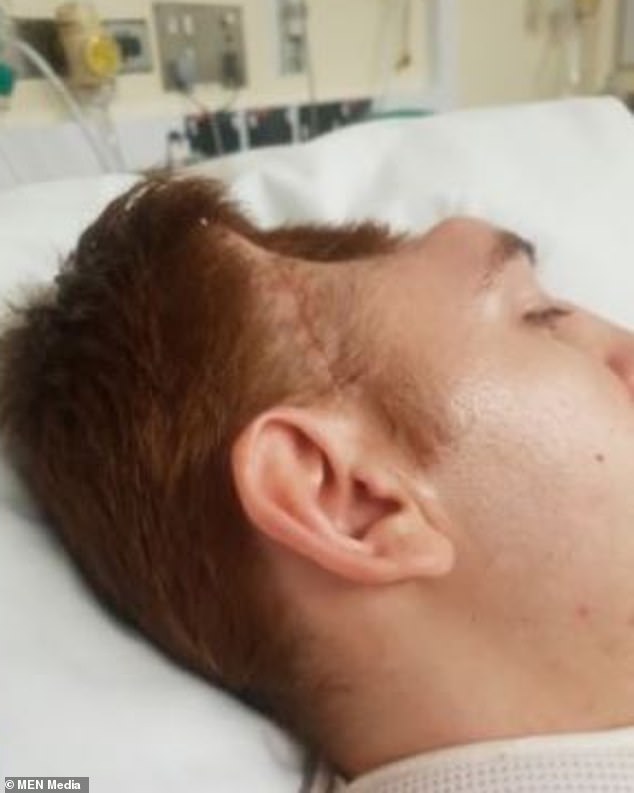 Ryam Womack, pictured after the craniotomy, which removed part of his skull, is now paralysed and unable to talk or eat

On October 6, 2018, just after 11pm, the young man left his friend’s house to go and get some food from a nearby chippy in Manchester.

While driving, he is said to have misjudged a bend, hitting three parked cars and smashing into someone’s garden.

He suffered serious injuries which caused his brain to swell rapidly.

‘The police told us we had to go to the hospital because he might not make it,’ Mrs Womack said.

‘We arrived in Manchester and I remember the doctor telling us that: ‘if we do this surgery he will never be Ryan again’. 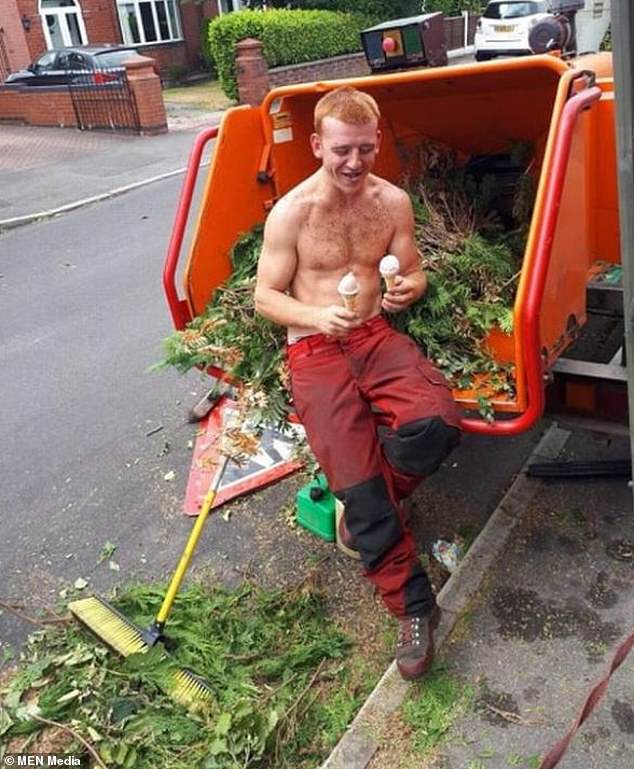 At the time of the incident, he was working as a tree surgeon in Manchester. Pictured: At work

‘I just told him to do what he had to do, I would do anything for him to live.’

The doctors performed a craniotomy on the man, removing a section of his skull to relieve the swelling of his brain.

Although the surgery saved his life, he is now paralysed and unable to talk or eat.

His mother said often her son does not recognise the other family members, even though sometimes he holds her hands and plays with her hair.

She described him as a happy-go-lucky and friendly person.

Since the accident, Mr Womack has been in and out of care homes and rehab centres. 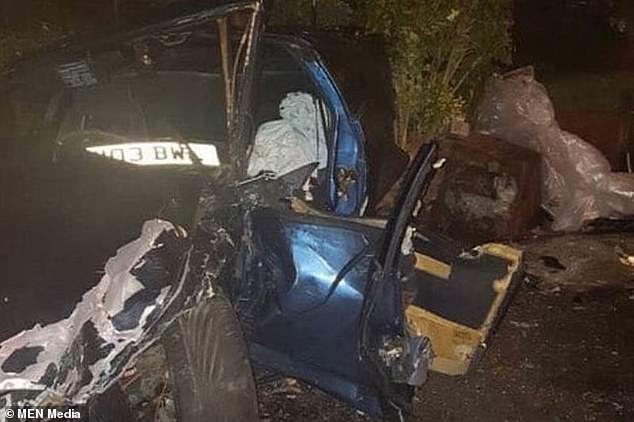 Doctors planned to put a plate into his head after the surgery, but it got infected and had to be removed.

The man is still living without part of his skull.

Mrs Womack said the members of staff at the Stocks Hall nursing home in Mawdeseley, Ormskirk are amazing, but she would like to bring her son home because she has time to take care of him.

She aims to raise £10,000 to complete an extension on their house which will give the man a downstairs bedroom, toilet and care facilities.

The family created a GoFundMe page to help get Mr Womack home.

Greater Manchester Police confirmed that there is no ongoing investigation as a result of the incident.