Surveillance camera captures man speeding through Argentine streets before arriving at ex-girlfriend’s work – where he is seen chasing, gunning down former partner then shooting himself dead in front of cops

Terrifying surveillance footage revealed how a jilted man sped to his former girlfriend’s job, then chased her inside before he shooting her dead ultimately turning the gun on himself.

Hugo Marchi, 65, shot Veronica Villalba, 52, three times in front of one of her two co-workers at the Martin Fierro Bakery in the Buenos Aires municipality of Tres de Febrero on Tuesday.

An Argentine street security camera showed Marchi driving Villalba’s car and then entering the shop at 6:20 am local time as she and her coworkers were preparing for customers to arrive.

Marchi appeared in the bakery camera placing an envelope on top of the counter and arguing briefly with Villalba. He then dropped a gun from his waistband before he picked it up from the floor. 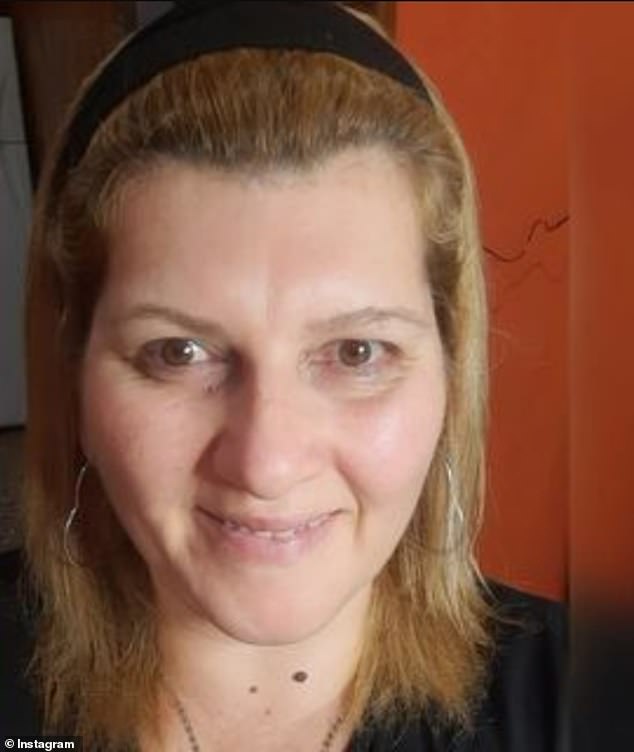 Verónica Villalba (pictured) was murdered Tuesday morning by her ex-boyfriend at a bakery she worked at in Tres de Febrero, Argentina. The 52-year-old was setting up for customers to arrive when her ex Hugo Marchi entered the shop and chased her around before shooting her three times 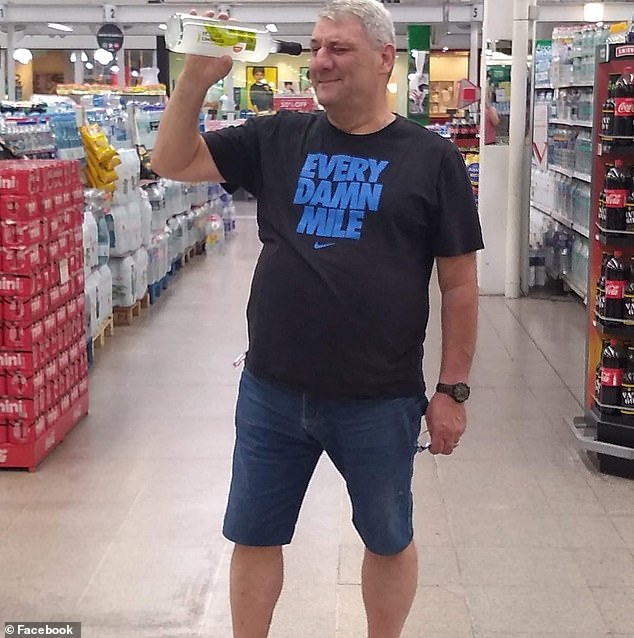 According to the bakery owner, Hugo Marchi (pictured) had sent a series of threatening messages to his ex-girlfriend and demanded that they resume their 10-year relationship that came to an end in August 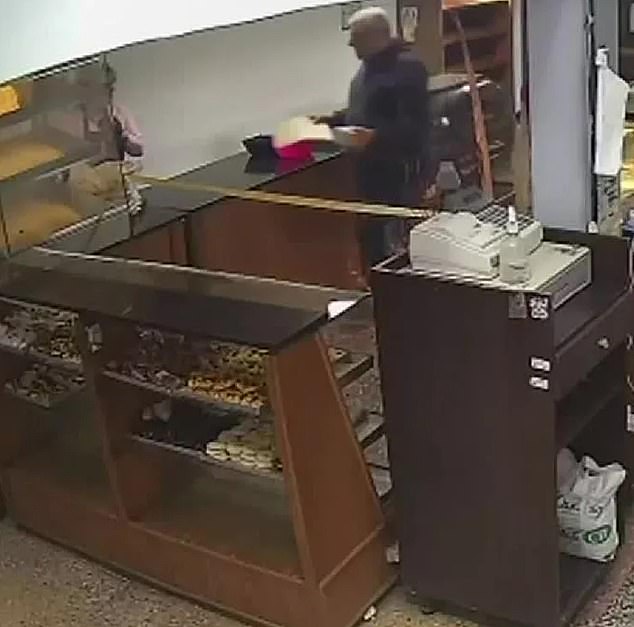 Marchi (right) approaches Villalba (left) at the bakery before he shot dead his ex-girlfriend of 10 years Tuesday morning in the Argentine city of Tres de Febrero.  Cops confronted Marchi who refused to stand down and shot himself in the head. He was declared dead at the scene

Subsequently, Villalba ran for her life as Marchi chased after her through the stock room and into the kitchen.

At one point, Marchi pointed a gun at her coworker Emilio and told him not to get involved. Emilio was hiding in a refrigerator when Marchi fired two shots at Villalba.

Moments later, Emilio raced out of the kitchen and went into the street to request help from the police.

A patrol unit arrived three minutes later and two cops entered the bakery to arrest Marchi. However, he shot himself once in the head before police could apprehend him. 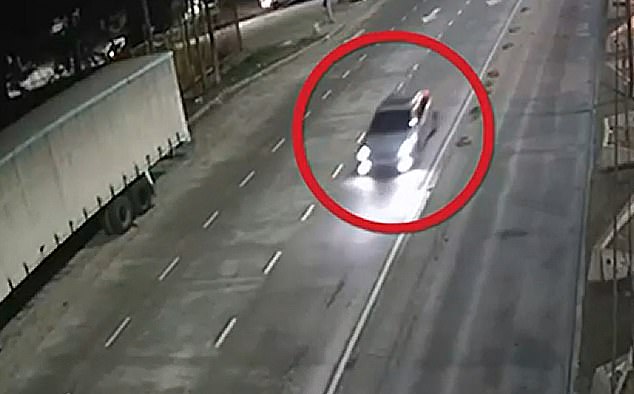 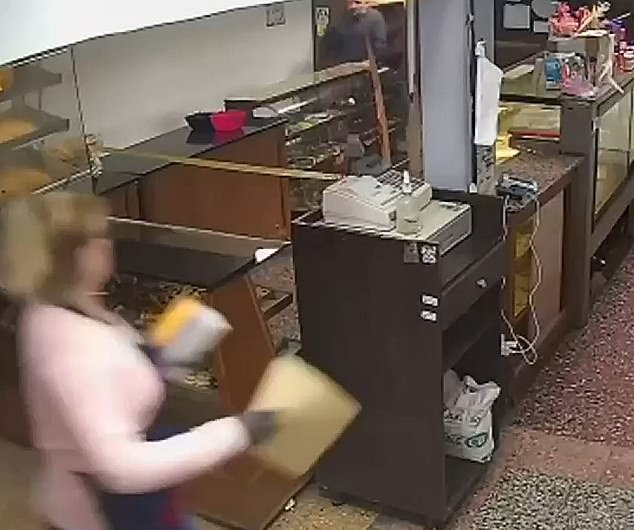 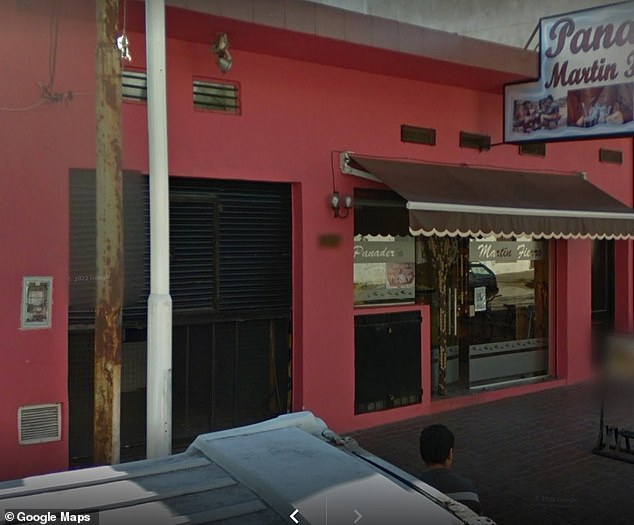 A 65-year-old man who was upset his 52-year-old girlfriend had ended their 10-year relationship in August and insisted that they resume it. The man sent his ex threatening text messages before showing up at her place of work on Tuesday morning

According to local news outlets, the couple’s 10-year relationship came to abrupt end about a month ago and they last saw each other on Sunday.

The bakery owner, who identified herself as Lucía, told state news agency Télam that Marchi and Villalba also met three weeks ago in the town of San Martín so that she could sign off on the transfer of the title of the Ford Focus that was under her name. Marchi was the main user of the car.

‘They saw each other Sunday and (Marchi) advised her to change the keys to the lock because he had the ones that he had taken away from her,’ Lucía said. 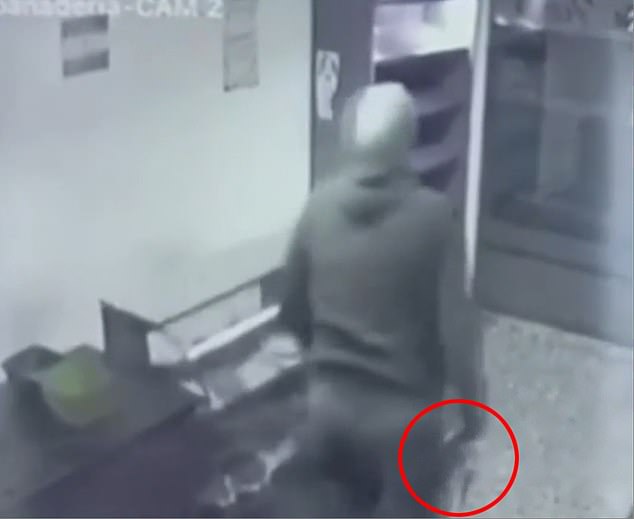 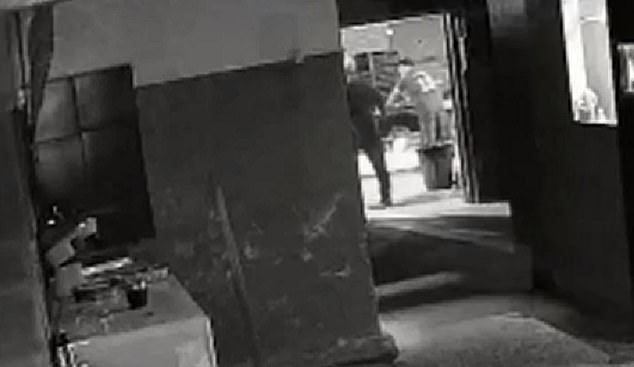 A surveillance camera in the stock room area shows Marchi (left) confronting employee Emilio (right), a co-worker of Villalba, before he instructed him not to get involved and then shot Villalba three times

In an interview with Cronica TV, Lucia revealed that Marchi had been sending threatening text messages to Villalba and vowed to kill himself.

‘I told her two weeks ago why she didn’t report him (to the police) and she said that since he had never hit her or anything, they weren’t going to (pay her attention),’ Lucia said.

Another co-worker told channel CN5 that Marchi was always texting Villalba, asking that they resume the relationship.

‘Up until Sunday she showed me that he told her that he loved her and that he wanted to return,’ Marina said. ‘She didn’t want anything do to with him. She wanted to finish the paperwork (transfer) of the car, which belonged to him but was in her name.’