DETECTIVES have arrested a suspect on suspicion of murder after a 51-year-old man died following an assault outside a Cotswolds pub.

Cops today named the victim as Colin Leslie, 51, who died a week after he was attacked in Bourton-on-the-Water, Gloucestershire. 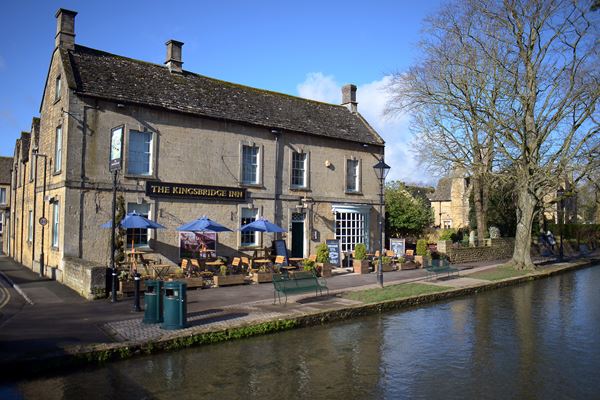 Gloucestershire Police now say a 52-year-old man from London has been re-arrested on suspicion of murder and remains in custody.

An investigation was launched after it was reported that a man had been punched and fallen unconscious at the Kingsbridge pub on August 28.

Mr Leslie, from Cheltenham, was taken to John Radcliffe Hospital in Oxford with head injuries but died eight days after the incident.

In a statement released by police, his family paid tribute to the "dearly loved" parent.

"Colin was a dearly loved son, father, brother, partner and uncle," they said.

"Colin was always a happy guy who was well known to everyone and who touched so many lives.

"We as a family are absolutely heartbroken that he has been tragically taken from us like this. Our lives without Colin will never be the same again."

Detectives are continuing to ask for anyone who has not already spoken to officers to get in contact.

"Police are particularly keen to hear from anyone who was there and may have filmed the incident on their mobile phone," a force spokesman added.