Lukashenko says Russia 'must be ready' to use nuclear arsenal

Sviatlana Tsikhanouskaya announced plans for a coup to overthrow Lukashenko as she revealed the creation of a transitional government of Belarus to “restore constitutional law and order” in the country. She said: “I made the decision to create a unified, provisional cabinet.

“This is a collective executive body that will work on our main goals every day, defend the independence and sovereignty of the Republic of Belarus, represent the national interests of Belarus, and carry out the actual de-occupation of our country.”

As she prepares to wield her axe against Lukashenko’s regime, Ms Tsikhanouskaya also announced her ‘Peramoga plan’ – a civil coup which will be triggered at an unspecified time.

She told The Spectator thousands of Belarusians have already signed up, registering their willingness and skillset through an anonymous chatbot.

This means when the time comes, volunteers will each receive a text message with tailored instructions. 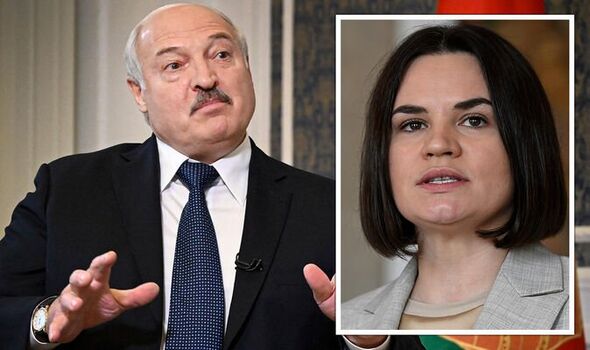 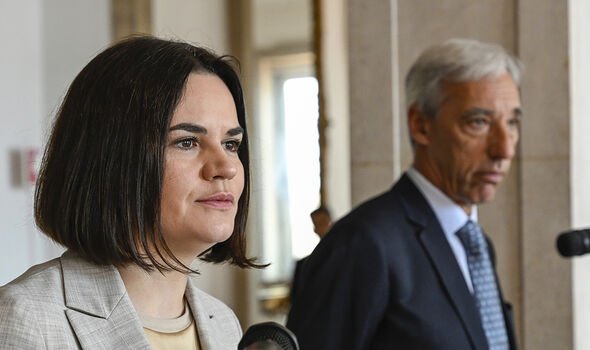 She said: “Our task is to exhaust the regime before the regime exhausts us.

“I think over the past two years we have shown that we can do this.

“Everyone must be equal in the eyes of the law – even criminals like Lukashenko’s regime.”

Her bid comes on the anniversary of the disputed 2020 Belarus presidential elections. 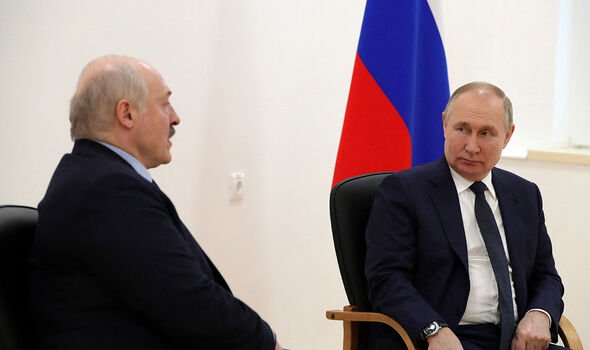 She posted on Twitter: “I want to applaud Belarusians and friends of Belarus around the world for carrying our torch of freedom. You made sure that our voices are heard.

“On this Day of Solidarity with Belarus, two years after the stolen elections, I thank all who kept our light burning.”

Ms Tsikhanouskaya went up against the dictatorial incumbent of 26 years, who is believed to be in place due to rigged elections. 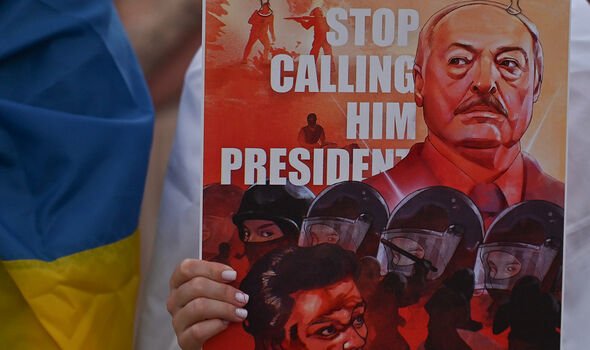 Lukashenko was declared the victor by a landslide in the August 9, 2020 vote, which triggered angry protests across the nation as thousands took to the street to contest the election results.

But Lukashenko has won every presidential election held in Belarus since it split from the Soviet Union in the early 1990s.

Ties between Belarus and the West have plunged since Lukashenko cracked down hard on the opposition after a disputed 2020 presidential election. 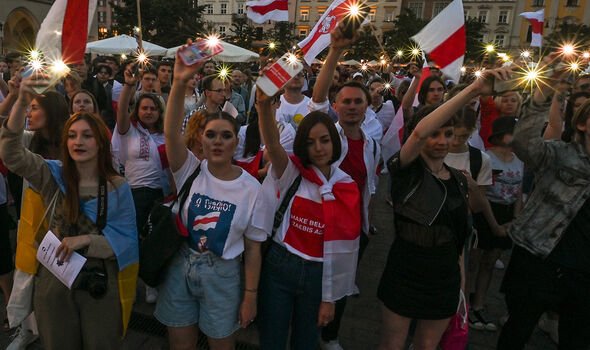 Belarus also allowed Russia to use its territory to launch a major prong of its February 24 invasion of Ukraine and has remained a consistent ally of Putin.

But Ms Tsikhanouskaya urged the West to understand the regime and people of Belarus are “two different things”.

She added: “It is difficult for Lukashenko to sell [Russia’s war in Ukraine] to the Belarusian public, but he understands that the larger threat to him comes from the Kremlin. However much he says the collective West is trying to destroy Belarus, he knows this isn’t the case. But for the Kremlin to cross red lines is very easy to do.

“Belarus is also a part of Europe. It is important to convey to our Western allies that Belarus cannot be forgotten about in relation to Russia and Ukraine, and that the regime and the people are two different things.

“We need solidarity, and to know that we are not fighting this enemy alone.”