A long-time England fan who witnessed first hand the 1966 World Cup Final will be at Wembley Stadium tonight, hoping that he will see the same result he saw 55 years ago.

John Marney, 78, has been a steward at Wembley throughout the Euros, and has had a stellar view of the proceedings next to the Royal Box and the VIP area.

He recalls that back in 1966, when he was aged 23 and working for a printer in Watford, things were quite different. 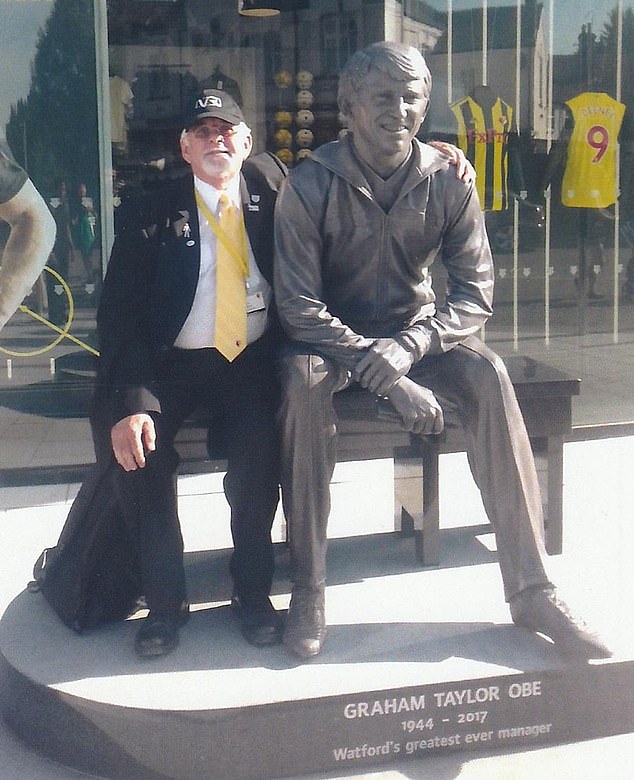 John Marney, 78, has been a steward at Wembley throughout the Euros

‘Back then, you had to buy a book of tickets for all the games including the final and I hadn’t done that,’ he said.

‘I lived a 15 minute drive from Wembley and I’d watched all the games by just turning up and getting a ticket. I watched the first 10 minutes of our quarter-final against Argentina on the TV then drove down and got a 15 shilling (75p) ticket from a tout for 7/6 (38p).

‘The final was different. It was a total sell-out but a friend at work had a girlfriend who, because of illness, got hold of two tickets and they got to him and he took me along.

‘I remember the people in the seats around us had all got to know each other by attending all the games and were passing Scotch around. 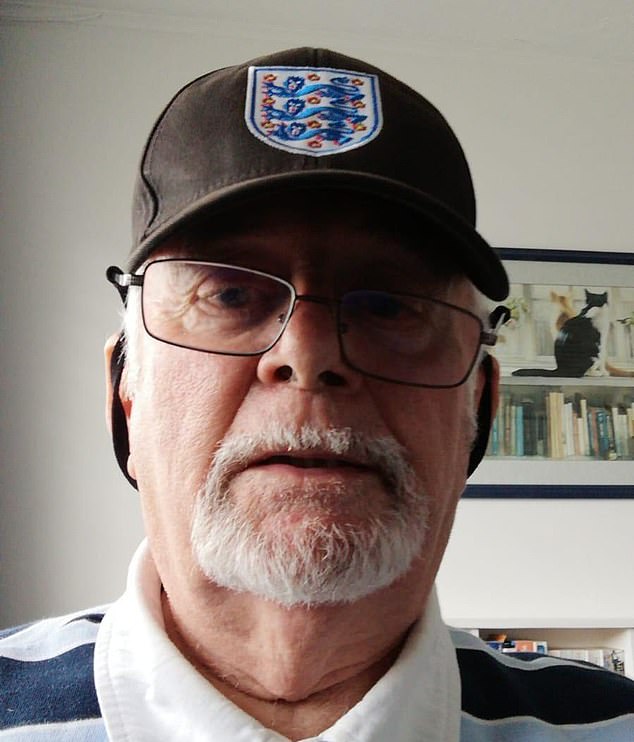 John Marney recalls that back in 1966, when he was aged 23 and working for a printer in Watford, things were quite different in the World Cup finals

‘I was right behind the goal where Geoff Hurst struck his famous winner with the last kick of the game.’

He claims that today’s atmosphere is even better, even though spectators can’t drink or smoke, things they were able to do decades ago.

‘The noise, the clamour, the happiness is just on another level now. . It was more reserved in 1966.

‘The atmosphere now is a lot more exuberant. I don’t know why Sweet Caroline has been adopted by the crowd and the team but it has. The whole team sang it to the Royal Box after the win over Denmark.

‘But there were real scenes back then too. After the game I drove round to Trafalgar Square which was absolutely rammed and a coach pulled up, the driver got out and jumped straight into the fountains. The police just stood watching on.’

The father of two is confident that England will win again this evening, citing similarities between the teams and their managers 55 years apart.

‘Like Alf Ramsay, Gareth Southgate has built a team,’ he said. ‘Everyone had heard of Banks and Moore and Hurst but 1966 had other players like George Cohen and Ray Wilson who were not so well known but crucial to the team.

‘This side is the same. They play as a team and they all equally important. I am sure they will win.

Roger Homer, who also saw his national team lift the World Cup in 1966, will also be at Wembley tonight.

The 74-year-old was just 19 when he saw England sail to victory 55 years ago, and is hoping for a similar result this evening. 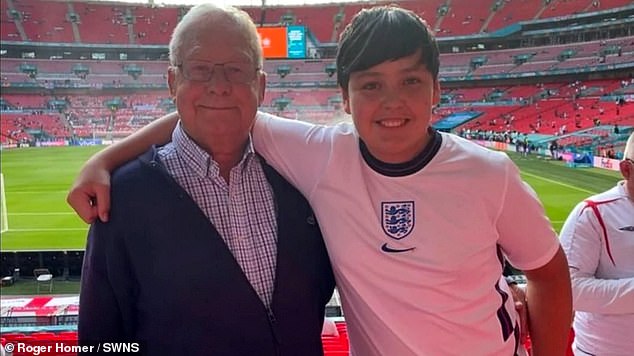 Roger Homer with his grandson Harley, aged 16, at Wembley on Wednesday night

The retired chartered accountant from Halesowen has been to nearly every England match during Euro 2020 with his grandson, Harley, aged 16.

‘A lot of that is down to Gareth Southgate, who I see a lot of Alf Ramsey in.’

The World Cup finals in 1966 marked Roger’s first visit to Wembley, though he had attended 10 matches in the competition in total.

‘Because I live in Halesowen, I chose the Midlands area to go to the 10 games. 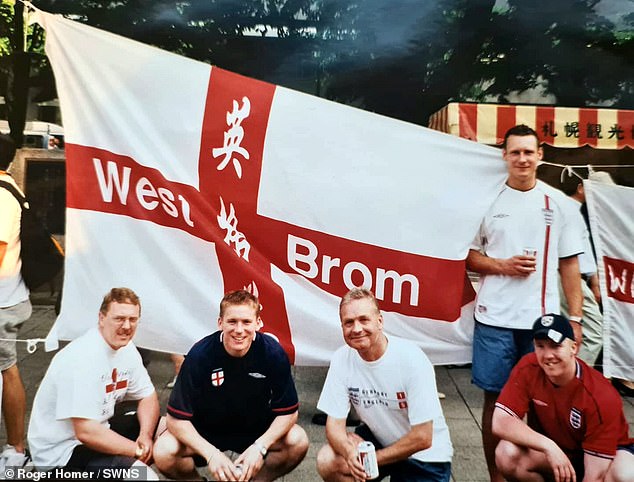 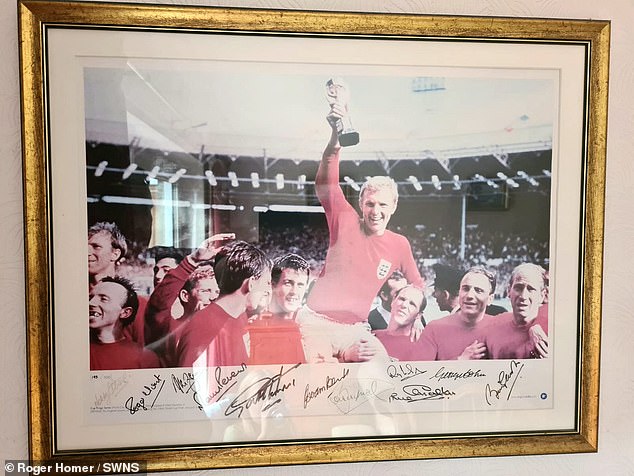 Roger still has memorabilia from the 1966 match, including this signed photo of the squad

‘As England played all their games at Wembley, I didn’t actually see England play until the final.’

Like John, he retains vivid memories of the day.

‘The atmosphere was unbelievable,’ he said. ‘People talk about the atmosphere now, but it was such a contrast.

‘In the 60s, you had football crowds but you never had unified chanting like they have nowadays, but for the final everybody was singing.’

Since then, he has travelled across the world to watch and support the England team, and was in Munich for the famous 5-1 win against Germany in 2001, and the 2002 World Cup in Japan. 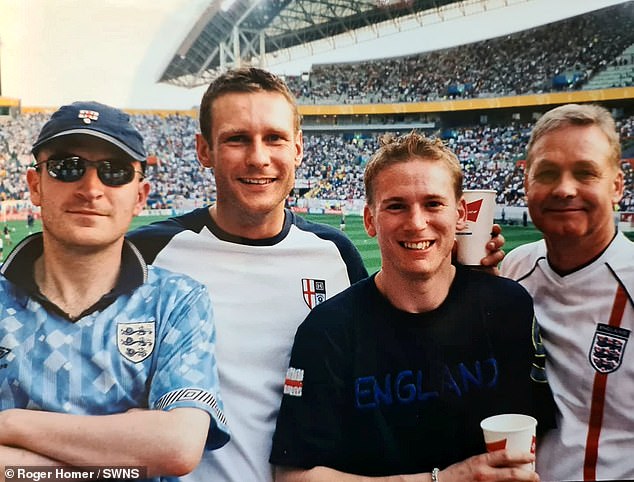 ‘In my life, my two teams, West Brom and England, have made eight major semi-finals,’ he said.

‘Wednesday was the first time any of them had won one. I might never get another chance to see England in a major final.’