A Liberal MP has accused the Nationals of grubby political tactics after the Coalition’s sister party bought the domain name of an independent MP to spread negative information about her.

Mildura MP Ali Cupper was elected as an independent in 2018 after she won the north-west Victorian seat from a Nationals MP. In December she joined influential upper house MP Fiona Patten’s Reason Party but ended that alliance last month. 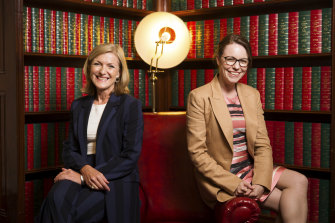 When she joined Reason, the Nationals purchased the domain name alicupper.com, which included negative information about Ms Cupper. The website’s banner stated “Who really is Ali Cupper?” and reminded readers the Reason Party was formerly called the Sex Party. The site is no longer active.

In response, a Reason Party staffer purchased several website domain names bearing the names of Nationals MPs, with readers redirected to the Reason Party website. But Ms Cupper claimed she was uncomfortable with the Reason staffer giving the Nationals a taste of their own medicine and said the “refusal to relinquish” the URLs was a major factor in her decision to break with Reason.

Leaked messages from a WhatsApp group of Coalition MPs have disclosed an internal stoush between the Liberal and National Party MPs over tactics employed in the Nationals’ attempt to beat Ms Cupper. 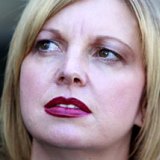 She then told Coalition colleagues they owed thanks to the Reason Party staffer who purchased the domain names “for proving to be everything I ever thought of him”.

She added: “But [this] does reek of hypocrisy on both sides. It’s just sad that either side ever went that low to begin with.”

That prompted an angry response from Nationals deputy leader Steph Ryan, who said the National Party was justifiably highlighting on the websites Ms Cupper’s political record.

“There’s nothing low about what we did Wendy. We took a website to tell the people of Mildura about the issues Ali and Fiona were selling in Melbourne,” Ms Ryan wrote.

Ms Lovell responded by saying: “Purchasing her domain name and running a website in her name was low Steph.”

Other Liberal MPs joked about Ms Cupper’s defection, which is seen as a boost to the Nationals’ chances of regaining the regional seat. Health spokeswoman Georgie Crozier said the alliance “didn’t last long” while upper house MP Bernie Finn said his “heart bleeds” for Ms Patten.

The website taken out by the Nationals, which prompted the reaction from the Reason staffer, stated Ms Cupper had “a history of changing her political affiliations” – a reference to her previous run as a Labor candidate – and reminds readers that the Reason Party used to be called the Sex Party. “Is the Reason Party really what Mildura needs?” the website asks. 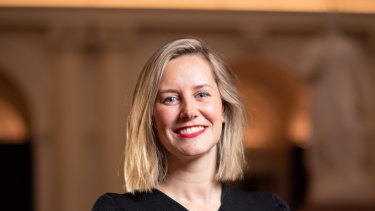 In a statement, Ms Cupper said her constituents did not want “games” or “distractions”.

“The coalition with the Reason Party was, to my mind, a way of increasing the influence of the Mildura electorate in the upper house, particularly on regional rate reform, which is of critical importance to our community,” she said.

The disclosure of Coalition WhatsApp messages came as the Liberal Party cancelled its long-awaited state conference that was due to be held on Saturday, June 5. The conference of party delegates, where president Robert Clark will face a leadership challenge, has been rescheduled for July 24-25 following Victoria’s lockdown.